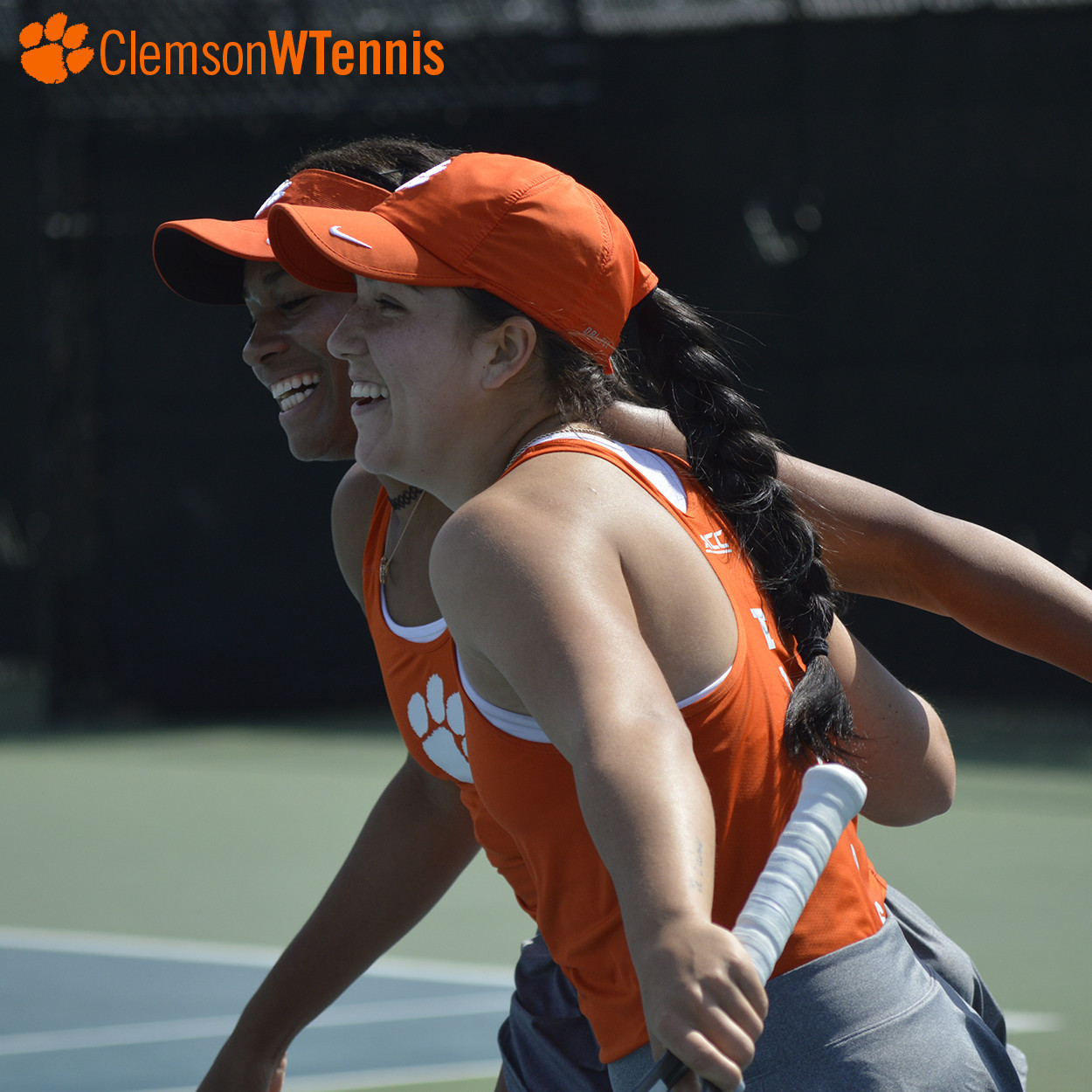 CLEMSON, S.C. – Ayan Broomfield and Marie-Alexandre Leduc upset the No. 7 doubles team in the nation and the Tigers won the doubles point on Sunday, but the Clemson women’s tennis team ultimately fell to fifth-ranked Georgia Tech 5-2. It was the Tigers’ third match of the year against an opponent ranked in the top-6 in the nation, and the second in just three days. With the loss, Clemson dropped to 3-7 (0-3 ACC), while the Yellow Jackets improved to 12-2 (3-0 ACC).

Georgia Tech picked up a win at No. 2 doubles to start the day, but Fernanda Navarro and Daniela Ruiz quickly evened the doubles race with a 6-2 victory at No. 3. The doubles point came down to Broomfield and Leduc, who were facing the nation’s seventh-ranked doubles team, Rasheeda McAdoo and Johnnise Renaud. Broomfield and Leduc trailed 4-3 in the match before winning three-straight points to complete the 6-4 upset and claim the doubles point for the Tigers.

In singles play, the Yellow Jackets won at No. 3, No. 5 and No. 2 singles, in that order, to take a 3-1 lead in the match before freshman Constanza Gorches won in straight sets, 6-4, 6-1, over her Georgia Tech opponent at No. 6 singles. The Jackets claimed the remaining two singles wins, at No. 4 and No. 1, to complete the 5-2 team victory.

Clemson returns to action for two more home matches at the Hoke Sloan Tennis Center next weekend, vs. Louisville on Friday, March 10 at 2:30 p.m. and vs. Virginia Tech on Sunday, March 12 at 12 p.m.