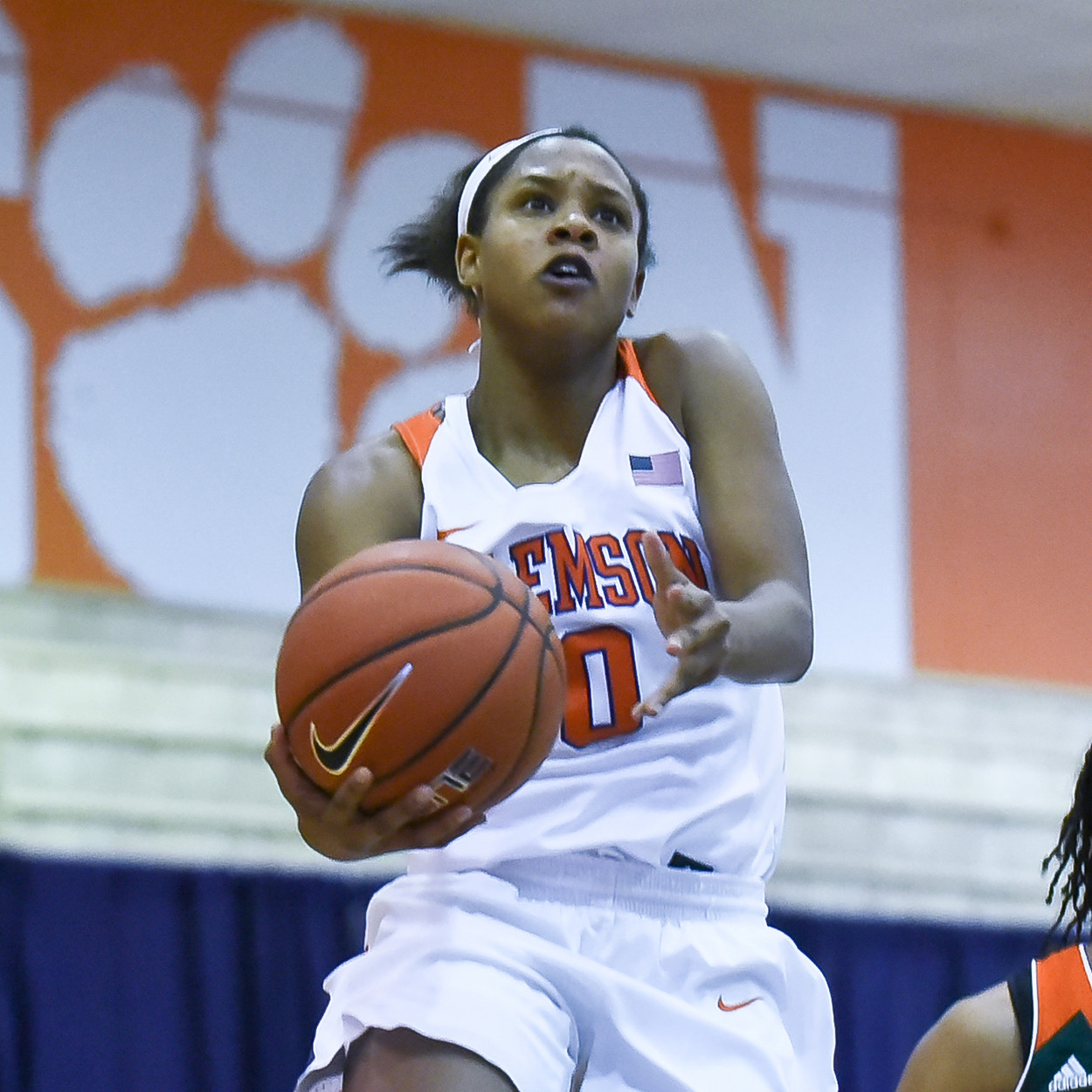 Despite Perry?s Career-High, Tigers Fall to Hokies in Blacksburg

BLACKSBURG, Va. – Despite a career-best 23-point effort by sophomore Nelly Perry, the Clemson women’s basketball team fell to Virginia Tech, 79-49, on Monday night at Cassell Coliseum in Blacksburg, Va.. With the win, the Hokies improved to 14-3 (2-2 ACC), while the Tigers fell to 4-13 (0-4 ACC).

“We tried to switch and take things away on defense but we were fouling and put them on the line too much,” said Head Coach Audra Smith. “That second quarter, we just couldn’t score. In the third and fourth we got better, but we need more people scoring than just Nelly. We have an opportunity to be in games and win games, but we just did not shoot the ball well enough tonight.”

The Tigers were strong defensively in the opening quarter, holding the Hokies to 2-for-11 from the floor and forcing seven turnovers. Clemson led 10-8 at the end of the quarter, thanks to the defense as well as six points by Perry. For the game, the Tigers forced Virginia Tech to commit 19 turnovers.

After the slow start, the Hokies heated up offensively in the second quarter, outscoring the Tigers 23-5, and then continued to shoot well from the field. After shooting 18% from the floor in the first quarter, the Hokies shot 59% in the final three quarters.

Perry finished with a career-high 23 points, on 8-for-19 field goals, 17 of which were scored in the second half. She led all scorers in the game. Perry also added seven rebounds in the contest, also a career-best for the sophomore wing.

“Nelly Perry’s effort was great tonight,” said Smith. “She played 36 minutes and she did a lot of good things for us.

Freshman Aliyah Collier was also in double figures for the Tigers with 10 points, along with a team-high eight rebounds and three assists. The rookie scored all 10 of her points in the second half.

The Tigers have two more games this week, both at home at Jervey Gym. The team hosts Duke on Thursday, Jan. 21 at 7 p.m. and Georgia Tech comes to town on Sunday, Jan. 24 at 2 p.m. Admission is free to all home games.