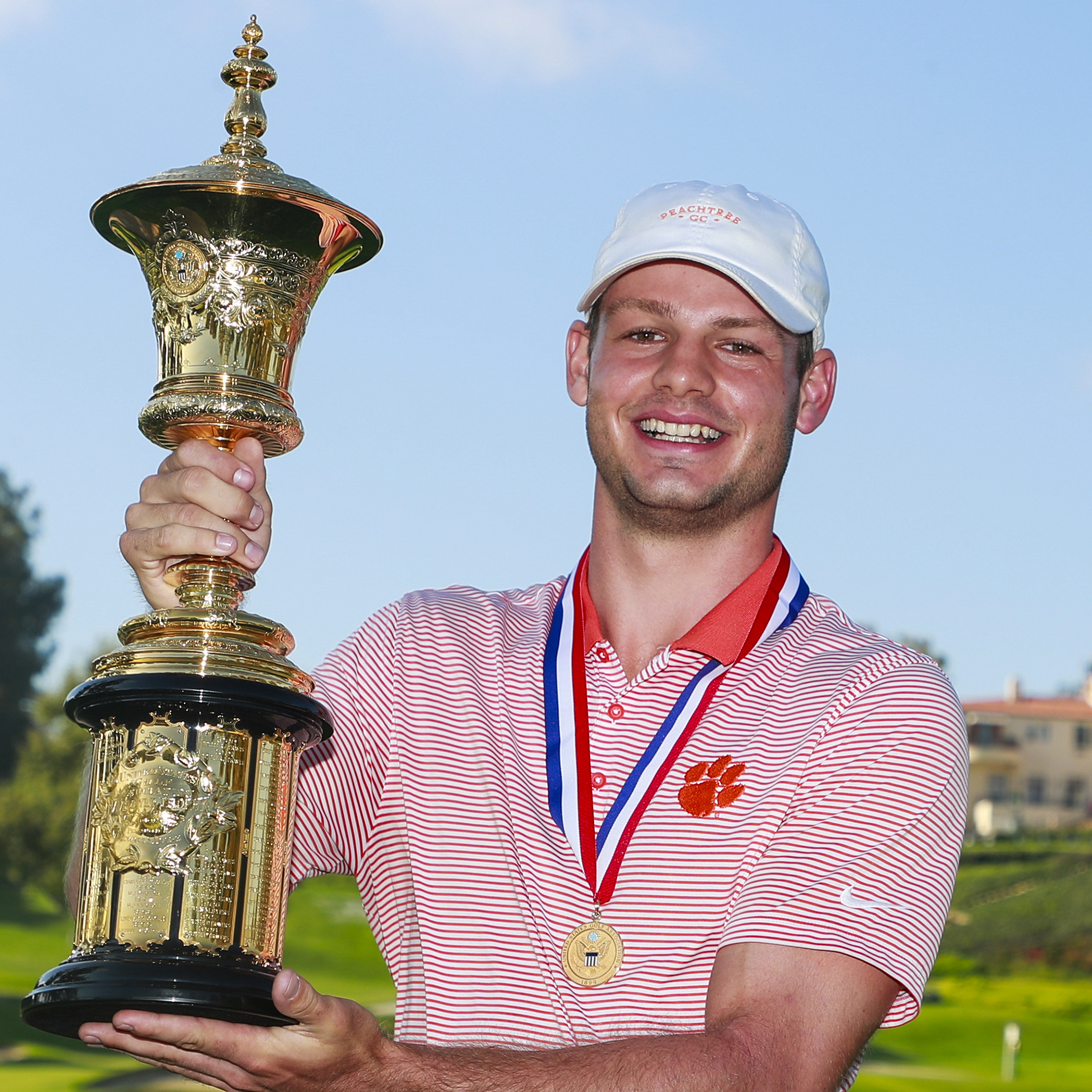 By   Pete Martin, College of Science

CLEMSON, South Carolina — You probably know Doc Redman for his prowess with a putter, but the Clemson sophomore is as comfortable in a math class as he is on the links.

Redman, 19, said he discovered his love for golf at an early age, hitting balls when he was 3 or 4 years old. His passion for math came later, while taking an AP calculus course at Leesville Road High School in Raleigh, North Carolina.

“Second semester of my senior year in high school I figured out that I really enjoyed math and the challenge that came along with it,” Redman said. “My teacher, Ms. Mayfield, made it enjoyable. That was the defining moment for me. From then on, I knew I wanted to major in math.”

“It was an honor to be recognized by the math department for my hard work over my first year,” Redman said. “Ninety-nine percent of math majors would agree that math is difficult, but I would say math majors choose to challenge themselves because they enjoy math. Theodore Roosevelt said, ‘Nothing in the world is worth having or worth doing unless it means effort, pain, difficulty.’”

Redman’s hard work outside the classroom has also paid dividends, such as his dramatic victory in the U.S. Amateur golf championship Aug. 20, which earned him the title of best amateur golfer in the nation as well as possession of the Havemeyer Trophy for one year. He also received exemptions to play in the 2018 Masters, 2018 U.S. Open, 2018 British Open and the next 10 U.S. Amateurs.

Redman said he will be honored to play, as an amateur, in professional golf’s premier events. But despite the rigorous schedule of practice and competitive play, he will remain focused on his studies.

“My only goal right now is to learn as much math as I can and try my best to excel in the field,” Redman said. “I think it would be awesome to one day be an actuary.”

Redman said he chose to attend Clemson University because he wanted a challenging environment with plenty of opportunities for growth, in and out of the classroom. He also liked the family atmosphere of the golf team.

Doc Redman and others watch a video of Redman during the U.S. Amateur golf championship, which he won in dramatic fashion on Aug. 20. Image Credit: Pete Martin / Clemson University.

“Academically and athletically, I thought Clemson was the perfect place for me to go,” he said. “Our academics are consistently very good and I thought it would challenge me and help me reach my academic potential.”

Redman applies his love for numbers to his golf game, analyzing the statistics from past rounds to focus and refine future practices.

“It’s clear that Doc is not only proficient at statistics, but he also knows his geometry,” said Chris Cox, chair of the department of mathematical sciences and one of Redman’s instructors. “We’re extremely proud of Doc and glad that he’s one of our majors.”

Although Redman admitted that juggling time on the course and time in the classroom can be challenging, he said golf has not impacted his studies.

Doc Redman plays his tee shot on the 23rd hole during the final round of match play of the 2017 U.S. Amateur at The Riviera Country Club in Los Angeles on Aug. 20. Image Credit: Chris Keane / USGA

“I’m doing — and plan on continuing to do — the same things I did last fall before I had played a single collegiate golf tournament,” Redman said. “I give 100 percent in the classroom and on the golf course. It’s very challenging to juggle the time, but I try to be as productive as possible when I’m practicing or studying, because I know that I don’t have any extra time to waste.”

One way Redman does this is by controlling only what he can control. He said this is the best advice he has ever received and a philosophy that guides him daily.

“In sports, control your attitude, your preparation and your mentality,” he said. “In the classroom, do the same thing. Practice hard, control what you can control and things will either work out — or they won’t.”