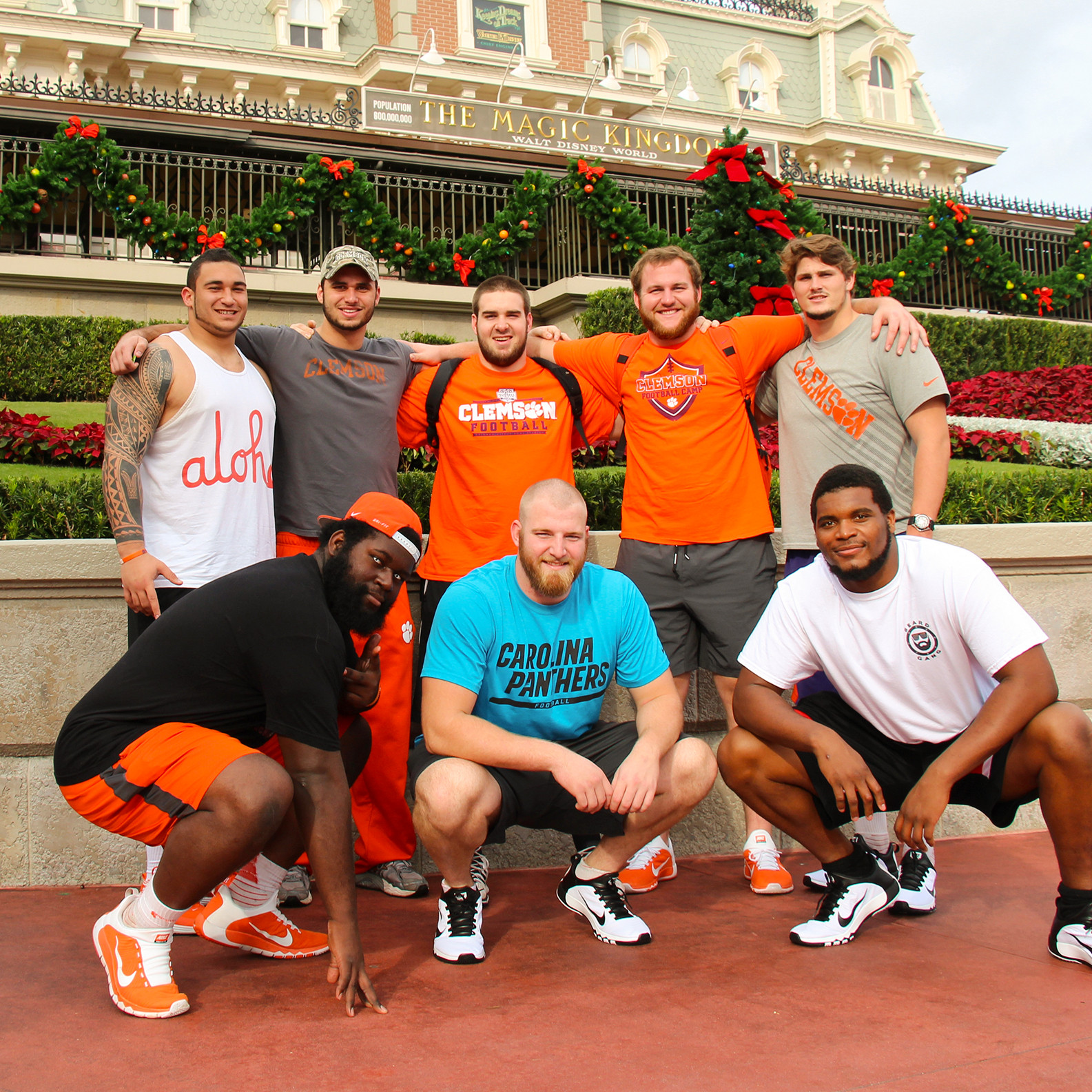 Practice in the Heat

It was Christmas Eve, but you couldn’t tell by standing outside at practice in Orlando on Wednesday morning. Temperatures that reached the 80s brought a welcome change from the 50s back in Clemson the past few weeks. The field turf at Orlando Citrus Bowl Stadium made it feel even hotter.

With all the renovations at the stadium, it was nearly unrecognizable from Clemson’s last trip to Orlando in the 2005 Champs Sports Bowl against Colorado. Tiger players were excited to practice in great weather and at a tremendous venue for a college football game.

About an hour after the team arrived back at the team hotel after practice, players, staff members and their families had the opportunity to take the buses to Disney World, including Magic Kingdom.

The travel party arrived right as the park held its parade through the center of Magic Kingdom. The mass of humanity made wait times for rides longer than preferred, then rain showers passed through the area.

Nevertheless, players like Taylor Watson, Korrin Wiggins, Trevion Thompson and Charone Peake enjoyed the rides, including Big Thunder Mountain Railroad. With little expectation, Watson commented afterwards how long and fun the ride was. Watson even predicted this day would come.