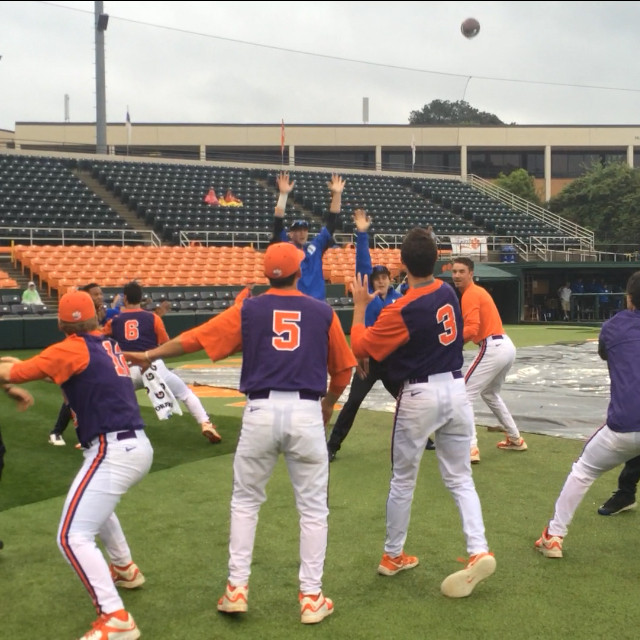 The Clemson baseball team defeated the Duke baseball team 2-1 in a pickup game of football at Doug Kingsmore Stadium on Friday afternoon.

That doesn’t sound right, does it?

While waiting out a rain delay, Clemson and Duke decided to foray into other disciplines, channeling the 2011 Tiger baseball team and their rain delay antics.

Clemson infielder Tyler Krieger was named the MVP after throwing a pair of deep touchdown passes, both of which were thrown accurately between the outstretched arms of Duke defensive backs.

Clemson catcher Chris Okey was on the receiving end of one of Krieger’s touchdown passes in front of a roaring crowd of Tiger faithful.

“We didn’t get a chance to play Duke in football this season, so it was great to put on a show for the fans,” said Clemson pitchers Kevin Pohle and Patrick Andrews.

Rain delays can bog down a team, but Clemson and Duke found a way to keep the mood light.