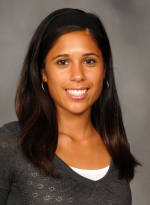 Cross Country Returns to Action at this weekend’s Delaware Invitational

Clemson, SC – The Clemson cross country teams will return to action this weekend for the University of Delaware Invitational. The men’s race will cover an 8000m distance, while the women’s race will be 5000m. The meet will be held at White Clay Creek State Park in Newark, DE.

Both teams were ranked in the Southeast Region in the preseason poll produced by the U.S. Track & Field and Cross Country Coaches’ Association. The women’s squad was ranked 13th, while the men’s team was listed 14th.

Twelve student-athletes from the Clemson women’s team will make the trip this weekend, including Delaware native Joanie Castagno. She is a sophomore from Newcastle, DE. Also making the trip will be seniors Lisa Brown, Sunday Ford, and Candice Johnson. Ford has been a constant in the lineup for the women’s team over the past four years.

Jenna Baker returned for the women’s team last time out at the Eye Opener, an event won by Clemson. She finished sixth individually and ran a 5K time of 18:51. She hopes to improve on her time this weekend and continue her work as one of the team’s most dependable runners.

Others traveling this weekend from the women’s squad are Taylor Hughes, Lauren Klas, Alyssa Kulik, Laura Laughlin, and newcomer Kim Ruck. Of all the freshmen, Kulik was the top finisher at the USC Upstate meet when she placed 11th with a time of 18:54.

On the men’s side, captain Sam Bryfczynski once again leads the young distance group this weekend. He made his season debut a solid one at the Eye Opener, where he finished eighth and led the Tigers to a men’s team title as well. He will be joined by Chad Holt, Patrick Jagielski, Tyler Morey, Will Noble, Shane Reighard, Chris Slate, and Jonathan Sunde. Senior standout Bryce Iverson has not competed this season due to injury sustained in the spring.