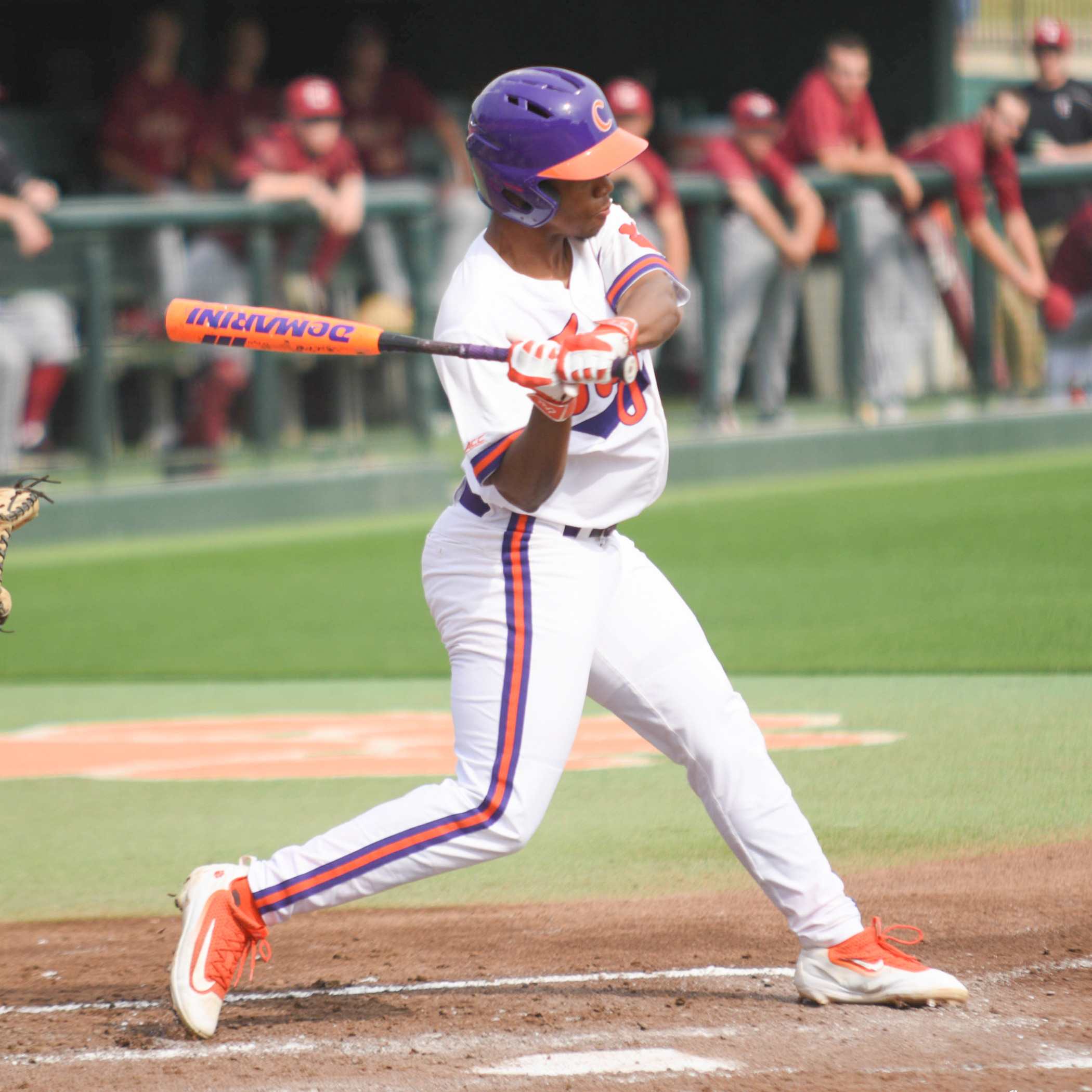 CLEMSON, S.C. – College of Charleston scored three runs in the third inning and eight runs in the seventh inning in its 11-4 victory over No. 23 Clemson at Doug Kingsmore Stadium on Wednesday afternoon to split the two-game midweek series. It was the Tigers’ first midweek loss of the season, as they fell to 12-1 in midweek games in 2016.

The Cougars (25-22-1) took advantage of two costly errors to score three unearned runs in the top of the third inning before the Tigers scored a run in the bottom of the third inning on Chase Pinder’s groundout. After College of Charleston pitchers worked out of jams in the fourth, fifth and sixth innings, the Cougar offense erupted for eight runs (four unearned) on six hits and two more Tiger errors in the seventh inning. Eli White belted a three-run homer in the eighth inning, his second long ball of the year.

Starter Nathan Ocker (4-0) earned the win in a scheduled short start, as he gave up one run on three hits in 2.2 innings pitched. Tiger starter Clate Schmidt suffered the loss, as he allowed six hits, four runs (one earned) and one walk with six strikeouts in 6.1 innings pitched. Only four of the 11 runs allowed by Clemson (32-17) were earned.

The Tigers travel to Statesboro, Ga., to face Georgia Southern in a three-game series starting Friday at 7 p.m.