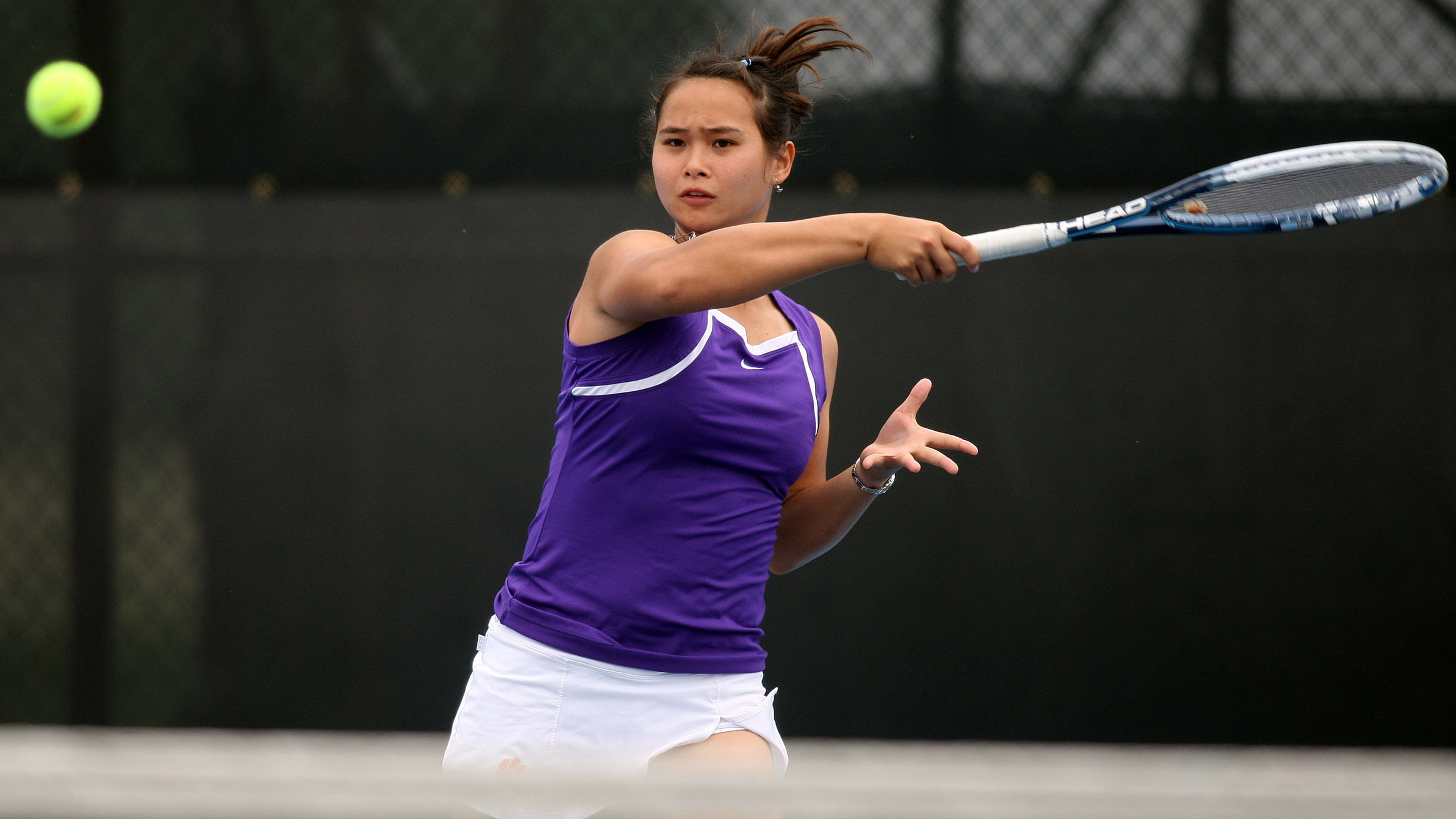 CLEMSON, SC – The Clemson women’s tennis team will travel to Tuscaloosa, Ala. for the 26th annual Roberta Alison Fall Classic hosted by the University of Alabama on Friday and Saturday. All eight of Clemson’s players will compete in both singles and doubles.  Play begins on Friday at 9:00 am and will have one round of doubles and two rounds of singles. Saturday will feature two rounds of doubles and the championship singles matches. The event will take place at the Alabama Tennis Stadium, Alabama Rec Courts, and the Roberta Alison Baumgardner Tennis facility.  The tournament features players from Alabama, Clemson, Furman, Georgia State, LSU, Loyola Marymount, Michigan, Middle Tennessee State, Mississippi State, Northwestern, Samford, Tennessee, Tulane, UAB, UNC Greensboro and Vanderbilt For most of Clemson’s players, this will be the final event of the fall until dual match play opens in January. Yana Koroleva, Clemson’s top player who is ranked 7th nationally, is still awaiting word on a Wild Card at the USTA ITA Indoor National Championships in Flushing, NY next week.  Koroleva will play at the top flight in Alabama in both singles and doubles, pairing with Tristen Dewar. Beatrice Gumulya, ranked 34th nationally, will play at the second singles flight and doubles flight with Jessy Rompies. The pair advanced to the semifinals of the ITA Carolina Regional Championships on Oct. 21.  Dewar is coming off a quarterfinals appearance, as is Romy Koelzer, who actually made the semifinals of the region after knocking Dewar out. Yuilynn Miao, Carola Pederzani, and Joana Eidukonyte will also play singles, with the pairs of Miao and Koelzer as well as Pederzani and Eidukonyte teaming up in doubles.