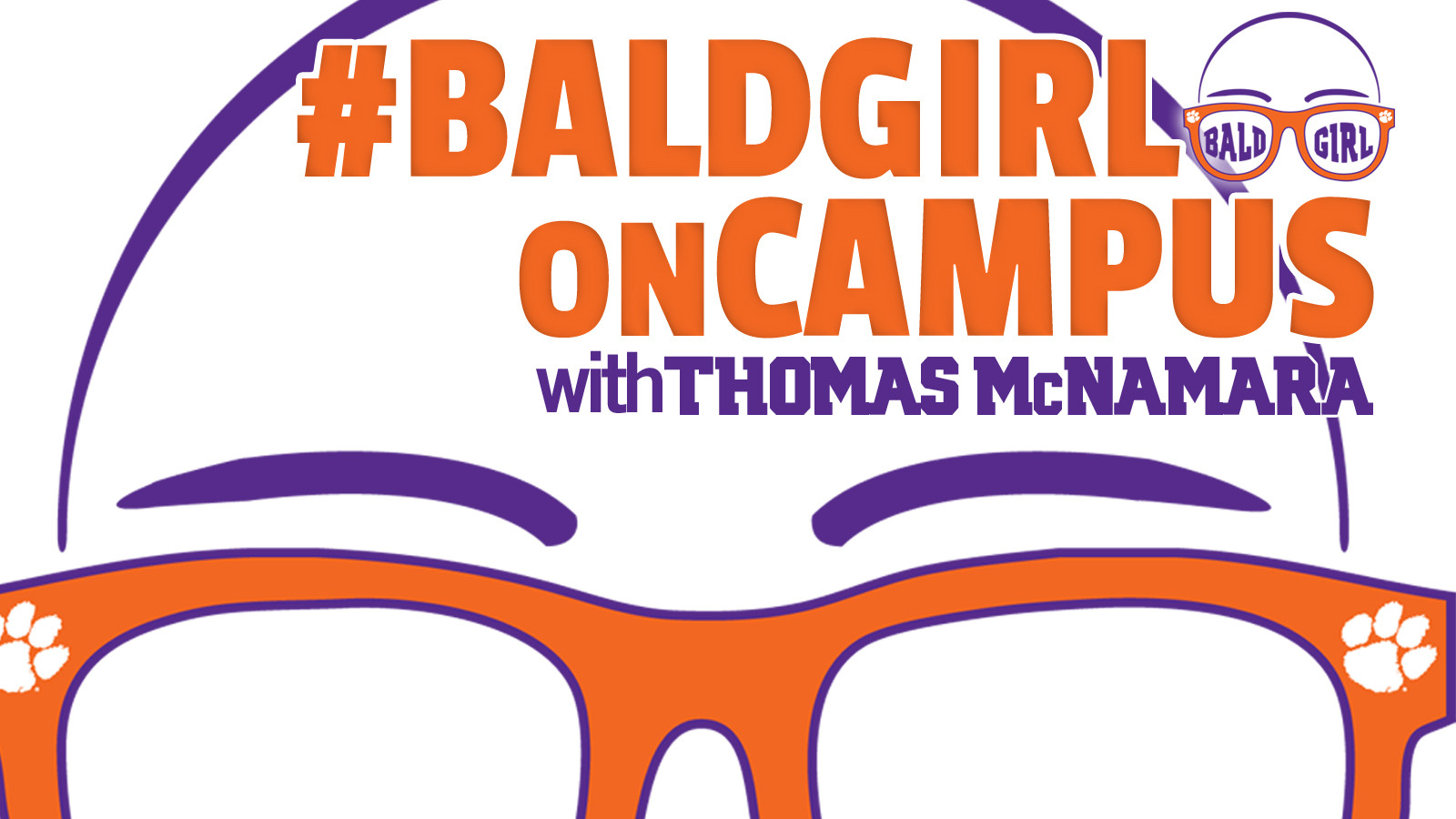 This week Bald Girl on Campus caught up with Clemson men’s soccer player Thomas McNamara.  McNamara transferred to Clemson for his final year of eligibility after graduating from Brown, where he played for the Tigers’ head coach Mike Noonan as a freshman in 2009 before Noonan became the head coach of the Clemson program in January of 2010.  BGOC talked to McNamara about his success on the field in 2013, as well as why he chose Clemson and what he likes about being a Tiger.

Click on the links below to watch previous editions of the Bald Girl on Campus series.