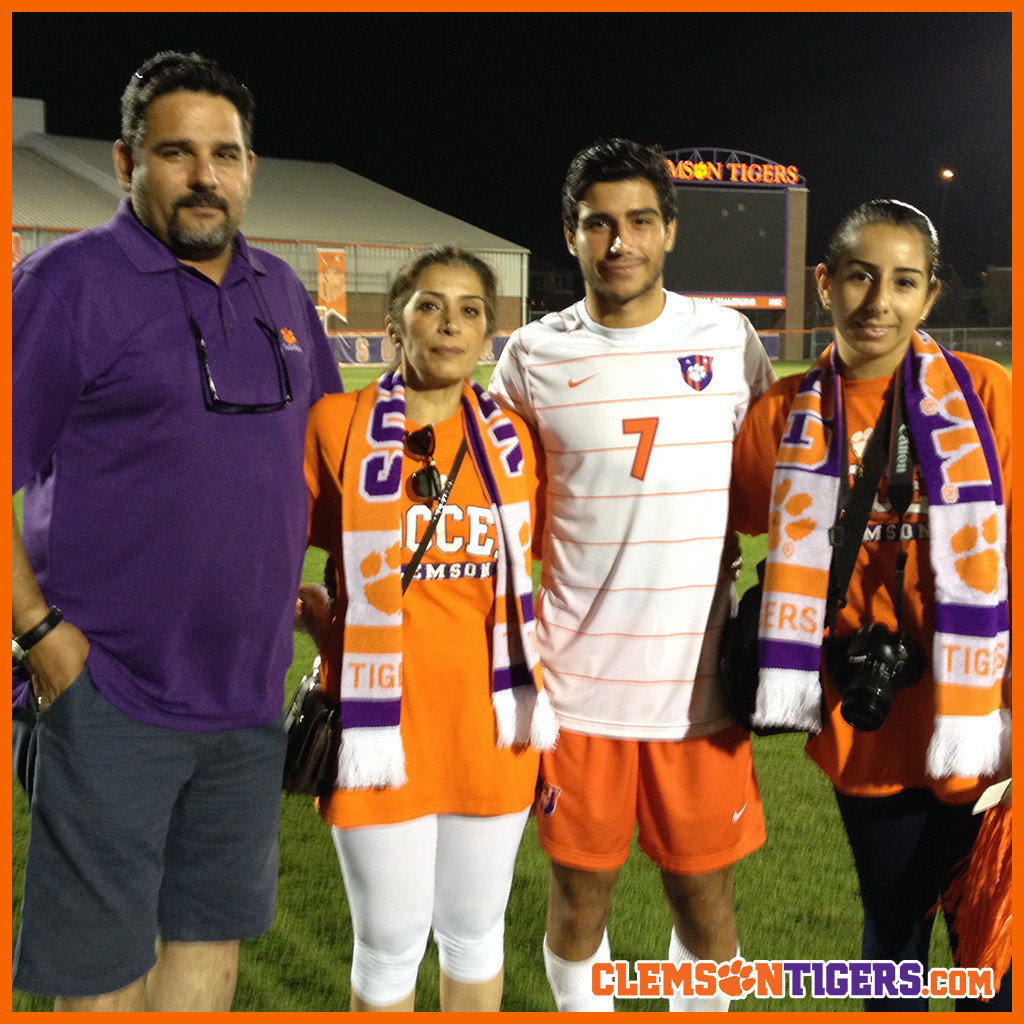 ClemsonTigers.com had a chance to visit with Iman Mafi and his family last Friday night after the Tigers’ win over Wake Forest.  Mafi’s parents, Daryosh and Nami, and his sister Sogand, were visiting from their hometown of Grimstad, Norway, and were attending their third game in 10 days at Historic Riggs Field.

The Tigers were 2-1 during the Mafi’s visit, defeating Gardner-Webb (6-0 on Sept. 17), falling to #14 Syracuse (1-0 on Sept. 20) and then defeating Wake Forest (3-1 on Sept. 26). Mafi played his first year of collegiate soccer at Gardner-Webb in 2013 before transferring to Clemson, and his family saw him score two goals in the win over his former team. The sophomore midfielder also tallied an assist in the Tigers’ win over the Demon Deacons.

When I spoke to the Mafi’s after the game, the pride was visible on their faces and could be heard in their voices when they talked about their son and his opportunity to play soccer at Clemson. When Iman was asked about his family making the trip to Clemson to see him play, he said “It means the world to me. Hopefully they will come back soon.”

I have a feeling they will.