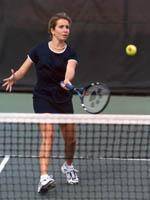 CLEMSON, SC – The Clemson women’s tennis team will face the fifth-ranked University of Florida Gators on Friday. The #21 Tigers (12-2), who are riding a six-match win streak, will face off against the Gators (14-2) at 5:00 PM in Gainesville, FL.

Clemson is 1-18 all-time against Florida, and the Tigers are 0-8 against the Gators in Gainesville. The teams have not faced each other since the 1997 season when Florida defeated Clemson 9-0 in Gainesville. The Tigers’ only victory over the Gators occured in 1986, when Clemson won an 8-1 decision over Florida. That year, Clemson finished the season with a 26-3 overall record and a #8 final ranking.

The Tigers are coming off a 7-0 win over the South Florida Bulls, while Florida most recently lost to 10th-ranked Vanderbilt 4-3 in Nashville, TN.