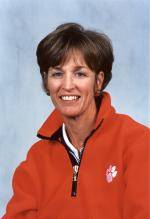 CLEMSON, SC – The 19th-ranked Clemson women’s tennis team received a bid to play in the 2003 NCAA Championships as announced by the NCAA on Wednesday afternoon. The Tigers will travel to Chapel Hill, NC on May 9-11 to take on #36 Baylor in the first round match. The winner of the match will take on the winner of 13th-seeded North Carolina and College of Charleston. The times and dates of the matches are to be announced.

The Tigers are 18-5 overall and went 7-1 in the ACC to finish second in the regular season conference standings. In the 2003 ACC Championships, Clemson defeated Wake Forest in the first round, before falling to 11th-ranked North Carolina in the semifinals.

This is the Tigers’ 11th overall and third consecutive appearance in the NCAA Championships. In the 2002 championships, Clemson defeated William & Mary in the first round before falling to Wake Forest in the second round. The Tigers’ best NCAA tournament finish was in 1996, when the team reached the Final Eight before falling to Stanford.