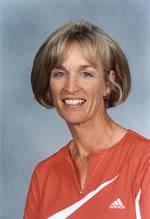 CLEMSON, SC – The Clemson women’s tennis team is ranked ninth according to the Intercollegiate Tennis Association poll released on Apr. 13. The Tigers improve from a ranking of 16th in last week’s poll after recording two upset victories last weekend. This is the first top-10 national ranking for the Tigers under head coach Nancy Harris and is the first time since the 1994 season that Clemson has been ranked in the top-10 in the national poll, as the Tigers were ranked ninth in the poll released on Apr. 12, 1994.

Last weekend, the Tigers recorded upset wins over fourth-ranked Duke (5-2) and 12th-ranked North Carolina (6-1) to claim the regular season ACC title for the first time since the 1986 season and end the Blue Devils’ 35-match conference regular season win streak. Overall, this is the eighth ACC regular season title by the Clemson women’s tennis team, and the first under head coach Nancy Harris. The victory over fourth-ranked Duke is the first win over a top-five team under Harris and the first top-five win for the Tigers since 1988 when rankings were administered throughout the season.

Clemson completes the regular season with a 19-3 overall record and a perfect 8-0 mark in conference play. The Tigers will travel to Raleigh, NC to compete in the 2004 ACC Women’s Tennis Championships on Apr. 15-18 at the Millbrook Exchange Tennis Center. The Tigers are the top-seeded team heading into the tournament and will face the winner of eighth-seeded Maryland and ninth-seeded N.C. State on Friday morning at 9:00 a.m.