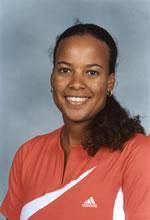 GREENVILLE, SC – The Clemson women’s tennis team opened its fall season on Friday, Saturday and Sunday at the Furman Fall Classic in Greenville, SC. The Tigers’ doubles team of Richele LeSaldo and Karen Rombouts were the flight two doubles champions of the tournament. Clemson’s duo of Maria Brito and Julie Coin were the runner-up at flight one doubles, while Ashlea Bowen took second place in the flight seven singles draw.

LeSaldo and Rombouts defeated Vanderbilt’s Amanda Fish and Kelly Schmandt by a score of 8-6 to advance to the second round, where the duo won an 8-1 decision over Furman’s Bonnie Baird and Marti Morris. In the championship match, LeSaldo and Rombouts defeated Laura McNamara and Carien Venter of Middle Tennessee by a score of 8-4 to become the flight two doubles champions.

At number one doubles, the Tigers’ Brito and Coin, ranked 29th in the ITA’s preseason poll, reached the finals of the flight, defeating Furman’s Jacqueline Eckert and Mary Neill Hagood (8-5) and Vanderbilt’s Ashley Schellhas and Aleke Tsoubanos (8-6). In the finals, the pair fell to Audra Falk and Annie Menees of Vanderbilt by a score of 8-3.

At number one singles, 13th-ranked Julie Coin won her first round match, defeating Danielle Wiggins of South Carolina in three sets (2-6, 6-2, 6-3). Coin was forced to retire due to injury in the semi-final match against Vanderbilt’s Kelly Schmandt.

Brito advanced to the semi-finals of the flight two singles draw with a win over Iowa’s Jennifer Hodgman. She fell in the semi-final to Vanderbilt’s Schellhas (6-4, 3-6, 7-6(5)) but went on to defeat Maria Husain of Penn State (6-1, 6-3) to take third place in the draw. Daniela Alvarez (#88) also represented the Tigers at flight two singles, falling to Jennifer Klaschka of Middle Tennessee (6-1, 6-4) in the first round before defeating South Carolina’s Christyn Lucas (6-2, 6-3) and North Carolina’s Lee Bairos (6-3, 6-1) to finish in fifth place.

In the flight three singles draw, Rombouts defeated Leigh Ann Merryman of Penn State by a score of 6-4, 6-3 in the first round before falling in the semi-final to Miranda Gutierrez of South Carolina in three sets (6-4, 2-6, 6-0). Rombouts fell to North Carolina’s Jenna Long (6-2, 6-2) to place fourth in flight three.

The Tigers’ Ioana Paun won a 6-1, 6-3 decision in the first round of the number four singles bracket over Furman’s Baird. She dropped her semi-final match to Vanderbilt’s Fish (6-0, 6-3) and went on to take third place with a victory over Laura Ganzer of South Carolina by a score of 6-3, 6-3.

Clemson will return to action Oct. 9-12, as the team will travel to Pacific Palisades, CA to compete in the ITA All-American Tournament.