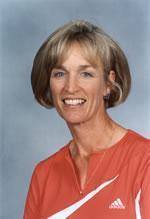 CLEMSON, SC – The 2005-06 Clemson women’s tennis team, which is coming off of back-to-back NCAA Final Four appearances, is ranked 16th in the first ITA poll of the 2006 season, released on Jan. 10. The Tigers’ Federica van Adrichem is also listed in the singles rankings and in the doubles poll with senior Daniela Alvarez.

A native of Amersfoort, The Netherlands, van Adrichem posted a 9-4 record during the 2005 fall season to earn a #41 ranking in the singles poll. She won the Wilson/ITA Southeast Regional Championships in October to advance to the ITA National Indoor Tournament, where she fell to 11th-ranked Cristelle Grier of Northwestern in the opening round. Van Adrichem, a freshman, upset three ranked players during the fall, including a 6-3, 6-3 victory over #68 Jackie Charleton of Duke in the regionals.

Van Adrichem and senior Daniela Alvarez are listed 19th in the ITA doubles rankings after compiling an 8-2 record during the fall season. The duo defeated two ranked teams, but fell to #11 Daniela Bercek and Jessi Robinson of Duke in the quarterfinals of the Wilson/ITA Southeast Regional Championships by a score of 8-5.

The Tigers will open their 2006 season against the College of Charleston on Jan. 28 at the Hoke Sloan Tennis Center on the Clemson University campus.