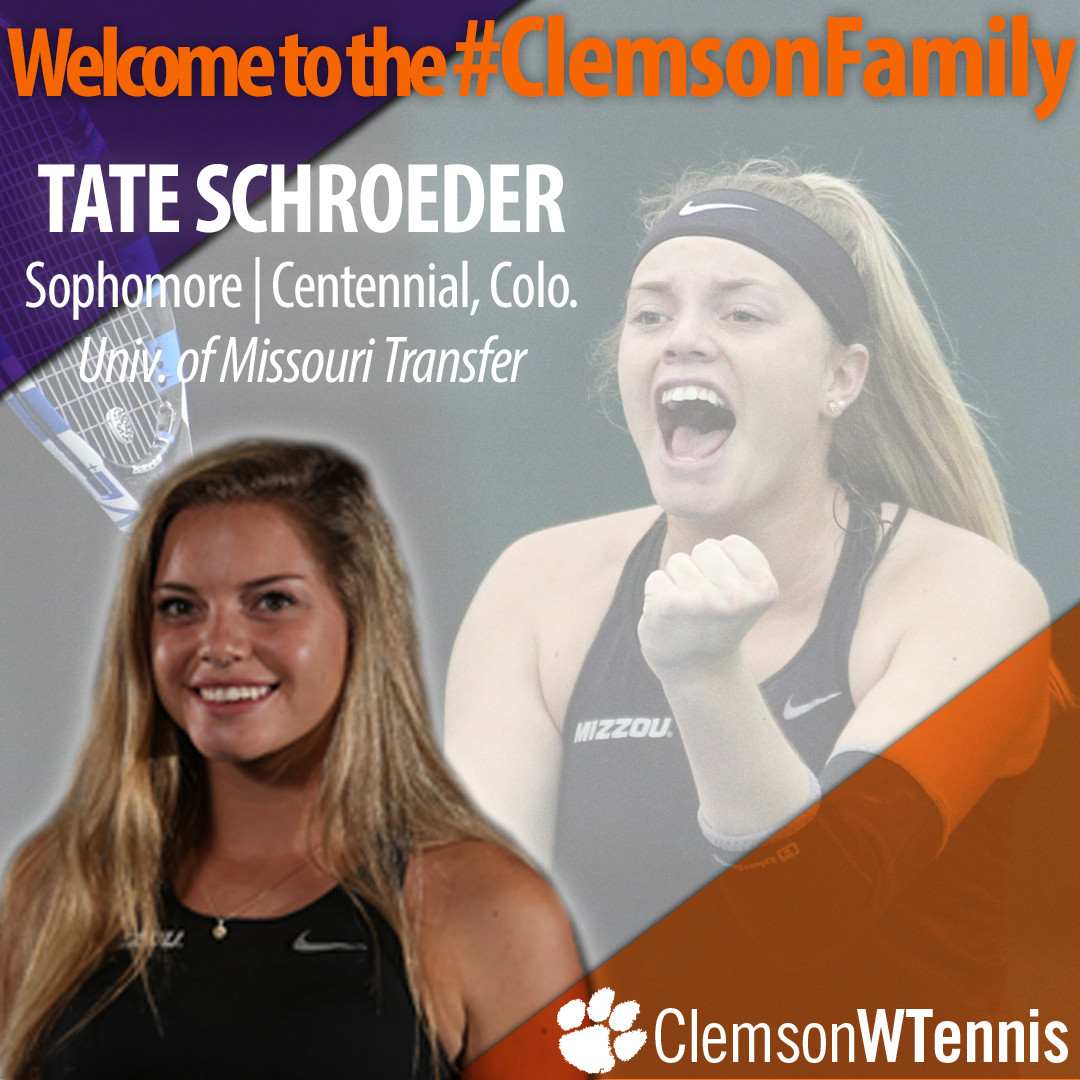 CLEMSON, S.C. – The Clemson women’s tennis program has added Tate Schroeder, a sophomore and transfer from the University of Missouri, to the roster for the 2017 season. The native of Centennial, Colo. joins the Tigers after a freshman season in which she led the SEC Tigers in singles wins and earned the 2016-17 SEC Sportsmanship Award.

“We are truly excited to welcome Tate Schroeder to the Clemson Family!” said Nancy Harris, who is entering her 21st season leading the Clemson program. “Tate is a great sportswoman and an exceptional player, who will contribute much to this already great 2017-18 roster. She is a highly-competitive player and brings an awesome team spirit that will have an immediate impact in our program. We are fortunate Tate selected the Clemson Tigers and chose to make our university her new home.”

Schroeder was 17-12 overall and 13-6 in dual matches in her freshman season at Missouri. She started the season at the No. 4 singles position, and had moved up to the No. 2 spot by the end of the year. At season’s end, she was named the recipient of the SEC Sportsmanship Award for displaying honesty and integrity in a match at Tennessee on April 8.

In high school, Schroeder played at IMG Academy in Florida, where she graduated with honors. Prior to that, she was an Honor Roll student at Arapahoe High School in Centennial, Colo. She was the Colorado Singles State Champion in 2014 and was named to the Denver Post All-State Team the same year. She was also named the Colorado Sports Woman of the Year for Tennis and a National High School Tennis All-American in 2014. Schroeder was ranked 41st in the class of 2016 according to TennisRecruiting.net.