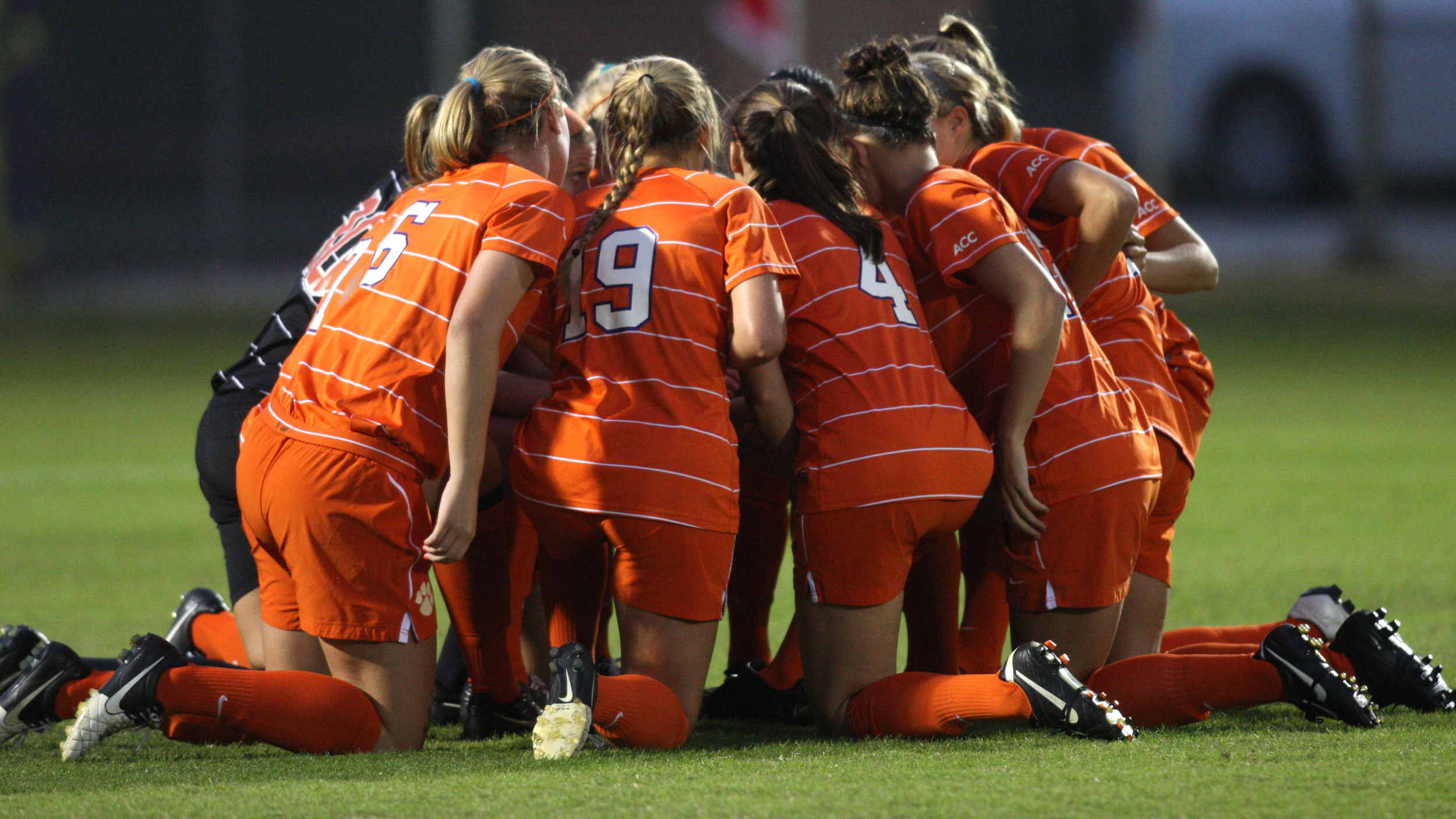 CLEMSON, SC – The Clemson women’s soccer team will open its 2013 campaign on Friday, August 23 on the road against Auburn.  The matchup of the ACC vs. SEC Tigers will kick off at 7:00 PM CT at the Auburn Soccer Complex.

Clemson is under the direction of Eddie Radwanski, who is beginning his third season as the program’s head coach.  Radwanski returns 18 letterwinners, including nine starters, from his 2012 squad.  He has also added a highly-ranked class of 11 newcomers for 2013.

Included in the group of returning players are four of Clemson’s top six scorers from last season – seniors Tabitha Padgett and Vanessa Laxgang, junior Katelyn Reeve and sophomore Jenna Polonsky.  In addition, junior Savannah Coiner returns after having anchored the Tiger defense the past two years.  Freshmen Kailen Sheridan and Claire Wagner, who were recently named to the TopDrawerSoccer.com Preseason Best XI Freshmen team, are expected to help the Tigers in goal and on defense, respectively.

Clemson is coming off of a 1-0 victory over Alabama in an exhibition game played on Saturday, August 17 on the campus of Georgia Gwinnett College in Lawrenceville, GA.

Auburn, who was the runner-up at the SEC Tournament in 2012 and advanced to the second round of the NCAA Tournament, defeated Memphis by a score of 4-1 in an exhibition game last Saturday.

Clemson and Auburn met five times in women’s soccer from 1994-2004.  Clemson has a 4-1 record in the series, including a 2-1 advantage in games played in Auburn, AL, however, Auburn won the most recent meeting between the two teams, a 2-0 victory in Auburn in 2004.