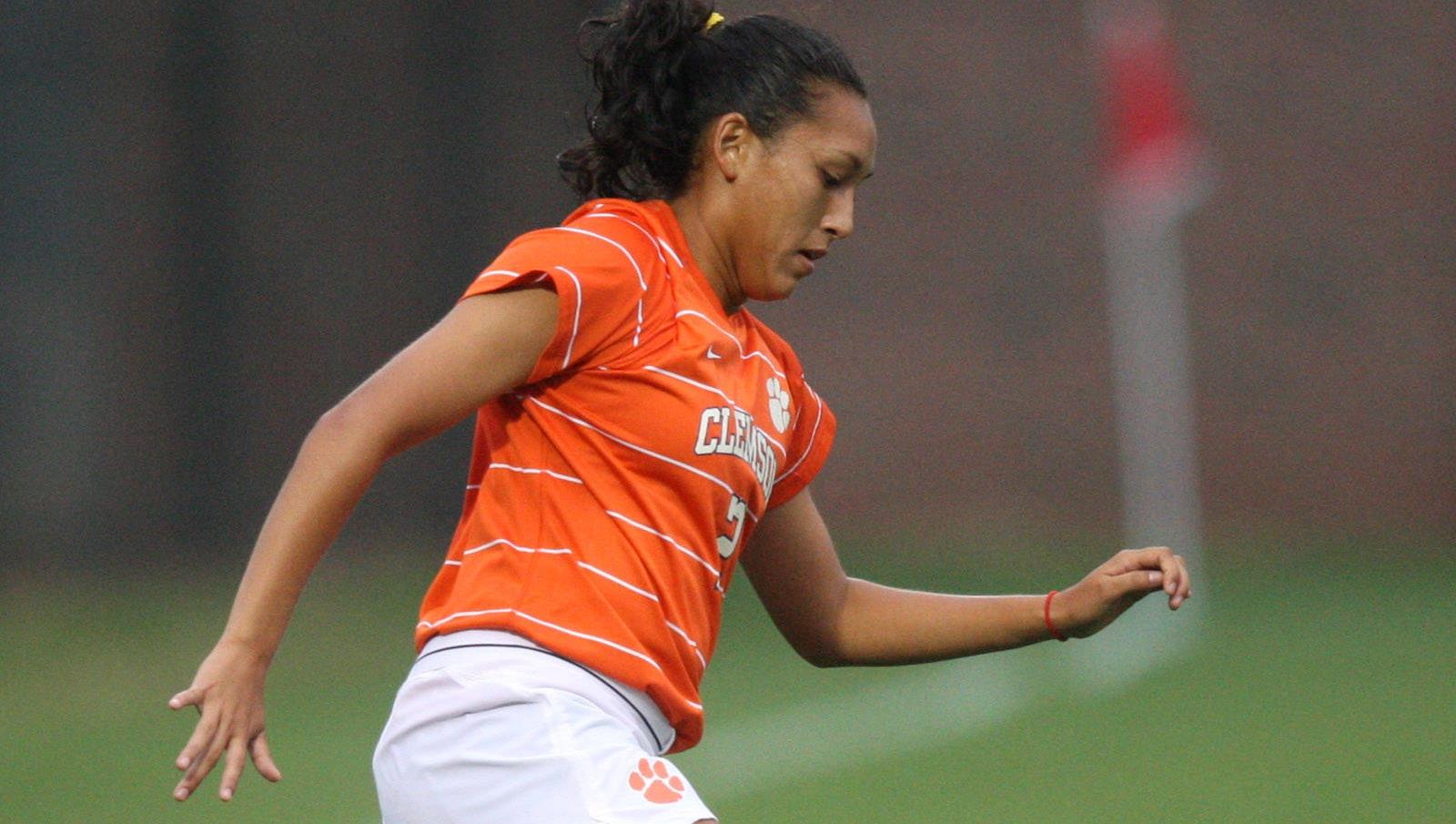 TALLAHASSEE, FL – The Clemson women’s soccer team fell to top-ranked Florida State 7-0 on Thursday night at the Seminole Soccer Complex in Tallahassee, FL.  The Tigers dropped to 5-7-2 overall (0-6 ACC) with the loss, while the undefeated Seminoles improved to 12-0-0 overall (5-0-0 ACC).

Nineteen of the 22 players on the Clemson roster played in Thursday night’s game against the Seminoles, which was the Tigers’ fifth straight against a top-13 ranked Atlantic Coast Conference opponent.  In addition, four of those five contests were played on the road.

Freshman Sydney Branson started in goal for the Tigers and posted two saves.  Junior Morgan Hert also saw action in goal in the game for Clemson.  Kelsey Wys and Taylor Vancil split time in goal for Florida State, with Vancil recording one save.  Shots were 14-1 in favor of the Seminoles, and the Tigers took two corner kicks compared to Florida State’s three.  There were eight fouls called on Clemson and one on the Seminoles for the game.

After playing six of its last seven games on the road, Clemson will now return to Historic Riggs Field for four straight games.  The Tigers will play host to Miami on Sunday, October 7 in a contest that will kick off at 1:00 PM.