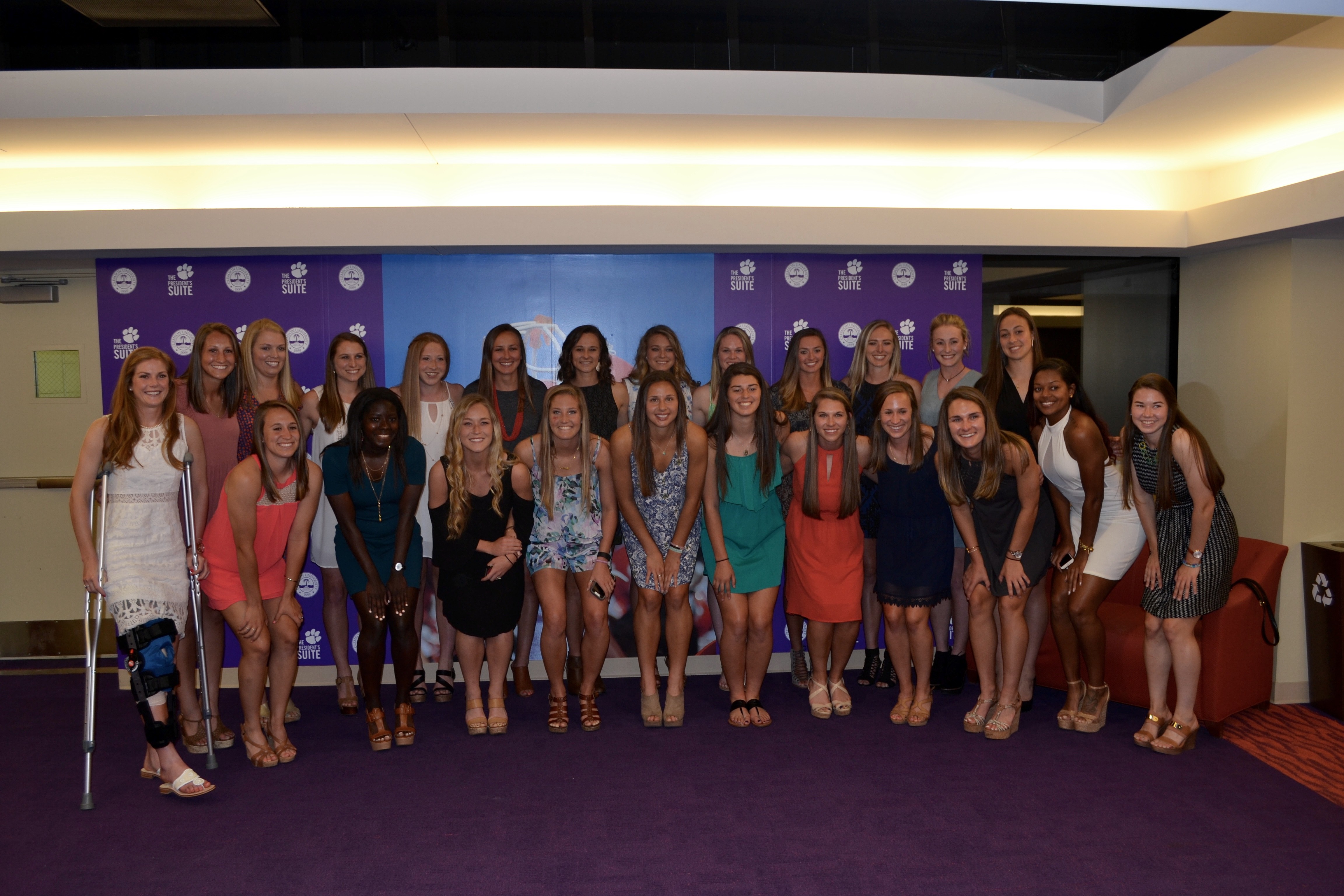 CLEMSON, S.C. – The Clemson women’s soccer team held its annual awards banquet on Saturday, March 26 in the President’s Suite at Clemson’s Memorial Stadium. The banquet officially wrapped up a successful 2015 campaign where the Tigers earned a spot in the prestigious four-team ACC Tournament, and also made their second-consecutive NCAA Tournament appearance.

The team, coaches, support staff and members of their families gathered on Saturday evening to celebrate both academic and athletic achievements from the season.

A complete list of the 2015 award winners is below.

Newcomer of the Year – Sam Staab

Goal of the Year – Claire Wagner’s game winning goal in the 102nd minute of double-overtime to upset No. 5 Notre Dame