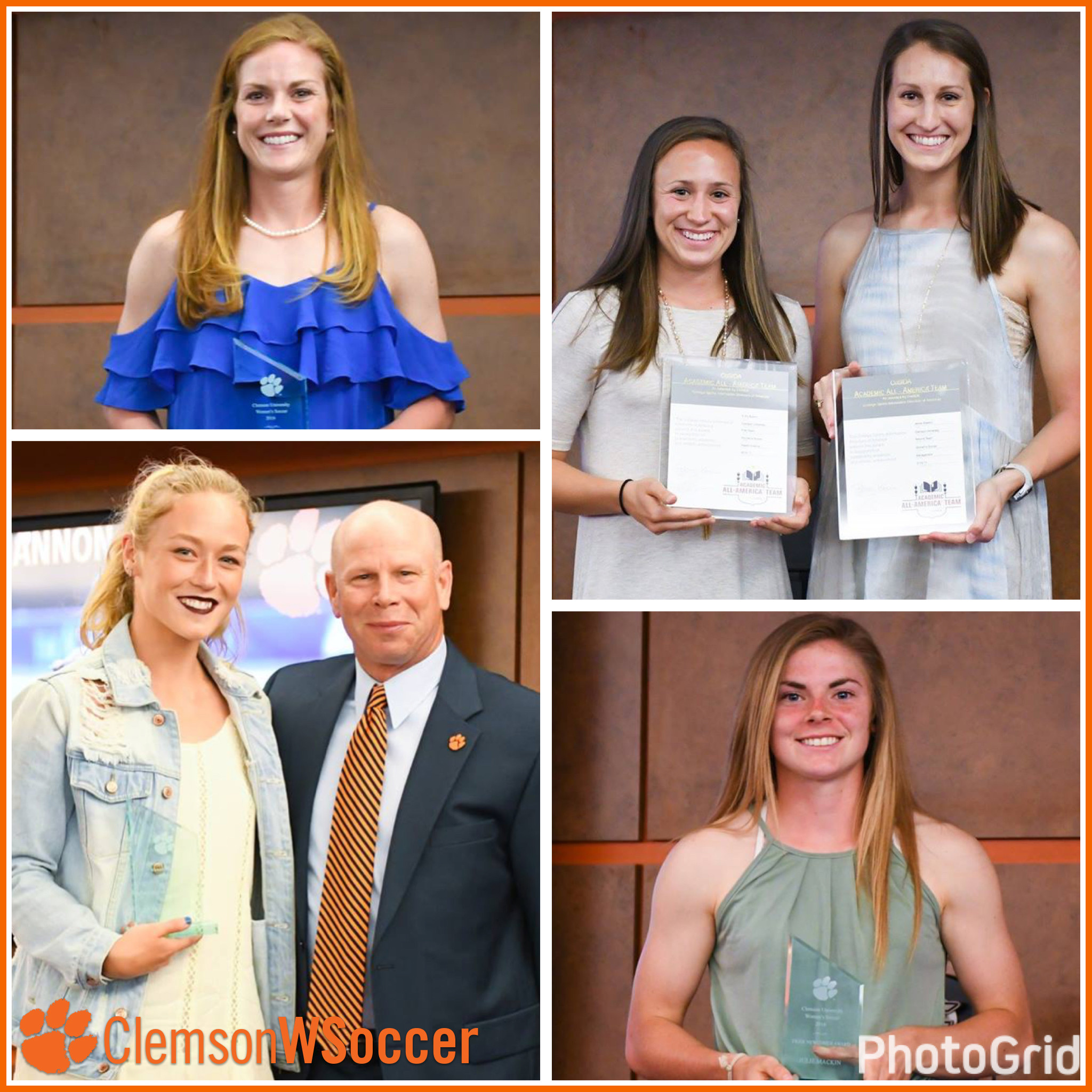 CLEMSON, S.C. – The Clemson women’s soccer players, staff, support staff and families gathered at the President’s Suite at Memorial Stadium on Saturday, April 1 to celebrate the 2016 season. The Tigers had much to celebrate, with many team and individual athletic and academic accomplishments, which included trips to the NCAA Sweet 16 and the ACC Tournament Semifinals.

The complete list of award winners for the 2016 is below, which includes three new awards, presented for the first time on Saturday and which will be presented annually going forward.

Team Leadership Award(recognizes consistency in leadership both on and off the field, while fostering a culture of care for others)Emily Byorth & Gabby Byorth

ACC Coach of the YearEddie Radwanski