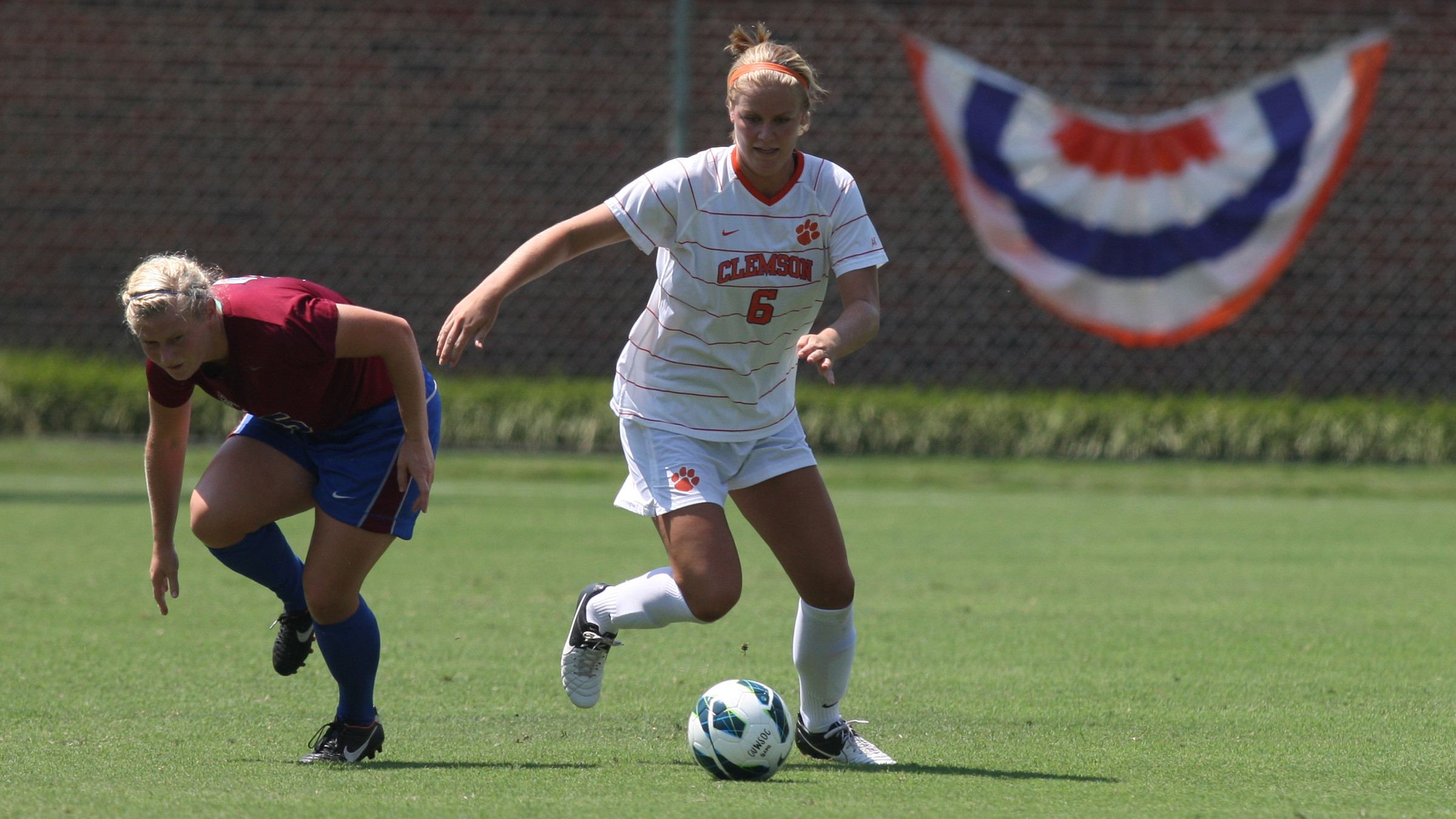 CLEMSON, SC – The Clemson women’s soccer program will have two games at home at Historic Riggs Field and three on the road as part of its 2013 spring campaign.  Head Coach Eddie Radwanski announced the team’s schedule on Wednesday.

On Tuesday, April 9, Clemson will play host to Western Carolina at 7 PM and Wofford at 9:30 PM, while the Catamounts and Terriers will face off at 8:15 PM.  All three contests will be played at Historic Riggs Field.

Clemson will conclude its spring season with a 3 PM contest against Samford on Saturday, April 20 at MESA Soccer Complex in Greer, SC.