CLEMSON, SC – Head Women’s Soccer Coach Hershey Strosberg has announced the signing of nine players to national letters of intent for the fall of 2010. In his third season as the head coach of the Tigers, Strosberg adds nine freshmen from eight different states (Alabama, California, Delaware, Illinois, North Carolina, Ohio, South Carolina and Utah) to the roster for the 2010 season.

“This incoming class of student-athletes is a talented, athletic and competitive group that will have an immediate impact on our team,” said Strosberg. “With this nationally-ranked 2010 recruiting class, we have addressed a number of needs, in addition to increasing our overall depth. This class is a wonderful group of young women, who will represent the Clemson Soccer program well for the next four years.”

Lauren Arnold, a goalkeeper from Hoover, AL, is one of the most highly decorated signees in the 2010 class. A 2009 ESPN High School All-American, Arnold is ranked 25th in Top Drawer’s 2010 national recruiting rankings and is the top-ranked player in the South Region according to the association. In 2009, she was named the Gatorade Player-of-the-Year in the state of Alabama and was also the Alabama State Player-of-the-Year. She was a member of the 2009 6A Alabama High School State Championship team at Spain Park High School, where she was named to the Alabama High School All-Star team. She was also a two-time first team all-state selection and a four-time All-Metro High School First Team selection. Arnold’s club team, Birmingham United ’91 Elite, won back-to-back State Cup Championships and was the 2009 Region 3 Central Division Club Champion. Arnold was also a three-year member of the US National Team from 2005-07.

ESPN Rise ranked Nicole Cucchi, a midfielder from Asheville, NC, second in the nation in assists with 36 in 2009. Cucchi was a three-time member of the All-MAC conference team and the all-region team from 2007-2009. She was a 2009 high school all-state selection and was named an Honorable Mention ESPN High School All-American. Cucchi was selected to the 2009 North Carolina All-Star West team. She played for the Carolina Elite Soccer Academy ’91 Girls Premier club team, which won the 2009 USYSA South Carolina State Championship. Her CESA team was coached by Pearse Tormey who was a member of Clemson’s Men’s Soccer National Championship team in 1987. Cucchi was a four-year letterwinner in soccer and a one-year letterwinner in indoor track at T.C. Roberson High School.

Jackie Dutton is a forward from Bridgeport, Ohio where she is the state of Ohio’s high school all-time leading goal scorer with 192 goals scored between 2006 and 2009. She was also ESPN’s national goal-scoring leader in 2009. Dutton was a 2009 ESPN Rise National Athlete of the Week, was named the 2009 Upper Ohio Valley Dapper Dan Athlete of the Year and was a 2009 NSCAA all-region and All-America selection. She was a four-time OVAC first-team selection from 2006-2009, and in 2007, was named the OVAC D-II Player-of-the-Year. Dutton was a three-time Eastern District first-team selection from 2007-2009, and was named the Eastern District Player-of-the-Year in 2009. She was a four-year letterwinner in soccer at St. Clairsville High School, where she also earned one varsity letter in basketball. Her club team, Beadling Inferno (PA West), won the 2008-09 USYSA PA West State Championship.

Hailey Karg, a midfielder/forward from Salt Lake City, UT, earned four varsity letters in soccer and one in cross country at The Waterford School. She was named the 2009 Utah 2A Most Valuable Player and was a 2009 first-team all-state selection. Her Waterford School team won the 2009 2A Region and State Championships, and Karg was named the MVP of the 2A state tournament. Her high school team was also the state champion in 2006 and 2008, and Karg earned all-state honors all four years in high school (first team in 2008 and 2009, second team in 2007 and honorable mention in 2006.) She played for the Sparta ’92 Premier club team that was a three-time winner of the Utah State Cup Championship.

Erica Kim, a midfielder from Thousand Oaks, CA, was a four-year starter and a two-year captain at Oak Park High School, where she was a two-time selection to the All-Southern California second team, and was twice named the OPHS Defensive Player-of-the-Year. She was a two-time selection to the Tri-Valley League first team. Her club team, Real So Cal White, was ranked in the top two nationally from 2008-2010 and was ranked #1 in Region IV and #1 in the state. Real So Cal White was the 2009 USYSA Far West Regional Champions and the 2009 CYSA North/South Premier League California State Champions.

Vanessa Laxgang, a midfielder from Arlington Heights, IL, was a member of the Eclipse Select 91/92 club team which won the USYSA National Championship in 2009. Laxgang was named the USYSA National Championship Adidas’ Golden Boot Award winner. Her club team was also the USYSA Midwest Regional Champion in 2008 and 2009, and was the Illinois State Cup Champion in 2006, 2008 and 2009. Laxgang is ranked 18th nationally in Top Drawer Soccer’s 2010 National Top 100 Girls, and is the third-ranked player in the Midwest region according to the association.

Deana Sherry, a midfielder/forward from Hockessin, DE, is ranked 15th in the Top Drawer Soccer Regional Top 20 in the Mid Atlantic region. She is a four-year letterwinner in soccer and a two-year letterwinner in track at The Charter School of Wilmington. Sherry was a two-time all-state selection and a three time all-conference award winner, including 2008 when she was named her conference’s player-of-the-year. She was named the Delaware Women’s Sports Outstanding Female Athlete of Promise and was ranked the 7th State Player-of-the-Year in Delaware in 2008. Her club team, the FC DELCO Sting, was the U-17 US Club Region B Tournament Champion and the U-17 US Club National Champion.

Katie Uyenishi, a defender from Hawthorn Woods, IL, plays for the Eclipse Select 91/92 club team alongside fellow Clemson signee Vanessa Laxgang. Uyenishi’s club team won the USYSA National Championship in 2009 and was a national finalist in 2008. The team was the USYSA Midwest Regional Champion in 2008 and 2009 and the Illinois State Cup Champion in 2006, 2008 and 2009.

All nine members of the 2010 class came to Clemson for an official visit this past weekend.

“What’s great about this weekend is that it is the first step in the 2010 class becoming a part of this team,” said Strosberg. “Building relationships and trust within a group is critical for on field success. Our returning players are looking forward to welcoming this recruiting class to Clemson. My staff and I are very excited about integrating this class into our program.” 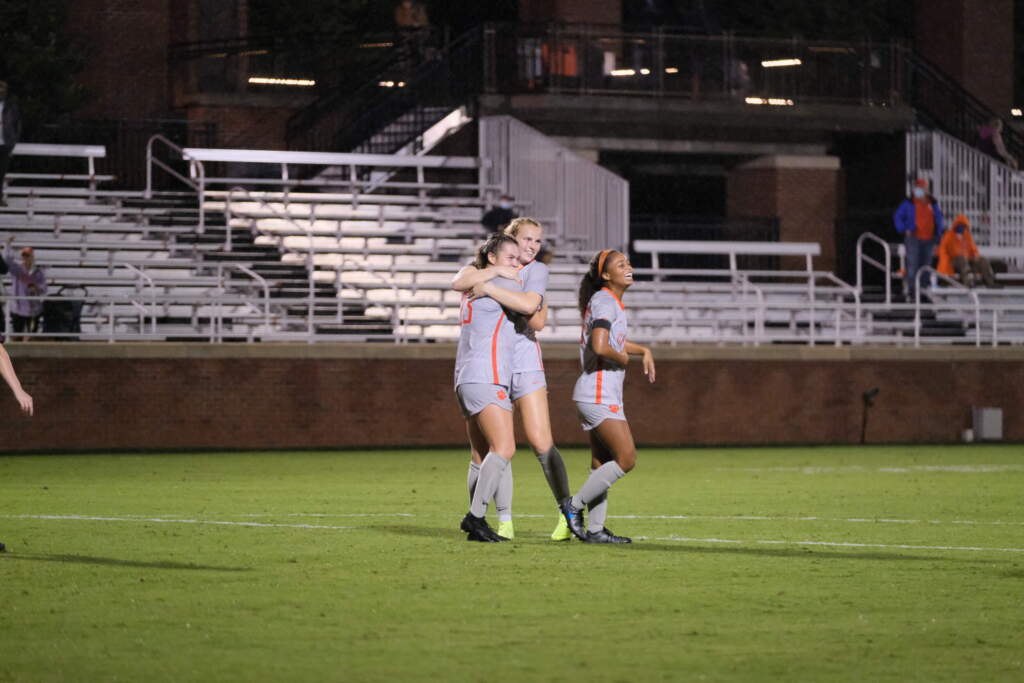