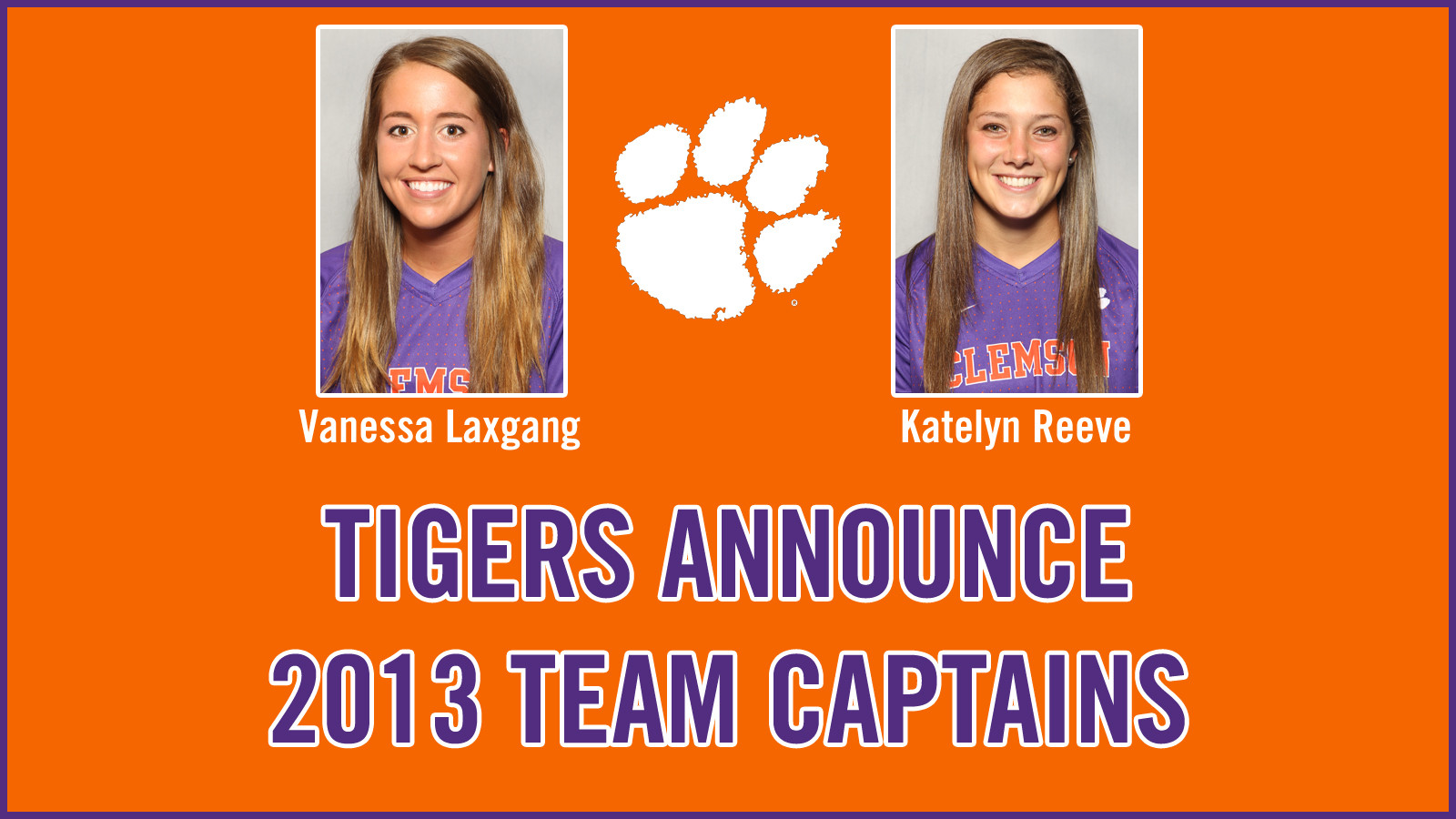 CLEMSON, SC – Senior Vanessa Laxgang and junior Katelyn Reeve have been named captains of the Clemson women’s soccer team for the 2013 season.  Head Coach Eddie Radwanski made the announcement on Wednesday afternoon.  Laxgang and Reeve were designated captains by a vote of their teammates.

Laxgang, a native of Arlington Heights, IL, has been a mainstay in the midfield for the Tigers, starting 47 games and playing in 55 and logging 3,863 minutes on the field over the past three seasons.  She has scored 11 goals and tallied seven assists for 29 points heading into the final year of her Clemson career.

Reeve, a midfielder from Cary, NC, earned a starting role midway through her freshman season in 2011 and went on to start all 17 games for the Tigers as a sophomore in 2012.

“I was honored when I found out that my teammates had chosen me to be a captain this year,” said Laxgang.  “It was not something I was expecting, so it was a surprise – obviously, a good one.  Being that this is my last year, it’s just another reason for me to push myself to be better.  My main goals as captain will be to stay positive, and to make the other players, especially the freshmen, feel as comfortable as possible, the way the upperclassmen did for me when I was a freshman.”

“It means the world to me to be voted captain by my teammates,” added Reeve.  “To know that they look up to me as a leader just really means a lot.  My most important roles as captain will be to help keep the team together through the ups and downs of the season, and to be a leader, both vocally and by example, on and off the field.”

Laxgang, Reeve and the rest of the Tigers will open the 2013 regular season this Friday, August 23 on the road at Auburn.  Clemson’s first home game of the season will be on Sunday, August 25 against Furman at 6:00 PM at Historic Riggs Field.