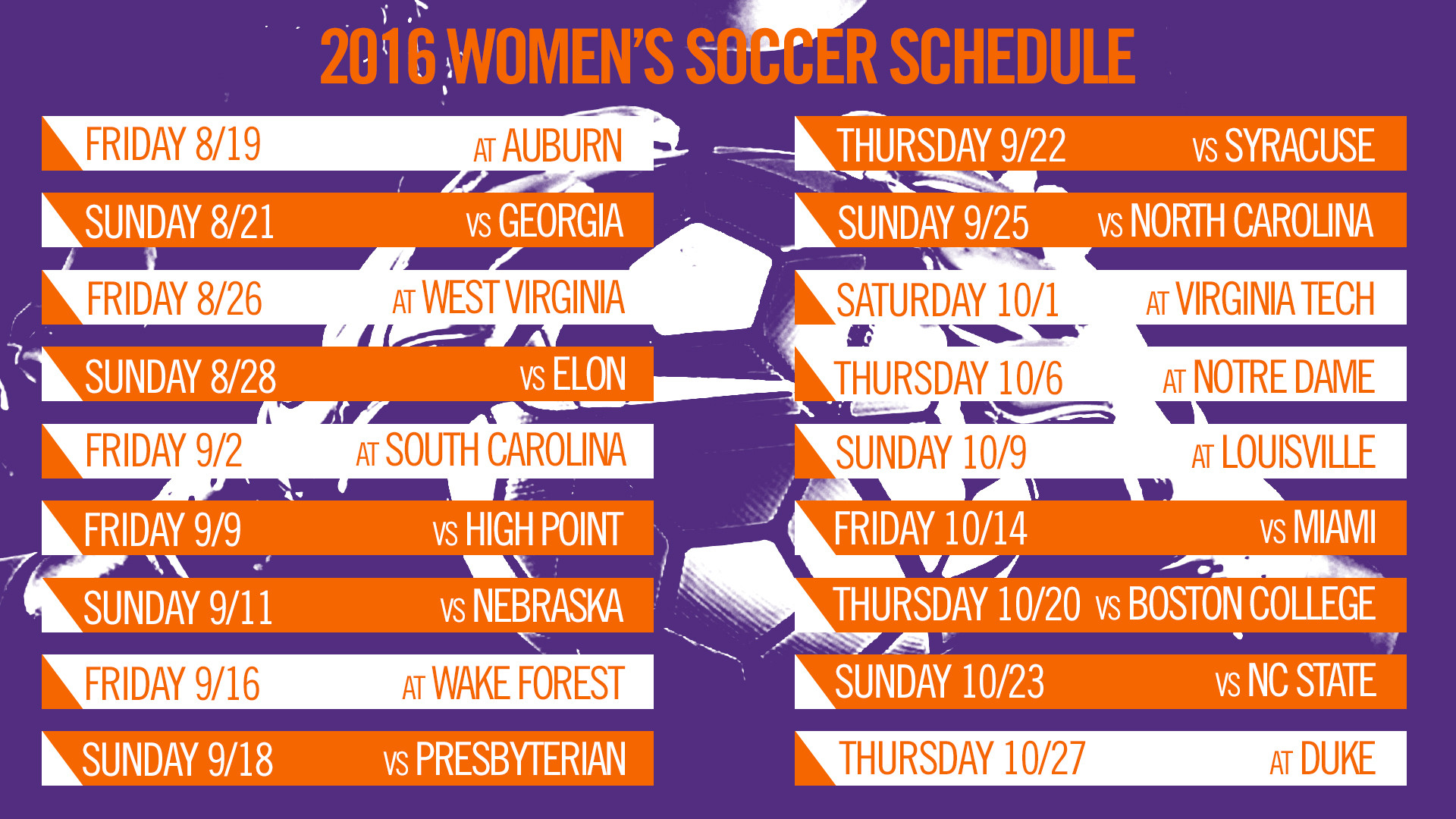 CLEMSON, S.C. – The Clemson women’s soccer team’s 2016 schedule features 18 matches (10 at home and eight on the road) against nine 2015 NCAA Tournament participants. Six of those nine teams won at least one match in the national tournament, two reached the quarterfinals, and Duke was the national runner-up.

“This is a schedule that is going to challenge our team, and which has a couple of really good tests in nonconference play. We will see a few teams that haven’t been on our schedule before, and it will be great preparation for the conference season,” said Head Coach Eddie Radwanski.

The Tigers, who finished tied for second in the ACC last season, open the regular season on the road against Auburn on Friday, Aug. 19, before returning to Clemson for their first match at Historic Riggs Field on Aug. 21 against Georgia. The team plays half of its 10 ACC matches at home in 2016, including its conference home opener against Syracuse on Thursday, Sept. 22.