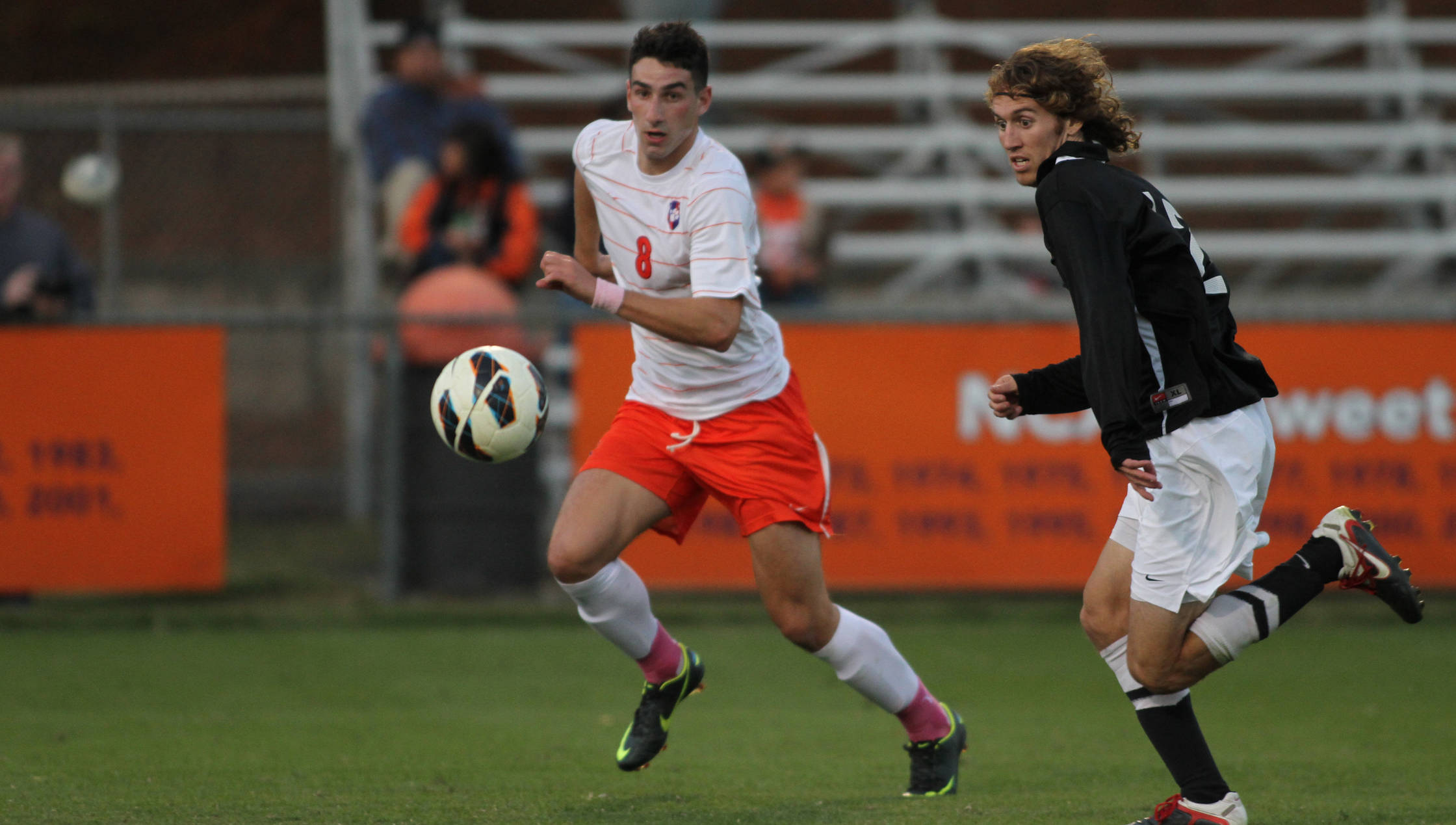 CLEMSON, SC – The Clemson-Wofford men’s exhibition soccer match scheduled for Greer, SC Wednesday night has been postponed due to inclement weather and unplayable conditions.  The match will be played Thursday night (August 22) at 7:00 p.m. at the MESA Soccer Complex on 1020 Anderson Ridge Road in Greer, SC.The contest has been designated as a Red Card Cancer match.  The two teams are competing on the field for the Red Card Cancer Cup and will compete off the field to raise the most money for Red Card Cancer.  Fans can make a one-time donation, a pledge per goal, corner kick, or penalty kick, or make a donation at the event.  Clemson will also continue the initiative throughout their season with the Clemson Red Card Cancer Goal Club where fans can pledge a donation per Clemson goal.  “A Cure is the Goal. Red Card Cancer is a call to action to help defeat the world’s biggest opponent by uniting the global game of soccer in the fight against cancer” according to the Red Card Cancer web site. “Red Card Cancer is a community committed to raising money and awareness for cancer research at the Johns Hopkins Kimmel Cancer Center. Through engaging and working with all levels of the greater soccer community, Red Card Cancer seeks to become how the soccer community can fight cancer, together.”