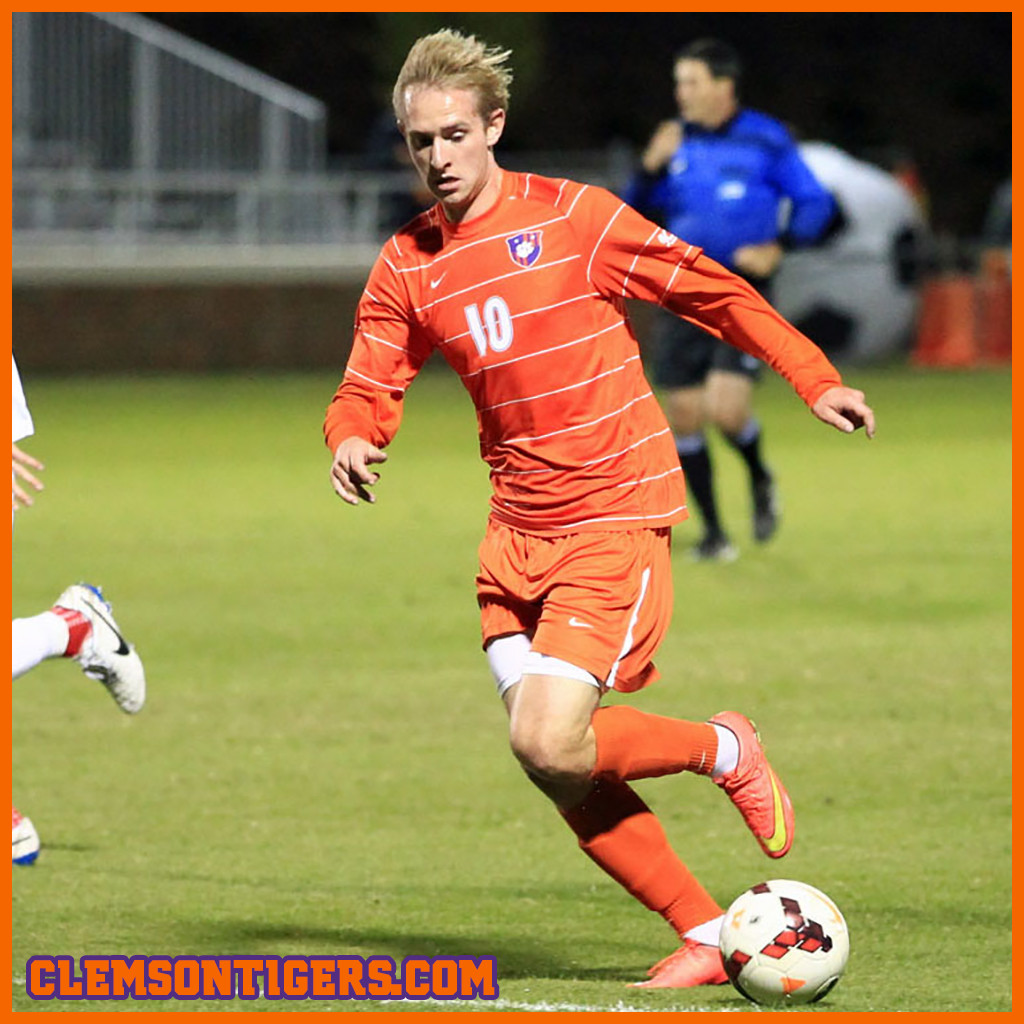 In a match that was postponed due to weather, Clemson’s men’s soccer team put on an offensive clinic at UAB in it’s final exhibition match of the 2015 preseason. The Tigers were a 5-1 winner Sunday afternoon, the match was originally scheduled for Saturday night.

Senior T.J. Casner put Clemson on the board first in the 16th minute. Casner’s goal came from the top of the box straight at the net and was unassisted. The Irvine, Calif. product would score a second  goal in the 61st minute, a header off an assist from Oliver Shannon.

Redshirt senior Kyle Murphy scored Clemson’s second goal of the first half, a strike in the 36th minute.

Junior Iman Mafi found the back of the net in the 46th minute to make it 3-1. Fellow junior Aaron Jones, a transfer from Georgia State, scored Clemson’s final goal of the afternoon in the 62nd minute.

“We played well overall, but the final score flattered us a bit,” head coach Mike Noonan said. “We now must take the momentum we’ve built this preseason into the regular season, starting Friday against East Tennessee State. We want to become consistent in our performances this season.”

The Tigers head into their first full week of classes this week, and will prepare for the regular season home opener this Friday night. East Tennessee State visits Historic Riggs Field at 7:30 p.m. Information regarding tickets and game promotions will be posted to ClemsonTigers.com later this week.