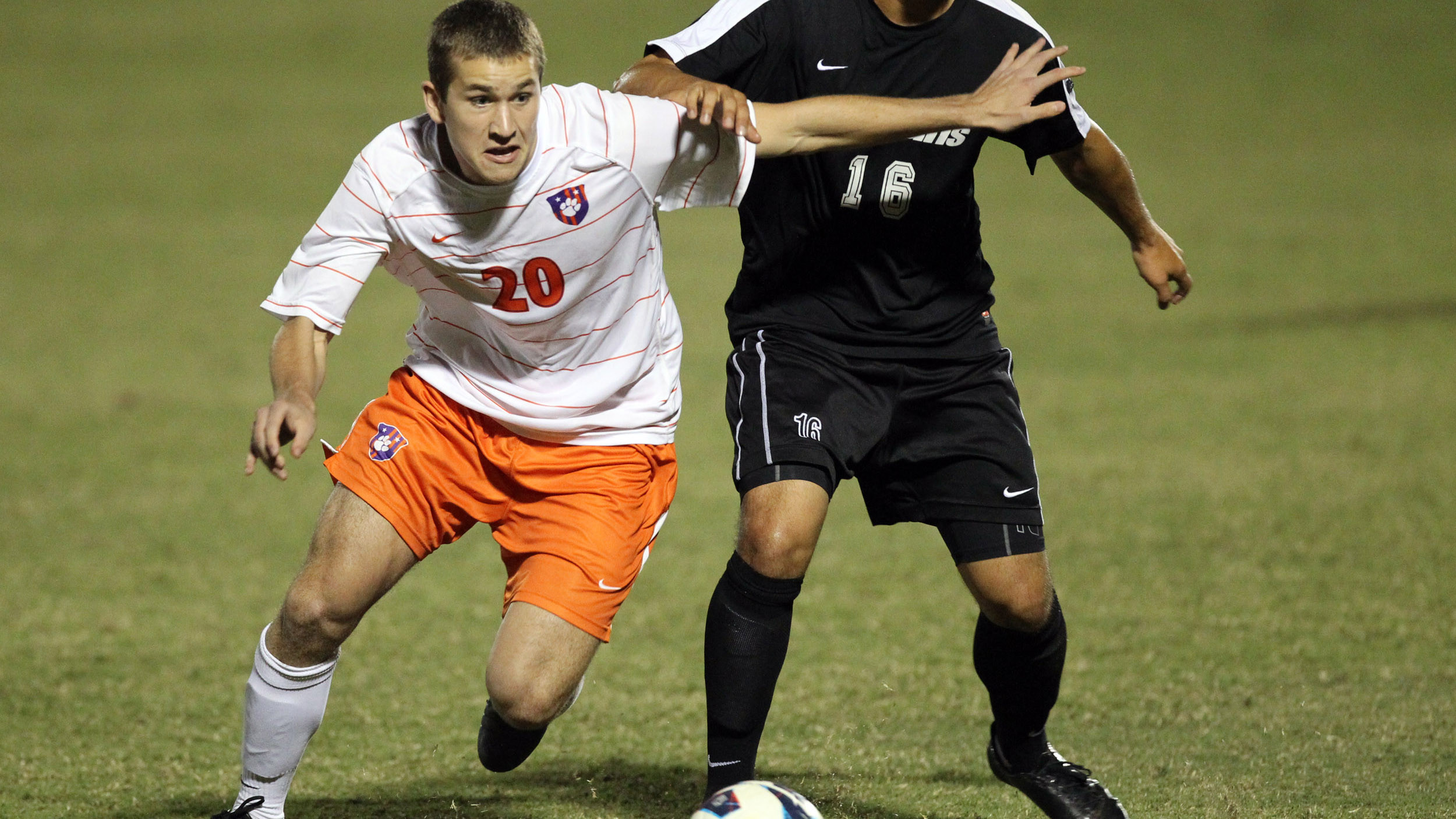 CLEMSON, SC – The 13th-ranked Clemson men’s soccer team will play host to second-ranked Notre Dame on Saturday night at 7:00 p.m. at the Tigers’ Historic Riggs Field.The Tigers have a 7-1-1 record overall this season. Clemson is led in scoring by Thomas McNamara with five goals and four assists for 14 points. Teammate Ara Amirkhanian has four goals and one assist for nine points.Notre Dame has a 5-0-3 record overall and a 2-0-2 mark in the Atlantic Coast Conference. The Irish defeated Duke 3-1 last Friday night and Indiana 2-0 on Wednesday night. Notre Dame is led in scoring by Harrison Shipp with three goals and five assists for 11 points. Leon Brown has four goals for eight points. Patrick Hodan has three goals and two assists for eight points.This will be the fourth meeting between Clemson and Notre Dame on the soccer field. The Tigers lead the overall series 2-1. The two teams first met in 2001 when Clemson defeated the Irish 4-0 in Greenville, SC. In 2005, the Tigers defeated Notre Dame 1-0 in the NCAA Tournament in Clemson’s march to the final four. Last season, Notre Dame defeated the Tigers 2-1 in the Indiana Invitational.This contest has been designated as a Red Card Cancer match. Fans will have the opportunity to donate to the Red Card Cancer Fund as the Clemson men’s soccer team have engaged in efforts this year to raise money to help the fight against cancer. Also free pizza and beverages will be given away to the first 500 fans while supplies last.