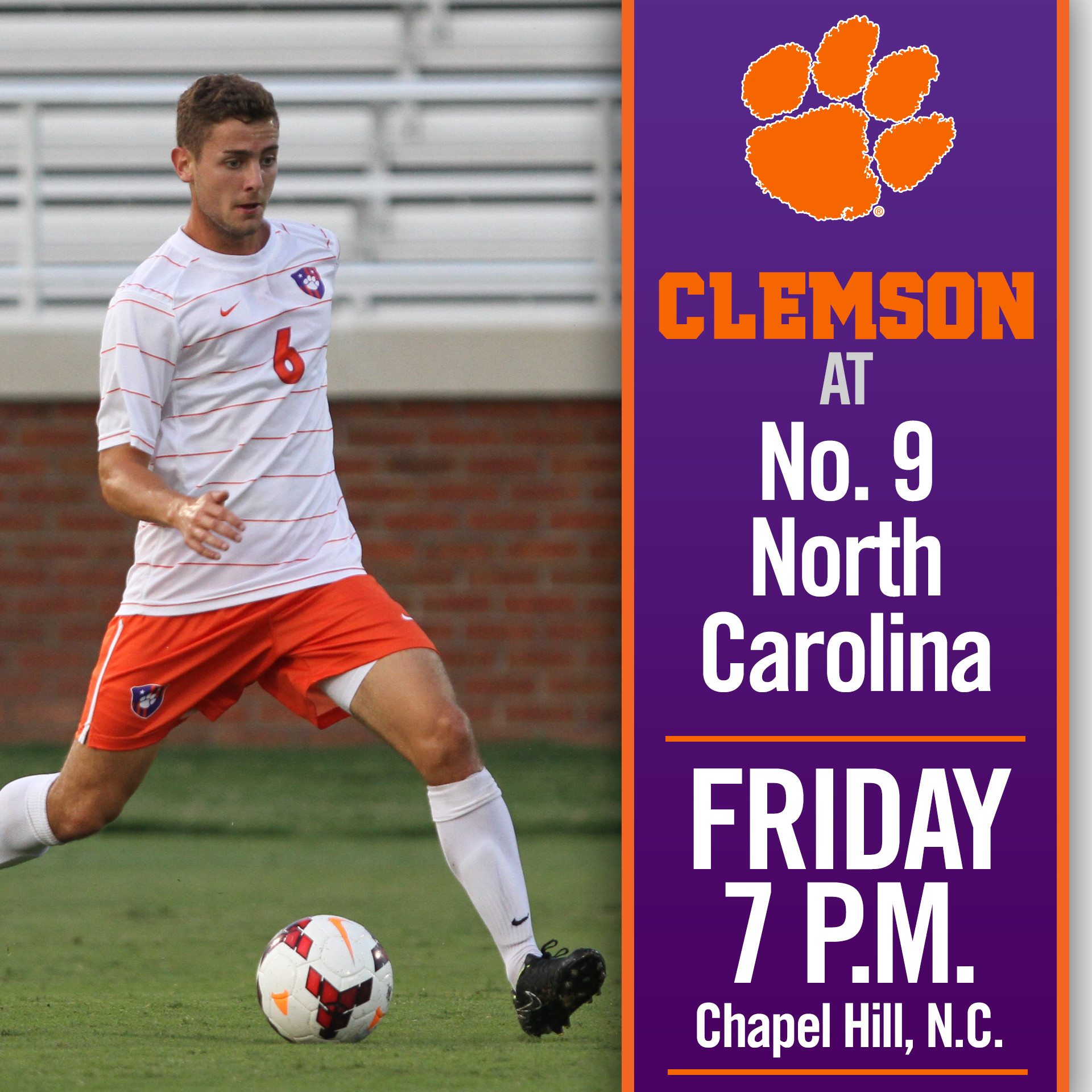 The Tigers stand at 5-4-0 overall and 2-1-0 in ACC play on the season, after knocking off Wake Forest 3-1 last Friday night at Riggs Field. The Tigers are currently third in the ACC’s Atlantic Division.

Junior T.J. Casner and sophomore Thales De Mello Moreno have each scored three goals this season to lead the team. An additional four Tigers have scored twice and another three players have scored once, bringing the total number of goal scorers to nine on the season. Casner’s three assists and nine points also lead the team. Sophomore Andrew Tarbell and redshirt junior Chris Glodack have split time in goal this season. Tarbell’s overall record stands at 4-2-0, while Glodack leads the team with 20 saves.

North Carolina, ranked ninth nationally by Soccer America, is currently on a three-match losing streak, with its most recent setback coming at the hands of UNC Wilmington 4-3 on Tuesday, Sept. 30. The Tar Heels stand at 5-3-0 overall and 1-2-0 in the ACC this season.

The Tigers and Tar Heels met twice in 2013 and Clemson won both contests, starting with a 2-1 overtime win in Chapel Hill on Oct. 8 in which Ara Amirkhanian netted the gamewinner in the 92nd minute. Clemson knocked off North Carolina for the second time last season in the quarterfinal round of the ACC Tournament on Nov. 12. The Tigers scored twice (Casner 76’ and Kyle Fisher 82’) in the final 15 minutes of play to secure the 2-1 win.