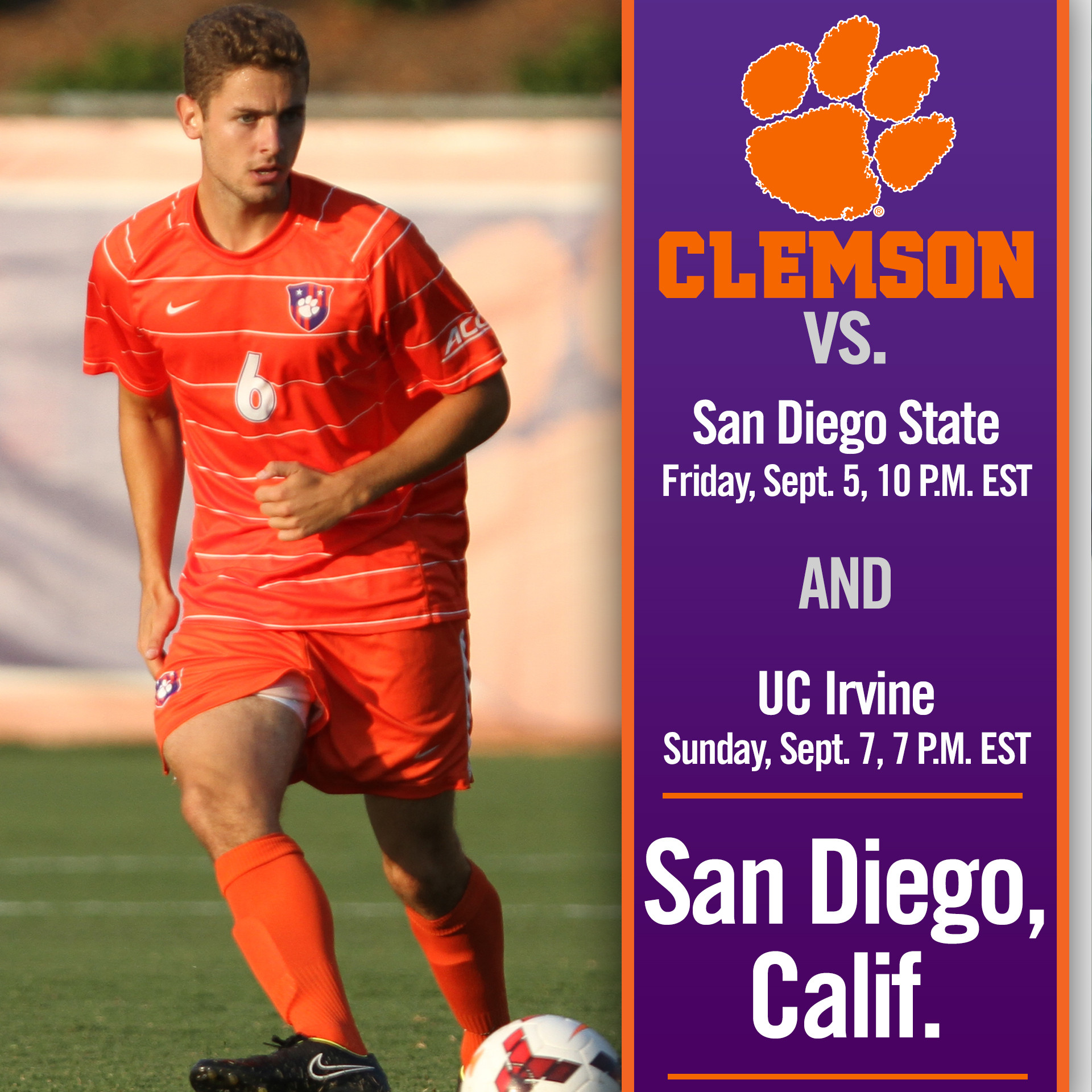 CLEMSON, S.C. – The No. 18 Clemson men’s soccer team travels to the west coast this weekend to play in a tournament hosted by San Diego State. The Tigers face the host Aztecs on Friday, Sept. 5 at 10 p.m. EST. They follow that with a match against No. 17 UC Irvine on Sunday, Sept. 7 at 7 p.m. EST.

Clemson has a storied history with Friday’s opponent, San Diego State. The Tigers met the Aztecs in the 1987 National Championship Game at Historic Riggs Field. Clemson was victorious in that game 2-0 and won its second national championship in four years.

Clemson is 1-1 all-time against San Diego State with the most recent match-up coming in 2012, when San Diego State won 1-0 in overtime, also at Historic Riggs Field. Sunday’s game is the first meeting between Clemson and UC Irvine in men’s soccer.

The Tigers have received national attention in two different polls this week. Soccer America tabs the Tigers 18th and the National Soccer Coaches Association of America, (NSCAA) ranks the Tigers as the 25th best team in the nation.