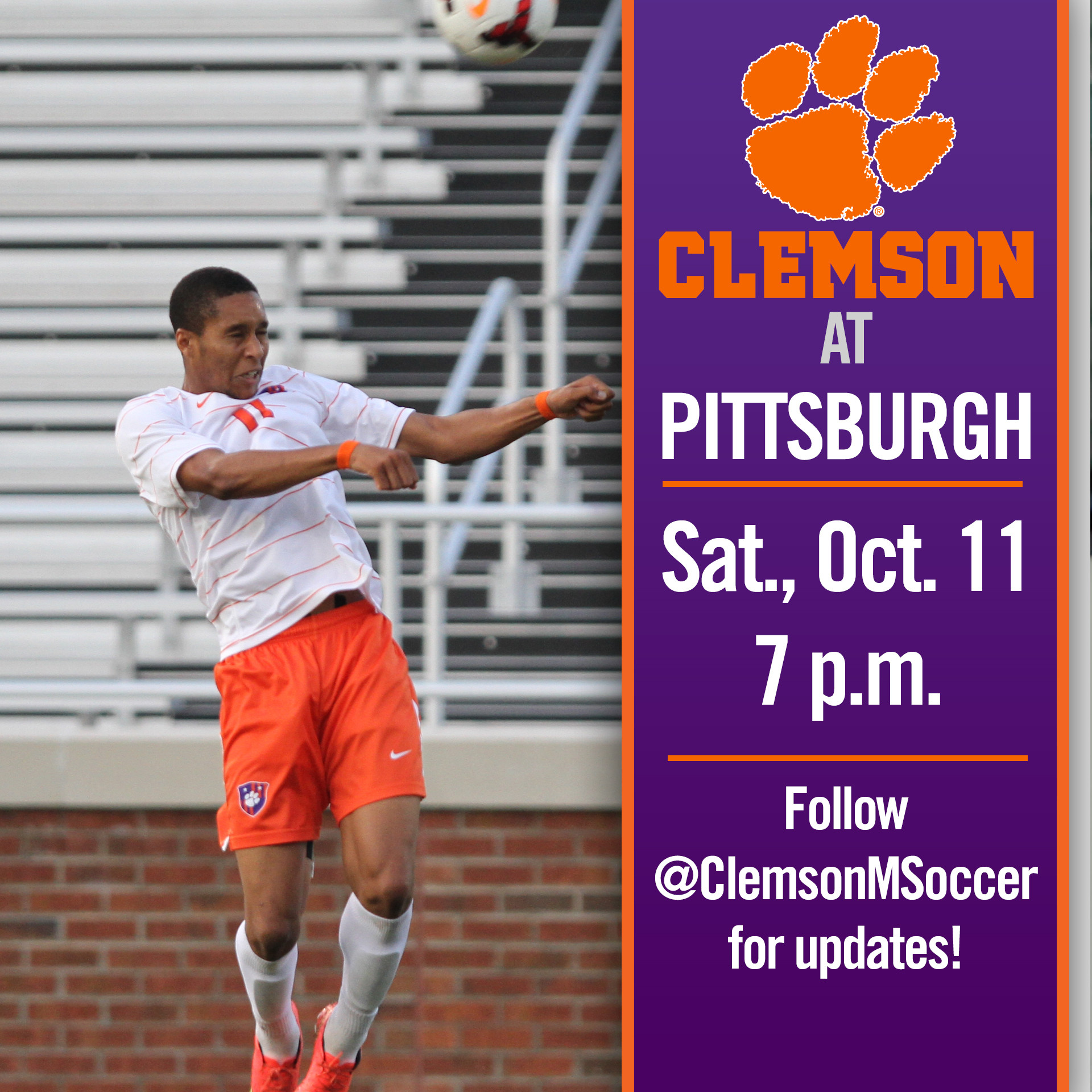 CLEMSON, S.C. – The Clemson men’s soccer team travels to Pittsburgh Saturday, Oct. 11. The match kicks off at 7 p.m. at Pittsburgh’s Ambrose Urbanic Field. The game will be broadcast live online via PittsburghPanthers.com. A paid subscription is required. Fans can also follow @ClemsonMSoccer for updates.

Clemson sits at 5-6-0 overall and 2-2-0 in the ACC on the season after a Tuesday night loss to No. 7 Charlotte at Riggs Field. The 49ers scored on an own goal in the seventh minute of the game and clung to that lead to win 1-0. Clemson out-shot Charlotte 15-8 in the match. The Tigers are currently fourth in the ACC’s Atlantic Division.

Clemson has spread the ball around offensively this season, as 11 different players have scored at least one goal. The team is led by junior T.J. Casner and sophomore Thales De Mello Moreno, both with three goals on the season season. Casner’s nine total points also lead the team. Sophomore goalkeeper Andrew Tarbell has played more than 700 minutes in goal and has 17 saves on the season.

Pittsburgh sits at 3-5-3 on the season and 0-3-1 in ACC play. The Panthers most recently suffered a 2-1 setback to Xavier on Tuesday, Oct. 7. Senior Dan Prete leads the Panthers with three goals this season and seven total points.

The Tigers and Panthers met last year in Clemson on Friday, Oct. 18. Clemson welcomed back many soccer alumni on that day and defeated Pittsburgh 2-0. Casner assisted on the Tigers’ second goal in the game, and Chris Glodack posted three saves and earned the shutout in goal.