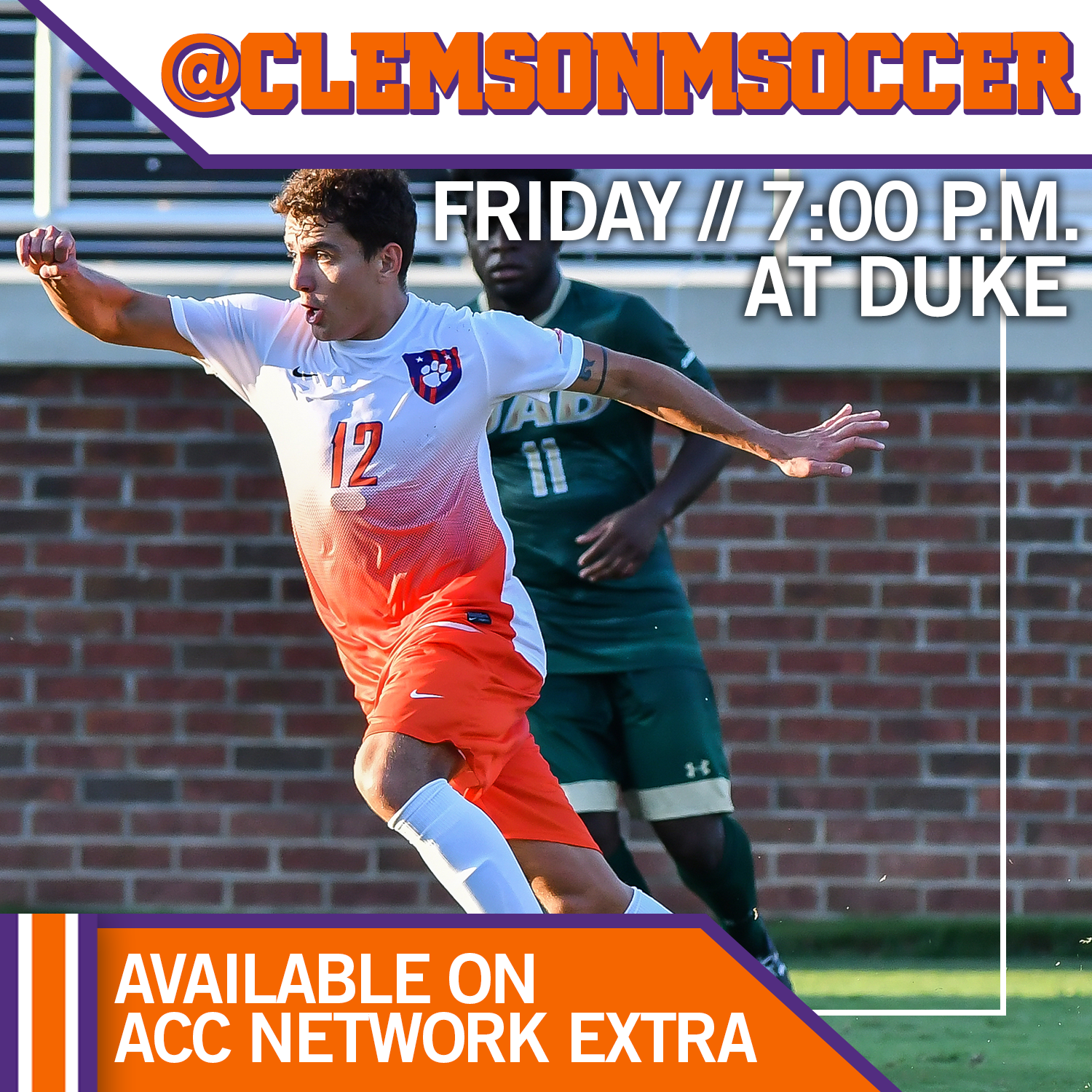 CLEMSON, S.C. – The Clemson men’s soccer team travels to Duke to play its final tune-up match before the 2016 regular season begins. The match is set to take place on Friday, Aug. 19 against Duke University at 7 p.m. in Durham, N.C.

The Tigers hosted High Point in their second exhibition match of the 2016 season this past Tuesday, a 1-1 draw for the Tigers.

The Blue Devils finished the 2015 season with a 10-7-2 overall record and a 3-4-1 record in the ACC, finishing 4th in the Coastal Division. Duke and Clemson met last season at Historic Riggs Field, resulting in a 2-1 win for Clemson. Duke will be playing its second of two exhibition matches of the fall on Friday, the first resulted in a 0-0 tie with Georgetown.

Clemson’s final exhibition contest is set to be broadcasted and streamed online on the ACC Network Extra at http://es.pn/2bxRDKb, live stats are also available at http://bit.ly/2aZ9XMG. The Tigers open the regular season next Friday night, Aug. 26 against South Carolina in Columbia.