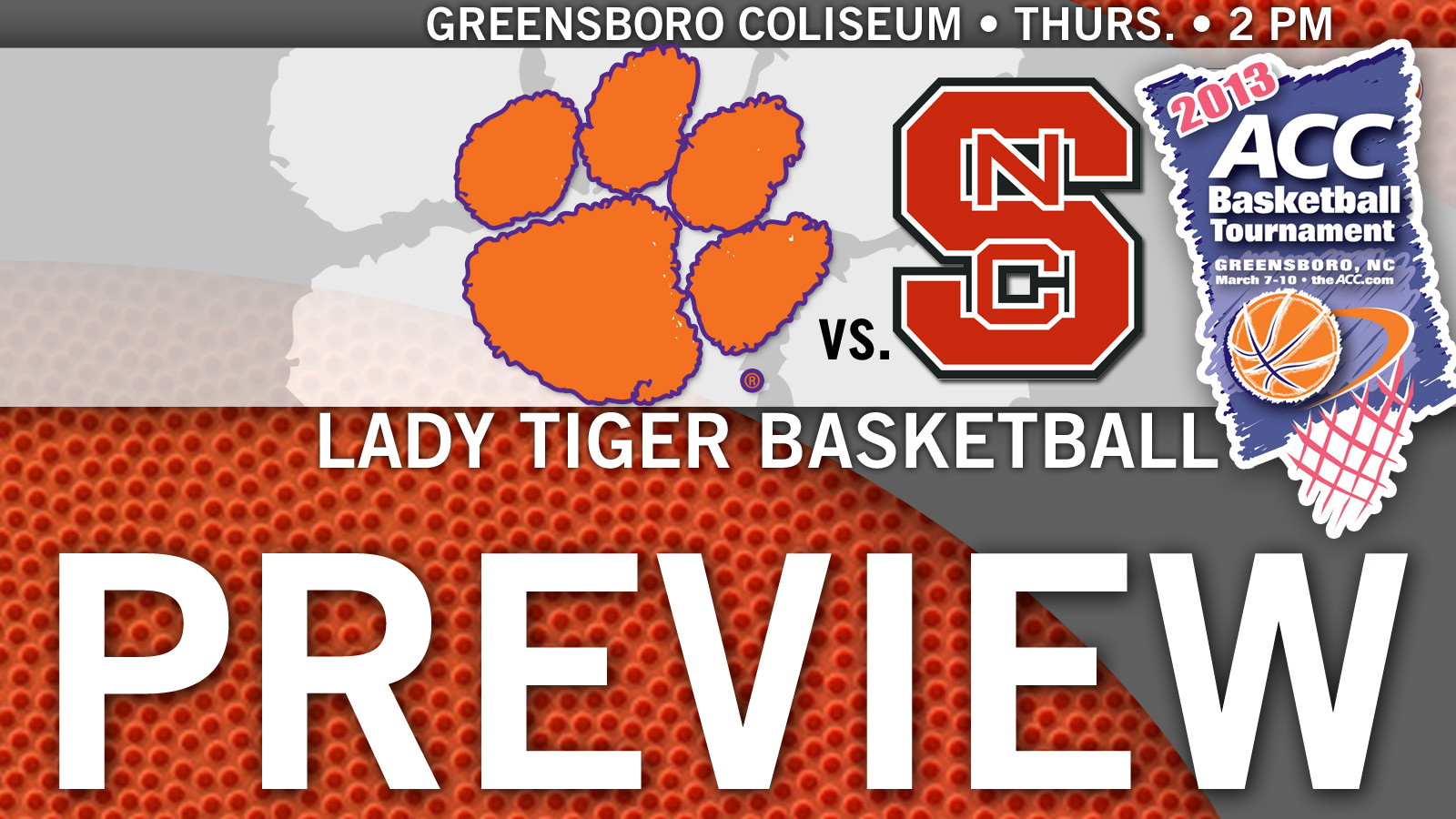 The game will be broadcast live on the Regional Sports Network, and can be viewed online on ESPN3. The Clemson Tigers Sports Radio Network will carry the game, and gametracker is also available.

The Lady Tigers finished tied for ninth in the ACC with Boston College and Wake Forest, but earned the ninth seed by virtue of a combined 2-1 mark against the two, and a head-to-head win over Wake Forest in their only meeting.

Clemson has played NC State twice this season, including earlier in the day on Sunday, when the Wolfpack prevailed, 63-47, in Littlejohn. NC State also won the meeting in Raleigh in early February. The winner of Thursday’s game will earn a meeting with top-seed Duke, who enters at 27-2 overall and 17-1 in league play.

Ironically, the last time Clemson was a No. 9 seed in 2008, they matched up with No. 8 seed NC State in the first round, and knocked off the Wolfpack, 65-60, in overtime.

NC State holds a 51-30 lead in the all-time series, and the 81 meetings are the most between Clemson and any other opponent in program history.