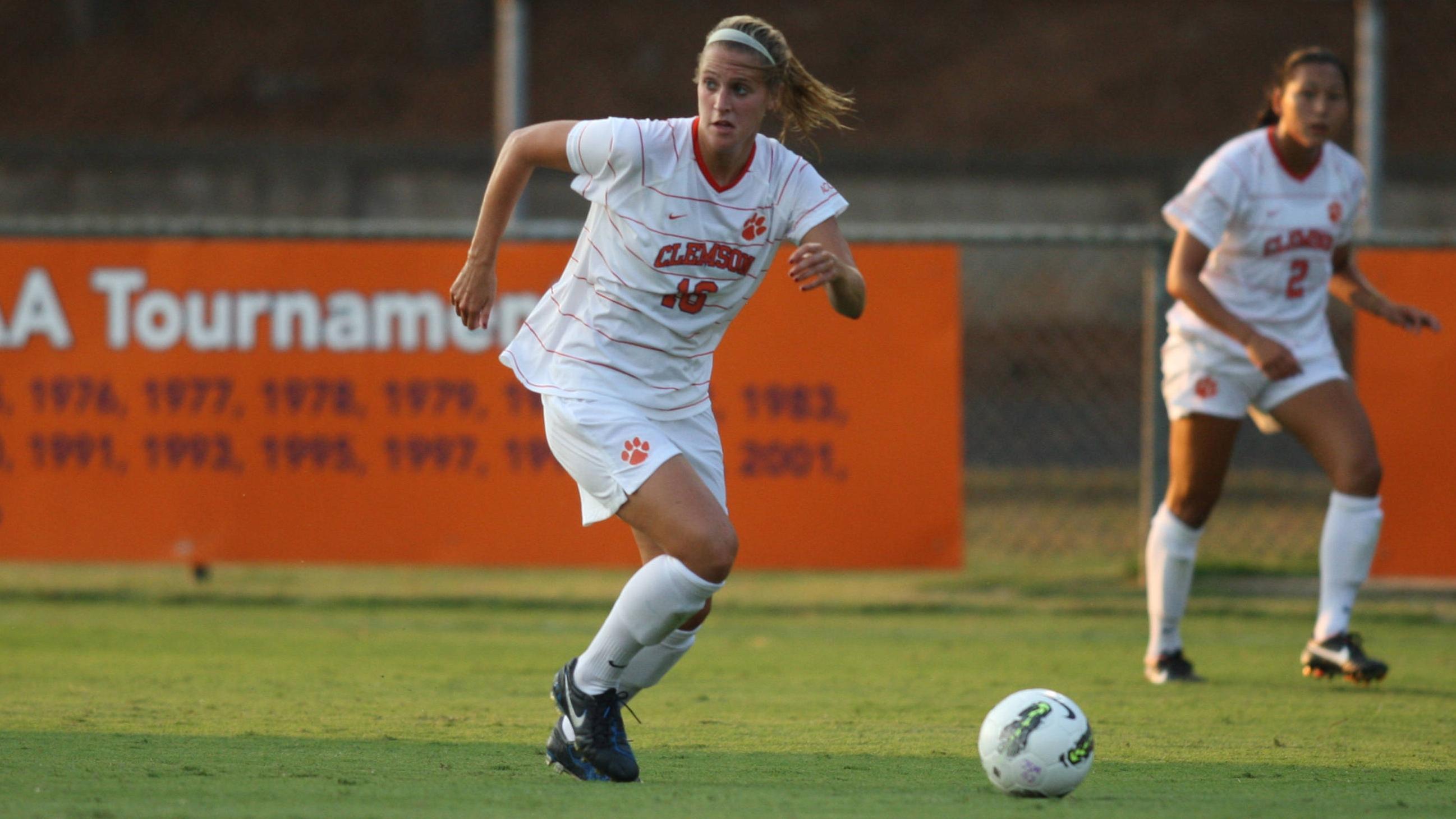 CLEMSON, SC – The Clemson women’s soccer team will play its first of four consecutive home games on Sunday as it plays host to Miami.  The game between the Tigers and Hurricanes will kick off at 1:00 PM at Historic Riggs Field and will be broadcast live for free on TigerCast on ClemsonTigers.com.

Clemson is 5-7-2 overall (0-6 ACC), after falling to number-one-ranked Florida State 7-0 on Thursday night in Tallahassee.  The game against the Seminoles was the Tigers’ sixth straight against a top-25 nationally ranked opponent.

Hunter Rittgers has recorded 50 saves in over 1091 minutes in goal for the Tigers.  The freshman currently ranks second among conference goalkeepers in saves and third in saves per game with a 3.85 average for the year.

Miami has a 6-5-1 overall record and a 1-3-0 ledger in ACC play.  The Hurricanes fell to #9 North Carolina by a score of 6-1 in their most recent outing on Sunday, September 30.  Ali Brennan leads Miami in scoring with three goals and two assists for eight points, and Emily Lillard has tallied 42 saves in 922 minutes in goal for the Hurricanes.

The Tigers have a 2-5-1 record in the series against Miami, which dates back to the 2004 season.  In 2011, the Hurricanes edged Clemson by a score of 3-2 in double overtime in Coral Gables, FL.