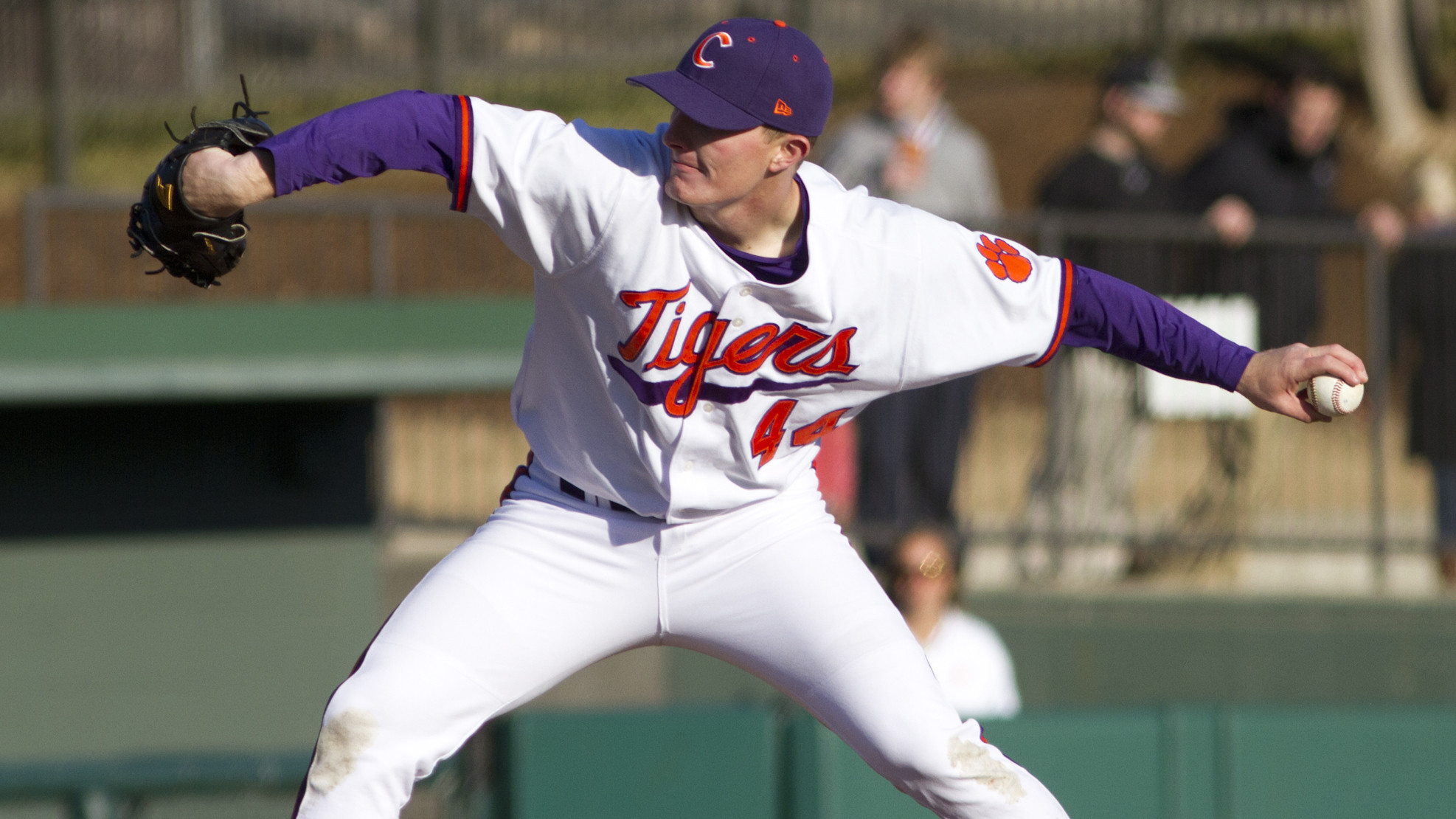 Clemson vs. Charleston SouthernClemson (9-5) will host Charleston Southern (8-8 entering Tuesday’s game against Ohio State) on Wednesday at Doug Kingsmore Stadium. First pitch is scheduled for 4:00 PM. The game will be available live via webcast on TigerCast at ClemsonTigers.com. The game will also be broadcast live on the radio by WCCP (104.9 FM) out of Clemson. Live stats will be available at ClemsonTigers.com as well.

The SeriesClemson and Charleston Southern have met 16 times on the diamond, with the Tigers holding a 16-0 lead in the series dating to 1976. In the last meeting on April 17, 2012, the Tigers topped the Buccaneers 3-2 at Doug Kingsmore Stadium on Thomas Brittle‘s two-out, walkoff single in the ninth inning. Each of the last 10 meetings have taken place at Doug Kingsmore Stadium.

The Starting PitchersCharleston Southern will start freshman lefthander Andrew Tomasovich (0-2, 13.50 ERA) on the mound. The Tega Cay, SC native has made three starts for a total of 10.0 innings pitched. He has yielded 20 hits (.426 opponents’ batting average) and seven walks with 11 strikeouts.

The Tigers will counter with freshman lefthander Matthew Crownover (1-0, 4.15 ERA) on Wednesday. The Ringgold, GA native has made two starts and one relief appearance for a total of 8.2 innings pitched. He has surrendered six hits (.194 opponents’ batting average) and two walks with seven strikeouts.

The BuccaneersCharleston Southern, led by fifth-year Head Coach Stuart Lake, enters Tuesday’s game against Ohio State with an 8-8 overall record after winning two of three games against Siena at home over the weekend. The Buccaneers, who are 3-1 in one-run games, are 0-3 on opponents’ home fields,

Also on the Buccaneer staff is Assistant Coach Adam Ward, a 2009 Clemson graduate who lettered three times (2007-09) as a catcher at Clemson.

Charleston Southern is averaging 5.9 runs per game and hitting .298 with a .381 slugging percentage and .360 on-base percentage thanks to 45 walks and nine hit-by-pitches against 91 strikeouts. The team also has 25 doubles, one triple, six homers, 15 sacrifice bunts, and 12 steals in 15 tries.

The pitching staff has a 5.31 ERA and .295 opponents’ batting average along with 122 strikeouts against 72 walks in 134.0 innings pitched. Sophomore righty Austin Weekley has four of the team’s five saves and has a 1-0 record along with a 2.13 ERA in eight relief appearances. Charleston Southern, who has allowed 22 steals in 25 attempts, is fielding at a .961 clip as well.

The TigersClemson enters Wednesday’s game against Charleston Southern with a 9-5 overall record and 2-1 ACC mark after defeating #8 N.C. State twice in three games on the road over the weekend. Clemson owns a 6-3 record at Doug Kingsmore Stadium.

The Tigers are averaging 4.9 runs per game and hitting .254 with a .341 slugging percentage and .331 on-base percentage thanks to 44 walks and 11 hit-by-pitches against 98 strikeouts. Clemson has also totaled 23 doubles, one triple, five homers, and 20 stolen bases in 29 attempts.

Garrett Boulware is hitting a team-best .359 with four doubles, two homers, and 11 RBIs, while Steve Wilkerson is batting .309 with three doubles, one homer, 10 RBIs, and a team-high six steals.

The pitching staff has a 2.36 ERA and .243 opponents’ batting average in 126.0 innings pitched. The staff has allowed 45 walks against 100 strikeouts, good for a 2.22 strikeout-to-walk ratio. Junior righty Matt Campbell has all four of Clemson’s saves. The Tigers are fielding at a .972 clip as well.

Boulware Catching FireSophomore catcher Garrett Boulware (Anderson, SC) entered the 2013 season with a .214 career batting average in 56 at-bats. But this season, he has caught fire at the plate and is one of the team’s best hitters. He is hitting a team-best .359 with four doubles, two homers, 11 RBIs, eight runs, and a .432 on-base percentage.

At #8 N.C. State on March 8, Boulware erupted for two home runs, the first two long balls of his career. He went 4-for-5 with two homers, five RBIs, and three runs in Clemson’s 10-5 win in Raleigh. His first homer of the game was a three-run shot that broke a 4-4 tie. It also came off All-America lefthander Carlos Rodon.