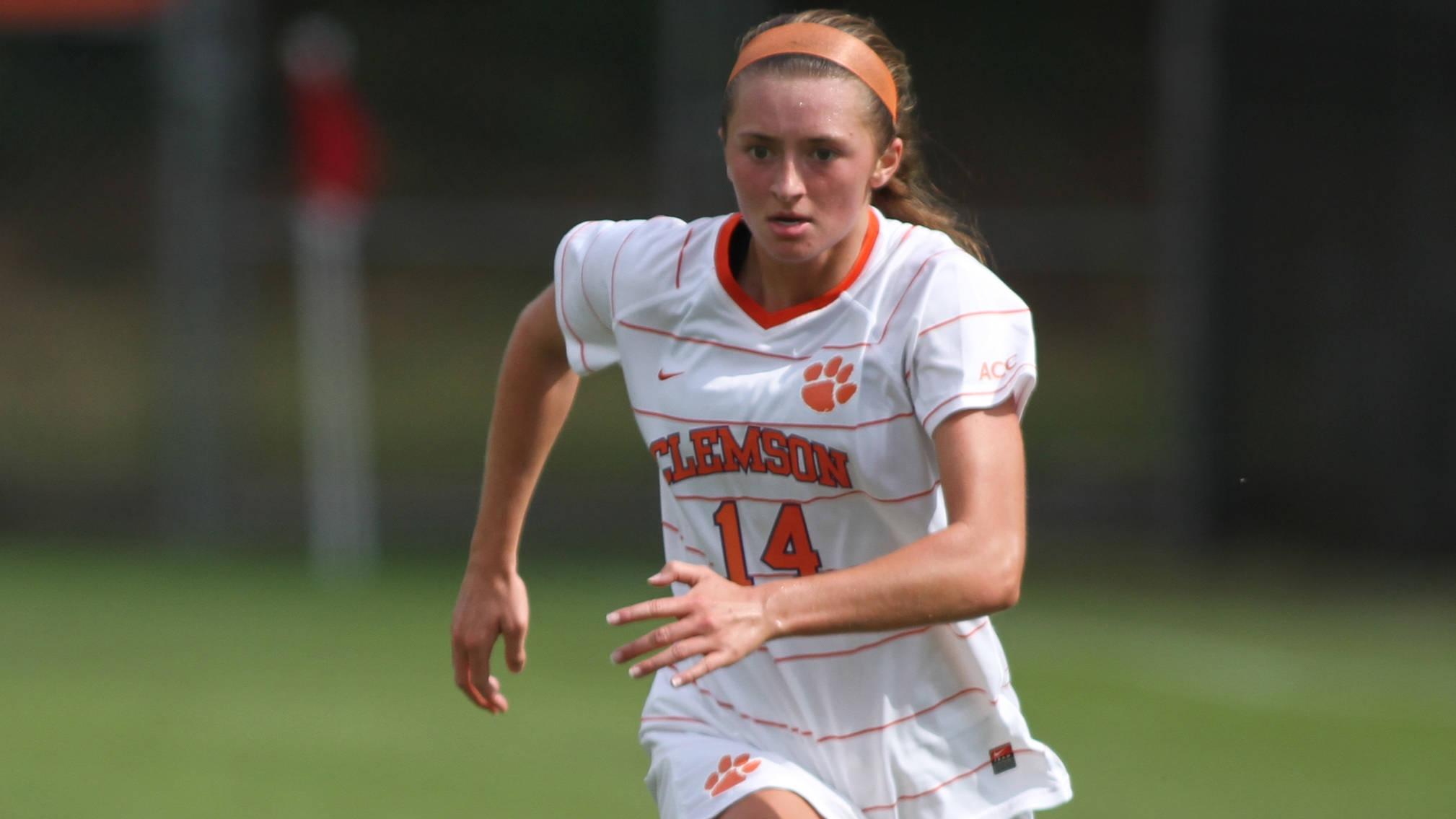 CLEMSON, SC – The Clemson women’s soccer team will play host to seventh-ranked North Carolina on Friday night at Historic Riggs Field.  The game between the Tigers and Tar Heels will begin at 7:00 PM and will be broadcast live for free on TigerCast on ClemsonTigers.com.  The first 100 fans through the gate on Friday will receive a free Clemson women’s soccer t-shirt.

The Tigers are 5-8-2 overall (0-7 ACC), after falling to #1 Florida State in Tallahassee on Thursday and Miami in Clemson on Sunday in last week’s action.  In the seven ACC contests played so far this year, Clemson has faced six teams ranked in the top-25 of the national polls, including four that were ranked in the top 10 nationally.

Hunter Rittgers has recorded 55 saves in over 1181 minutes in goal for the Tigers.  The freshman currently ranks second among conference goalkeepers in saves and third in saves per game with a 3.93 average for the year.

North Carolina has a 7-3-2 overall record (3-2-1 ACC), and is coming off of a victory against Boston College last Thursday in Chapel Hill.  The Tar Heels are led in scoring by Summer Green, with five goals and two assists for 12 points.  Adelaide Gay has posted 15 saves in 614 minutes in goal for North Carolina.

The Tar Heels have a 25-1 record all-time against the Tigers.  Clemson’s one win in the series was a 2-1 victory at Historic Riggs Field on September 13, 2000.  The Tigers went on to win the ACC regular season title and reach the quarterfinal round of the NCAA tournament that year.  Last year’s contest between the two teams was a 2-0 victory for then-ninth-ranked North Carolina on October 6, 2011 in Chapel Hill.