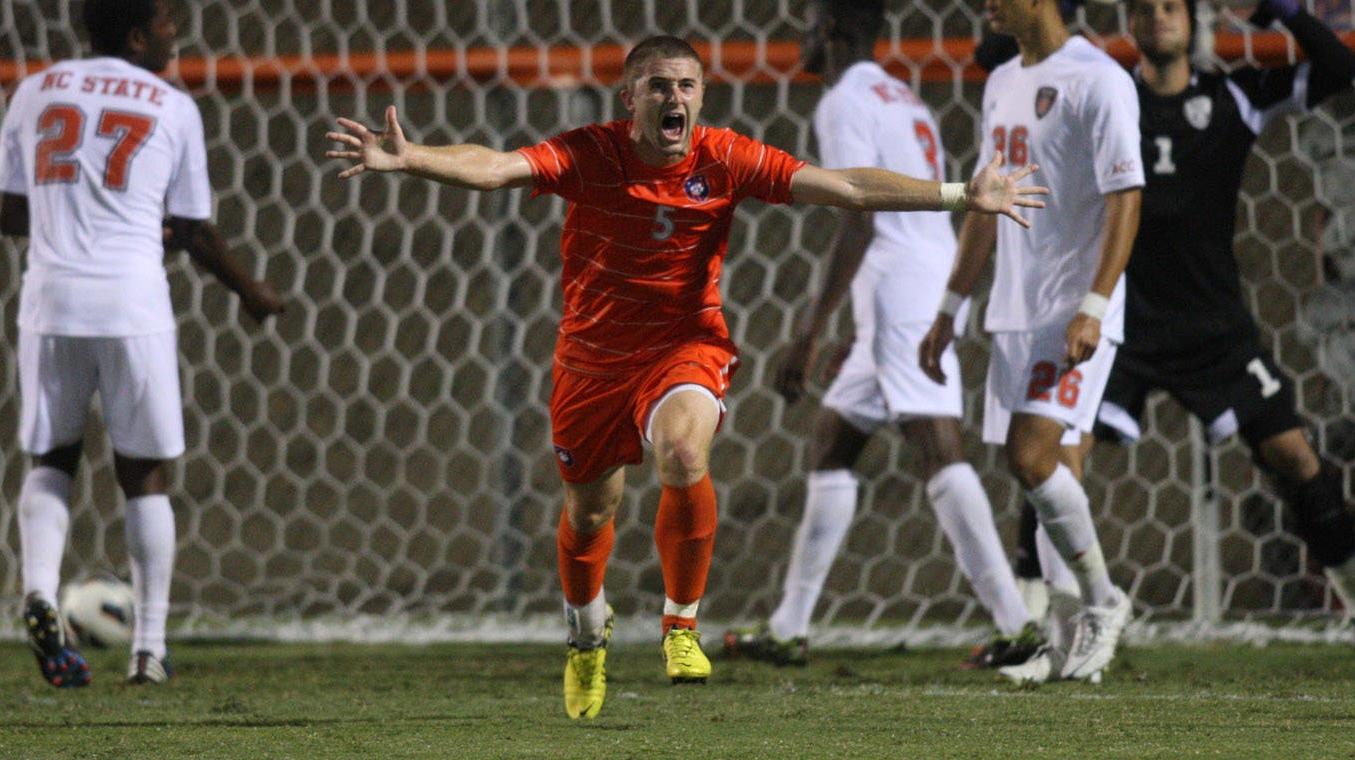 CLEMSON, SC – The Clemson men’s soccer team will play at #20 Boston College Saturday night at 7:00 p.m.  The match will be played at the Newton Campus Field.

Clemson has a 4-7-2 record overall and a 2-2-1 mark in the ACC.  Clemson is led in scoring by senior forward Austin Savage with four goals and one assist for nine points.  Sophomore Manolo Sanchez has two goals and four assists for eight points.

Boston College has a 7-3-2 record overall and a 2-1-1 mark in the ACC.  Last Saturday night, the Eagles defeated #15 Wake Forest 1-0 in Winston-Salem, NC.  On Wednesday, Boston College defeated Dartmouth 1-0.

The Eagles are led in scoring by Charlie Ruggs with five goals and four assists for 14 points.  Derrick Boateng has three goals and three assists for nine points.  Boston College is ranked 20th nationally by the Soccer America poll.

This will be the ninth meeting between Clemson and Boston College on the soccer field.  The series began in 2005, and is tied 3-3-2.  Clemson defeated the Eagles last season at Historic Riggs Field on October 14, 2011.