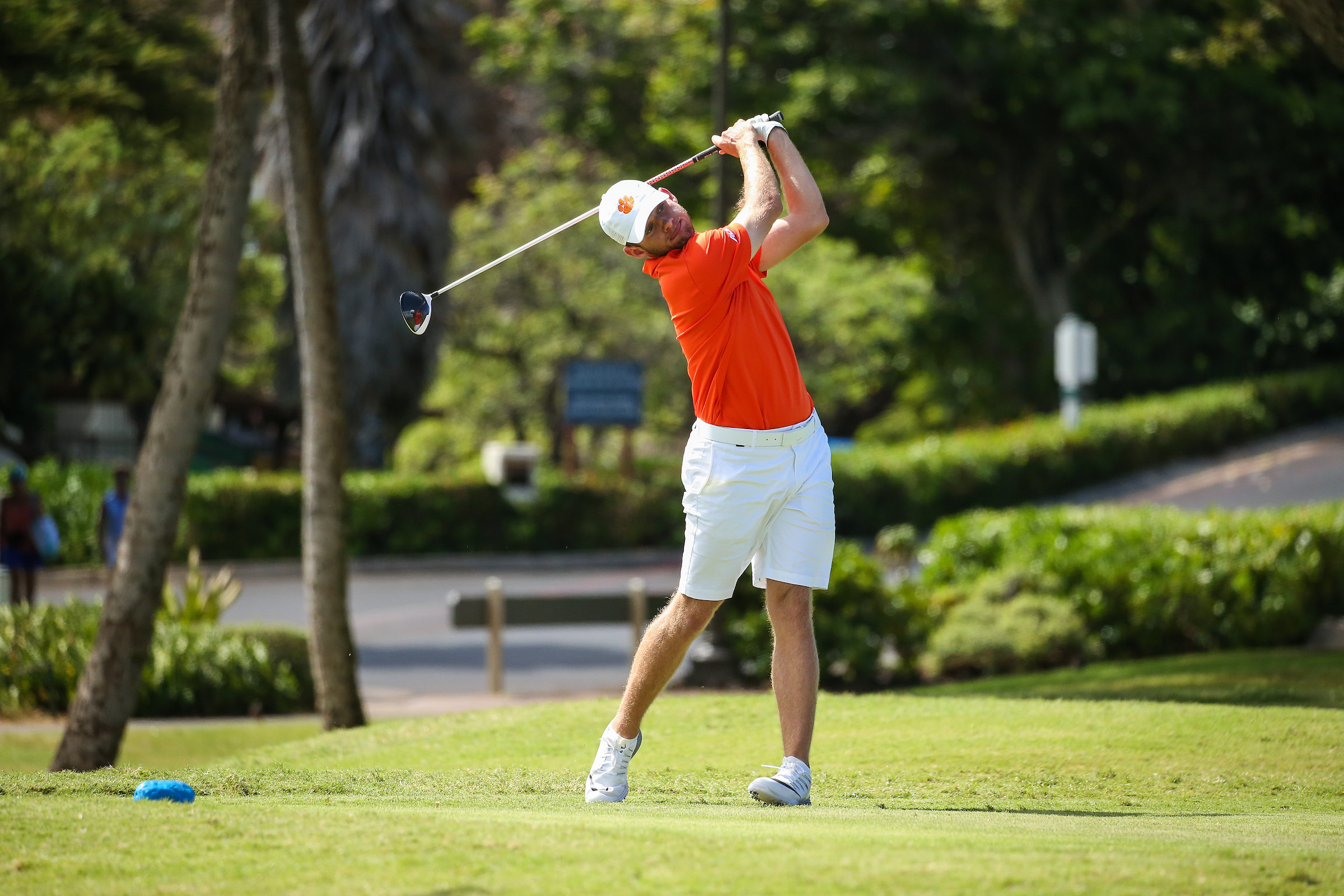 Clemson Tied for Fourth Entering Final Round in Hawaii

Clemson, S.C.—Freshmen Jonathan Rector and Doc Redman combined to shoot seven under par on Saturday to lead Clemson to a fourth-place team standing after two rounds of the Ka’anapali Collegiate Classic in Lahaina, Hawaii.   The 24-team tournament will conclude on Sunday on the par 71 course in Maui.

Georgia shot an 18 under par team score on Saturday and has a 10 shot lead entering the final round.   The Bulldogs have a 550 total through 36 holes, 10 shots ahead of second place LSU. Oklahoma is third with a 561 total and Clemson is tied for fourth with Kansas and South Carolina at six under par 562.

Clemson shot a solid 278 total on Saturday as a team, tied for the second best score vs. par by the Tigers so far this year.

Rector shot a four under par 67 and Redman added a 68 to pace the Tigers.   Redman, who had an opening round 66, is tied for third place at eight under par through 36 holes with a 134 total. He had seven more birdies on Saturday and has 14 for the first two rounds. Redman is in third place, but just one shot out of the lead held by Chase Hanna of Kansas and Greyson Sigg of Georgia. Hanna shot a tournament best 10 under par 61 on Saturday.

Rector shot five under par 32 on the front and shot 35 on the back in posting his career best 67 on Saturday. He improved 38 positions in the standing and is in 26th place entering the final round with a 142 score.

Carson Young shot an even par 71 on Saturday and is in a tie for 18th place with a 141 total.   Sophomore Bryson Nimmer had a one over par 72 and is at 145 through two rounds good enough for 51st place.   Austin Langdale improved five strokes with a 72 on Saturday.