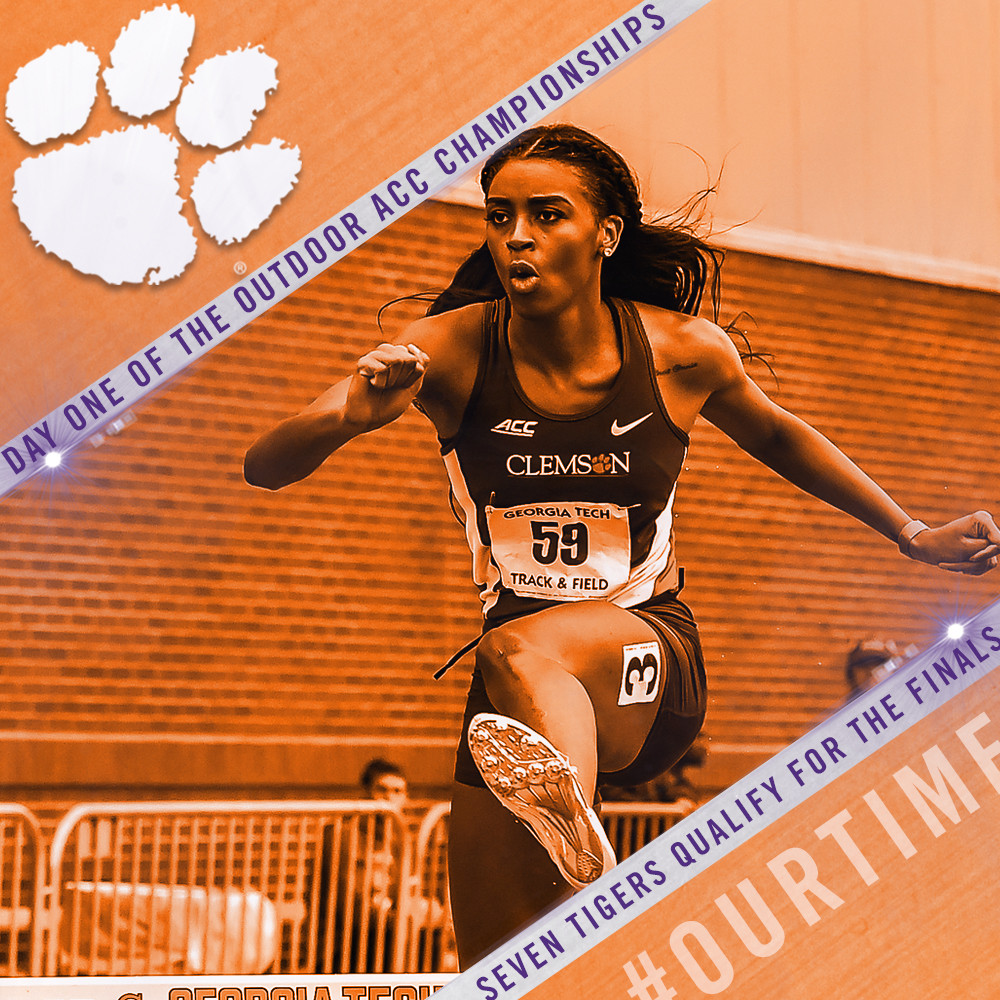 TALLAHASSEE, Fla. – Clemson fired off the blocks on opening day of the 2016 Outdoor Track & Field ACC Championships, qualifying seven student-athletes for the finals. In the throws, Danielle Borriello kicked off the meet throwing the seventh best women’s hammer mark in program history.

Freshman, Markeeta Thomas set the tone for the Tigers on the track, qualifying for the 400 meter hurdle finals with the sixth best time of the race, clocking in at 1:00.22. Deron Gordon and Jorel Bellafonte followed suit, qualifying in the 400 meter hurdles as well with the third and sixth best times of the men’s preliminaries. Gordon finished with a time of 51.35 while Bellafonte ran the event in 52.41.

Next up, Deja Parrish and Taylor Williams cruised for the third and fourth best times of the women’s 200 meter dash prelims. Parrish clocked in at 23.55 while Williams was not far behind at 20.70. In the men’s 200 meter dash, Tevin Hester walked off with the best time of the race by .28-seconds. The senior finished the race in 20.61 with Michael Cheeks in sixth at 21.19.

Borriello led the way in the throws with personal best hammer throw of 172-8, placing her seventh in Clemson history. Joe Cline also threw a personal best in the hammer and Jordan Pickerel launched a season best. James Dwyer finished the night with a personal best 10,000 meter run time of 30:34.25.

Day two of the ACC Championships begins at 10:00 a.m., with the women’s javelin. However, Clemson’s first event is slated for 3:00 p.m., as Ishmael Kamara will compete in the men’s long jump. Thomas will kick off action on the track again in the preliminaries of the 100 meter hurdles at 5:45 p.m.