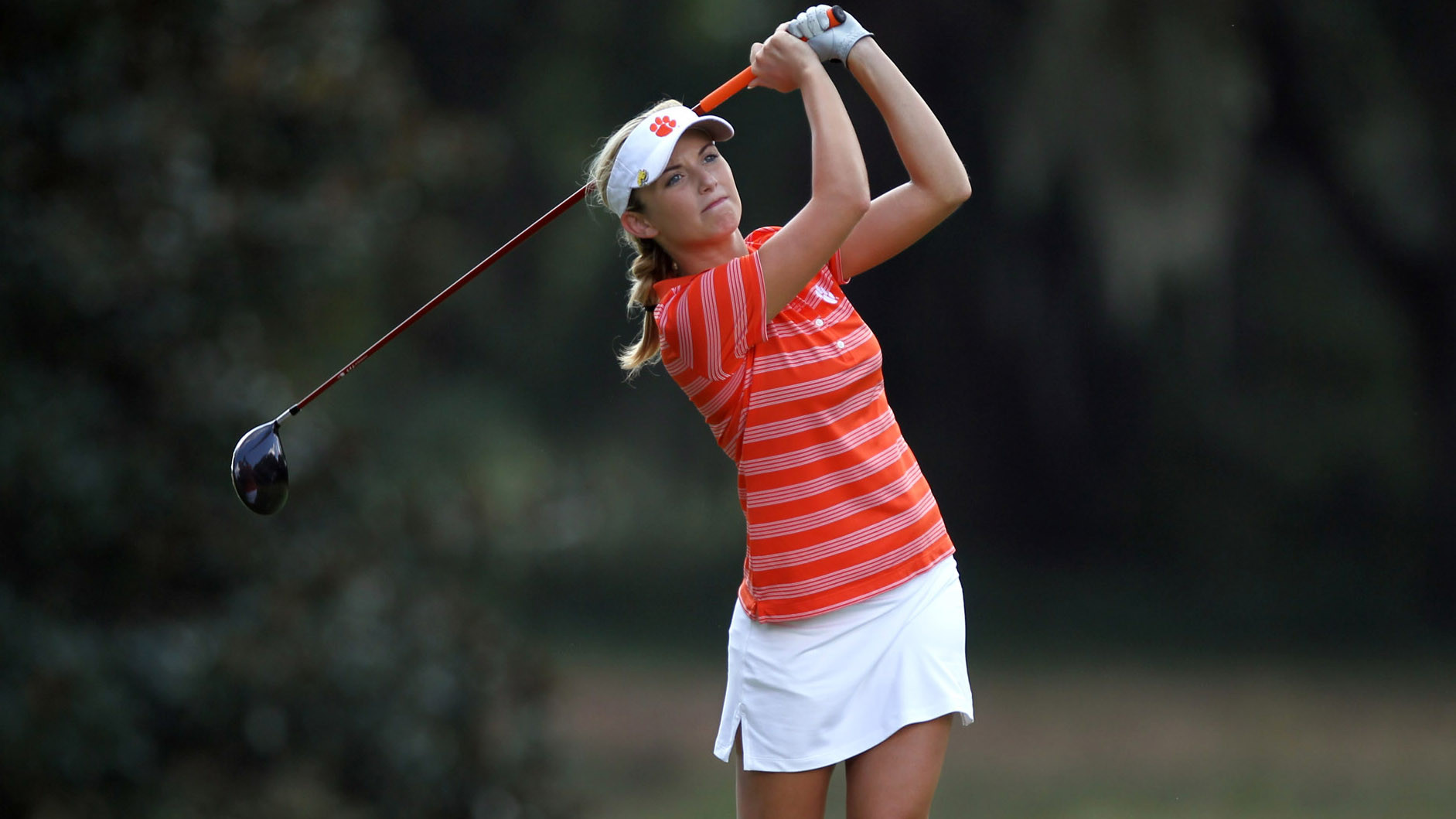 Clemson Third Heading into Final Round at Briar’s Creek

CLEMSON, S.C. – Lauren Salazar had rounds of 70 and 75 on Monday to tie for the individual lead and take Clemson to a third-place team standing after two rounds of the Briar’s Creek Invitational at the Golf Club of Briar’s Creek at Johns Island, S.C.  The 17 teams competing on the par 72 course played 36 holes in tough conditions on Monday.  They will finish the 54-hole event on Tuesday.

GRU Augusta has the team lead at 596, while East Carolina is second at 600.  Clemson is third at 601 and Texas Tech is fourth at 602.  Maryland is the only other ACC school in the national field that includes four Big Ten schools and two from the Big 12.

Clemson shot a 303 in the first round and was in fifth place.  Salazar led the way with a 70 and she had a one-shot lead in the medalist race.  Clemson improved to 298 as a team in the second round, the third best team score of the second round.

Salazar is tied for first after 36 holes with a 145 score.  The Clemson red-shirt freshman from California is tied with F. Gustafsson Spang of East Carolina and Alexandria Papell of Maryland.  Salazar has played her best golf this spring, as she has already recorded two top 10 finishes in three events.

Ashlan Ramsey, Clemson’s number-one player, had a 75 in the opening round, then improved to an even-par 72 in the second round.  She was one of just four players in the 93-player field to score even-par or better in the second round.  Ramsey already has five top 10s to her credit this year and she is just two shots off the lead entering the final round.