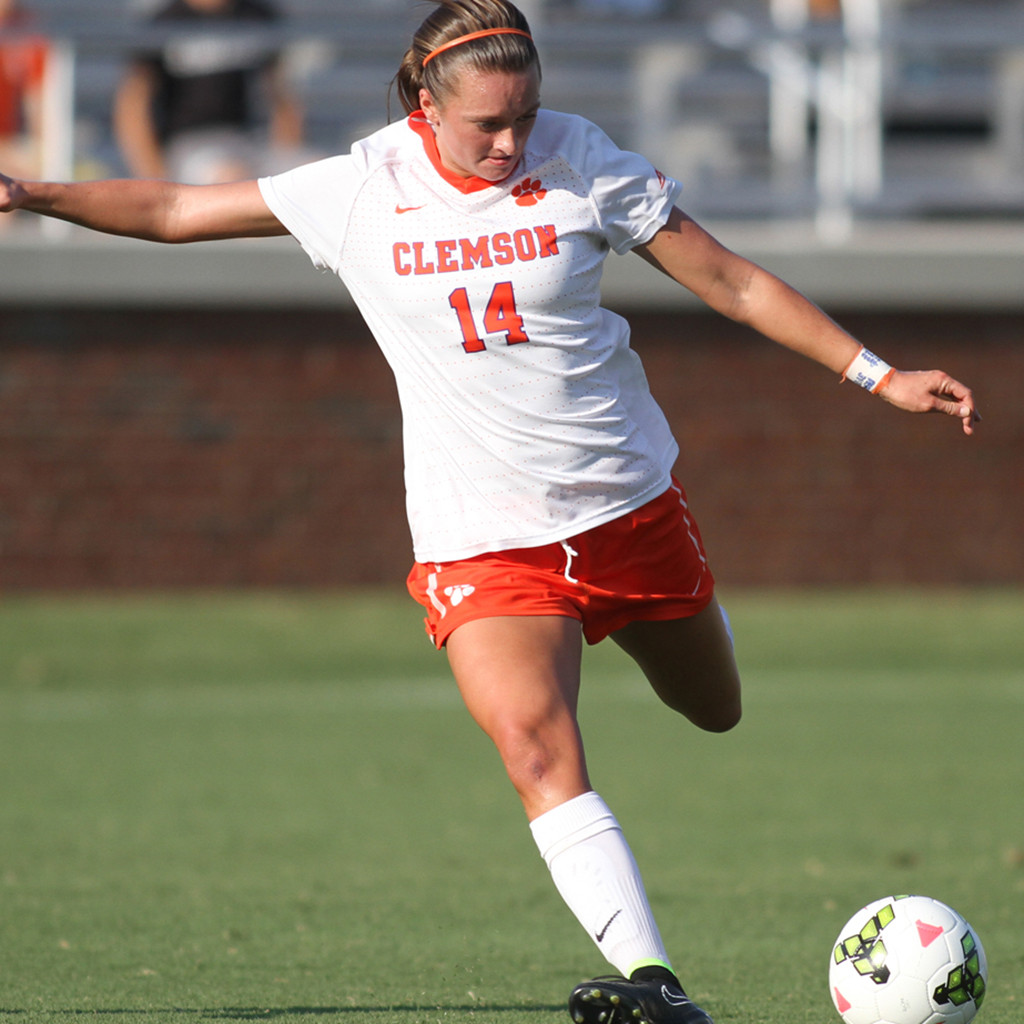 Clemson Women’s Soccer is off to a quick 4-0 start, with three of their victories coming on the road against Winthrop, Elon and VCU. Head Coach Eddie Radwanski likes his team’s fast start and attributes the great start to another year of experience and hard work towards learning their craft.

“I think it’s a byproduct of the good work that’s been going on over the last year, and the next evolution for the team was maturity and more confidence. We have a group that’s hungry, and more eager to learn,” Radwanski said about his team’s makeup. “For them to come back and evolve their own game, as you want each player to get better each year, the team deserves the credit for the work. We say each year to keep taking a step forward, keep making progress and show people what we’re all about.”

Through their four-game winning streak, the Tigers have been well balanced on both sides of the ball, scoring 18 goals, including a season-high seven against Winthrop, and could be well on track to exceed last season’s total of 28 goals. The Tigers have also been solid defensively, allowing just two goals, continuing their defensive improvements from last season, when the team allowed 18 goals compared to the 37 allowed in 2012.

“It’s been wonderful to see our girls attacking, playing free flowing soccer, looking to go to goal, trying to be dangerous and building the right mentality, which is a big part of it,” Radwanski said. “From these early games and even the preseason, a lot of good dividends have been paid from the work they’ve put in. I think it’s great for their confidence, and we really have scored some good goals of late.”

Last season, Clemson signed 11 freshmen to the team, and last season was a great learning experience for the team. Now with a full year of college soccer under their belts, Radwanski is looking forward to seeing more from this group every time they take the field.

“It’s fun to see that development take place, and there’s still more development to come, which is exciting. That group has such a large influence on our team with just its sheer numbers,” Radwanski said about this year’s sophomore class. “They help establish our culture and all the things we’re trying to do well. Our one heartbeat, our ‘never say die’ attitude, these are all things engrained in our core values.”

Junior midfielder Allie Kington also praised last year’s freshmen group, now sophomores, for stepping up to the plate, and praised the team’s chemistry through the preseason and the first four games, noting the team is playing with more confidence.

“Our chemistry’s been great. The past few summers we have brought in the freshmen early, and everyone else comes back for summer school. This has been great for team chemistry because we’ve already had a month and a half together before preseason even started,” Kington said. “Starting off with four wins, it’s raised our confidence a lot. We’re not overconfident and we know we still have a lot of things to work towards, but it’s definitely helped our confidence to get those four wins.”

When asked about the team’s maturity and approach since she’s been here, Kington used a very familiar term to describe them.

“We’ve grown a lot as a team, and everyone who’s here is basically “All In,” Kington said with a slight smile. “Not to steal (Clemson) football’s term and I know we hear it at Clemson a lot, but everyone has really bought into the program. There’s not anyone here that isn’t 100% here to get the job done. We’ve definitely matured a lot, and that’s since I’ve been here as a freshman.”

The Tigers look to keep their intensity and hunger as they head down to Columbia on Friday, Sept. 5 for a rivalry showdown against the 12th-ranked Gamecocks. Kickoff time is set for 7 p.m.  at Stone Stadium.