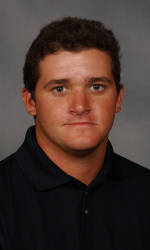 Clemson Stands Tied for Lead After First Round of US Collegiate

Clemson, SC – Tanner Ervin and Sam Saunders both shot under-par rounds to lead 10th ranked Clemson to a 292 team score and a tie for first place after the first round of the United States Collegiate Golf Tournament in Alpharetta, GA. The 15-team field includes seven of the top 10 teams in the nation. The event is being played at 7017 yard The Lakeside at the Golf Club of Georgia. Clemson is the defending champion.

Clemson is tied with ACC rival and host school Georgia Tech after the first round with the 292 team score. Georgia and Wake Forest are tied for third at 296, while Georgia State and defending NCAA champion Oklahoma State are tied for fifth at 298.

The Lakeside course proved to be quite a challenge for the nation’s top teams. Only seven players broke par, including the two Tigers. Clemson was the only team in the field with two players under par.

Ervin, who was not in the Clemson lineup for the Augusta State Invitational last week, had a two-under par 70 and is tied for the individual lead after the first round with Chris Kirk of Georgia. The junior from Mount Pleasant, SC had four birdies, including three in a four-hole stretch between the ninth and 12 holes. He played the last 11 holes at three-under par. The 70 tied his best round of the season, as he also had a 70 in the first round of the Puerto Rico Classic on February 25, the first round of the spring season.

Saunders came back strong after a disappointing 84th place finish at Augusta State. The first-year freshman had a 34 on the front side, including birdies at the second, fifth and ninth holes. His one-under par 71 is tied for third in the individual race. He also had a birdie on 12, but bogeyed the 13th and 18th holes coming in. He had a two-stroke lead at one point in the 78-player tournament when he was three under par through 12 holes.

David May, had a solid round with a 73, including birdies on the 17th and 18th holes. He was the only player in the field to birdie the last two holes. He is tied for 13th after the first round. He had struggled a bit on the front side and turned with a score of 38, but he had a 35 on the back.

Kyle Stanley, Clemson’s top player on the season with a 71.11 stroke average and ranked 10th in the Sagarin individual rankings, had a six-over par 78 on Monday, his first round over 75 all season. The problem was not due to his start, has he eagled the par five first hole. But, the freshman made a triple bogey on the par-three sixth and a triple bogey on the par-four 14th holes.

Ben Martin, Clemson’s second-ranked player this year with a 72.72 stroke average, had an eight-over par 44 on the front side on Monday, but came back with a one-under par 35 on the back. He birdied two of his last four holes and hopefully that will carry over to Tuesday’s second round.

The second round action continues on Tuesday with the final round scheduled for Wednesday.