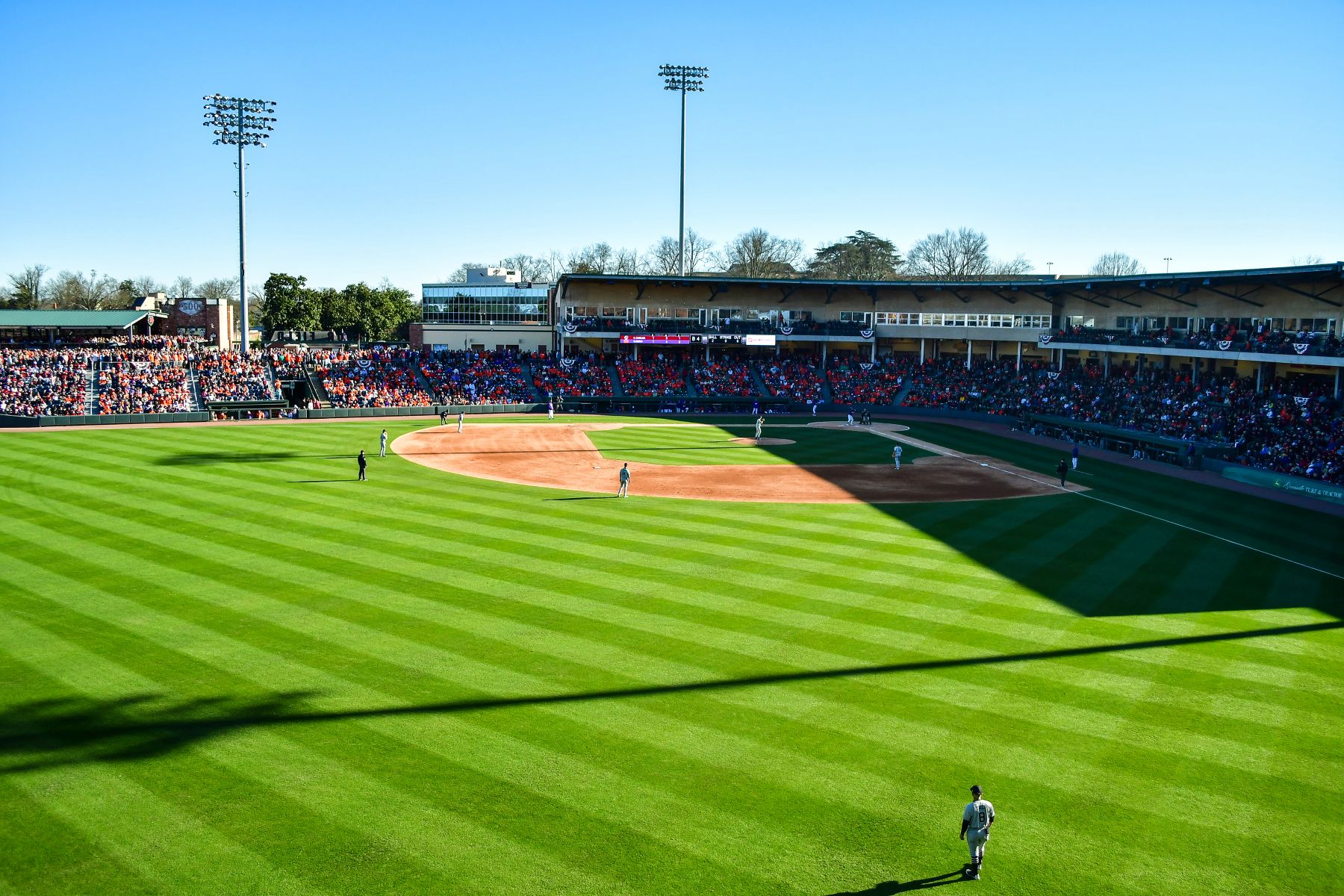 Tigers and Gamecocks to play their neutral-site games in Greenville and Columbia during the 2019-22 seasons.

CLEMSON, S.C. – The neutral-site game of the University of South Carolina vs. Clemson University baseball series has been set for the 2019-22 seasons, school officials announced today.

“Each year, the greatest college baseball rivalry in the nation is played in three different stadiums around the state of South Carolina,” said South Carolina Athletics Director Ray Tanner. “One of these games each year is at a neutral site, and Fluor Field and Spirit Communications Park are among the finest stadiums in minor league baseball. Their staffs are committed to making a first-class environment for our student-athletes.”

“We are excited to return to Fluor Field for the 2019 and 2021 seasons to play South Carolina, and we are also excited to take this game to a new venue at Spirit Communications Park in Columbia in 2020 and 2022,” stated Clemson Director of Athletics Dan Radakovich. “With the tickets at Spirit Communications Park distributed equally, we hope to see our loyal fans from the Midlands area for the 2020 and 2022 games.”

The days of the week for this weekend rivalry are:

One of the unique aspects of the spirited environment around the rivalry is that each neutral-site venue will continue to allocate the same number of tickets to each school.

Since 2010, the teams have rotated the three games in a weekend between each home stadium and a neutral site. With the exception of 2012 at Joe Riley Park in Charleston, the neutral-site games have been played at Greenville’s Fluor Field.

“The two schools worked together in the process of determining the format and the site selections in this contractual cycle,” added Radakovich and Tanner. “Bids were taken from venues throughout the state of South Carolina and Charlotte. In the end, after careful consideration and discussions, the schools decided to host the neutral-site games of this great rivalry during the next four seasons at Fluor Field in Greenville and Spirit Communications Park in Columbia. We appreciate the bids we received from all of the venues and thank them for their interest in hosting a game in this great rivalry.”

Specific dates and times as well as ticket information for each year’s games will be released at a later date.