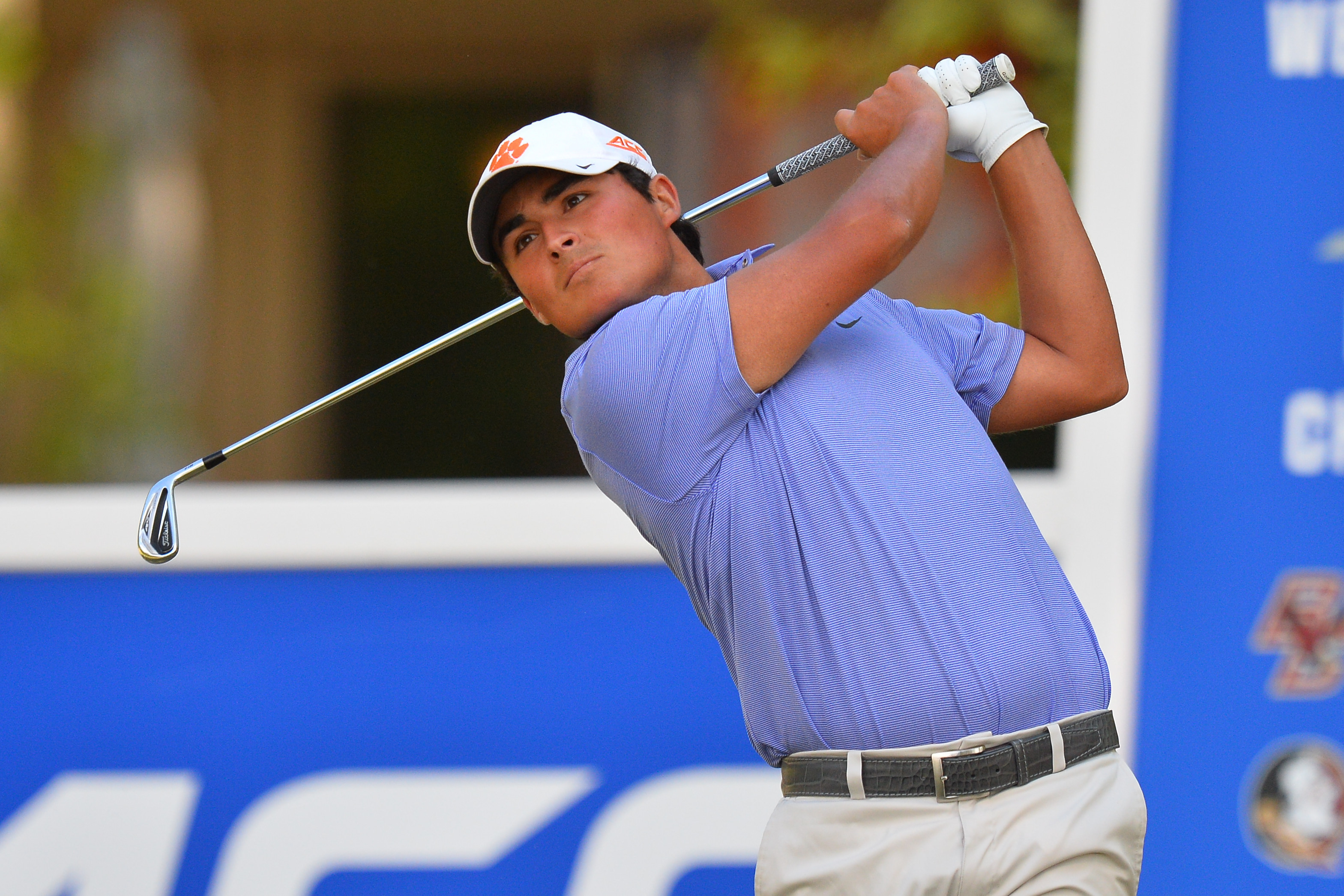 Clemson, S.C.–The Clemson men’s golf team will seek its fourth straight victory and fifth tournament win of the year this weekend at the Furman Invitational in Greenville, SC. Clemson has already established a school record by winning each of its last three tournaments.

Clemson will have a lineup of two freshmen, two seniors and a sophomore. Doc Redman, a freshman from Raleigh, NC, is Clemson’s highest ranked player with a #17 ranking by Golfweek. He has already won two tournaments this year, set six records, and boasts a 70.05 stroke average.

Bryson Nimmer, a sophomore from Bluffton, S.C, will be in the number-two position with a 70.95 average. The ACC Rookie of the Year last season, Nimmer finished second in a strong field at the Puerto Rico Classic in February.

William Nottingham, a freshman from Kingsport, Tenn, rounds out the starting lineup for Clemson. He has a 73.47 average for the year, but is coming off a strong ninth-place finish at the Palmetto Intercollegiate two weeks ago.

Notes: In 2012, Clemson set the team record for low score vs. par at the Furman Invitational with a -26 team score, 838. …Clemson won the tournament three consecutive years, 2010, 2011, 2012. …Clemson shot a 272 in the final round in 2011 and 2012 to win the event….Clemson enters the Furman Invitational on a school record three tournament winning streak. Clemson is 54-0 against the other schools in the last three events combined and 85-23 for the year….Freshman Doc Redman has counted towards Clemson’s team score in all 21 rounds he has played this year…Austin Langdale needs two birdies to reach the 300 mark for his career….classmate Carson Young needs 11 birdies to reach 300 for his ca