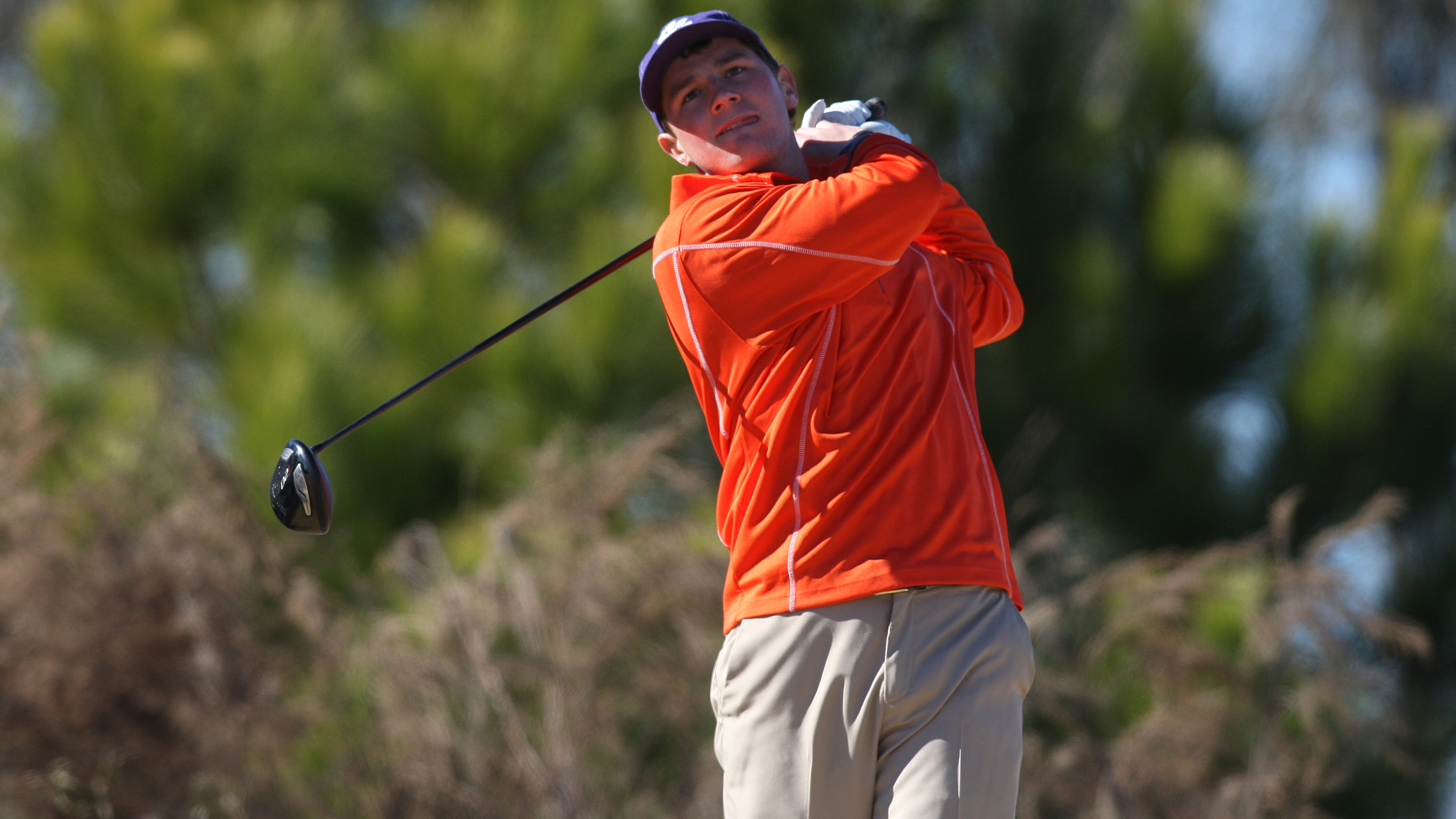 CLEMSON, SC – Clemson will begin play at the 16th Annual Cleveland Golf Palmetto Intercollegiate on Monday, March 11 at the historic Palmetto Golf Club. Eighteen teams will play the 54-hole tournament in just two days. The field will play 36 holes on Monday, then 18 on Tuesday.

USC-Aiken, ranked third among Division II programs nationally, will play host to the event that will be held at the Palmetto Golf Club in Aiken, the fourth oldest golf course in the United States. The course is a par 70 and plays to 6617 yards.

Clemson will take three freshmen a junior and a senior to the tournament. Each of Clemson’s top three golfers this year in terms of stroke average have been freshmen, Stephen Behr, Cody Proveaux and Miller Capps, and all three will be in the Clemson lineup this week. Behr has a 72.25 average and is coming off a 221 total at the Puerto Rico Classic.

Proveaux has a 72.73 stroke average after shooting even par 216 in Puerto Rico. Miller Capps is coming off a 13th place finish at the Charleston Shootout, where he played as an individual. He has a 74.0 average for the year.

Crawford Reeves is a Clemson senior who was the Tigers best player in the first tournament of the spring. He finished 15th at the Puerto Rico Classic with a 213 total, three-under-par. Bradshaw had a 224 figure at Puerto Rico and is in his third year as a starter for the Tigers.

Virginia’s Kohles and Reeves entered the third and final round of the 15th Annual Cleveland Golf Palmetto Intercollegiate tied for first. Playing in the same group on the final day of the event, Kohles (69-70-69=208) narrowly edged out Reeves by posting a 69 in the final round. Reeves (69-70-70=209) carded a 70 in round three.