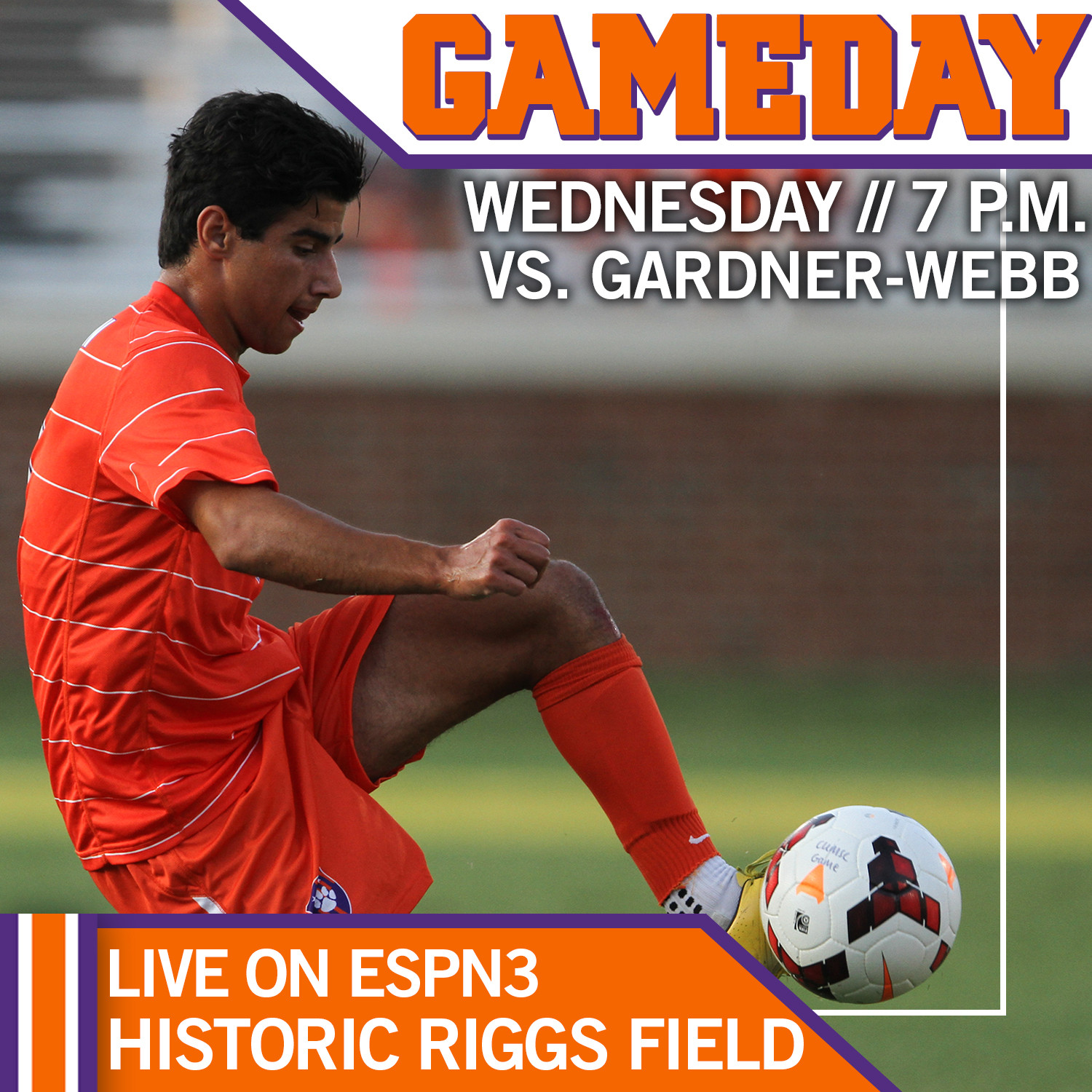 CLEMSON, S.C. – After five consecutive games on the road, the Clemson men’s soccer team returns to Historic Riggs Field Wednesday, Sept. 17 at 7 p.m. to host Gardner-Webb. The game will be broadcast live on ESPN3. Tickets can be purchased online through the Clemson Athletic Ticket Office.

Clemson improved to 3-3-0 (1-0-0 ACC) on the season with wins over Boston College and Providence last weekend. Redshirt junior Kyle Murphy, who has been named Co-ACC Player of the Week this week, scored both goals in the Tigers’ 2-0 win over the Eagles on Friday for the team’s first conference win of the year. Freshman Oliver Shannon scored the game winner in overtime to lift the Tigers to a 2-1 win over the Friars on Sunday.

Murphy’s two goals rank first on the team in that category, while six other Tigers have one goal on the season. Junior T.J. Casner leads the team in scoring, with one goal and three assists for five points. Casner’s three assists place him in a tie for second among all Atlantic Coast Conference players. Junior Chris Glodack and sophomore Andrew Tarbell have split time in goal through the first six games, and have posted 16 and 5 saves, respectively.

Gardner-Webb sits at 1-4-0 on the season. The Runnin’Bulldogs lost their most recent match at Belmont by a score of 2-0 on Sunday, Sept. 14. Clemson has an 11-1-0 all-time record against Gardner-Webb, with the Tigers taking home a 3-0 victory when the two teams met last year on Sept. 8.