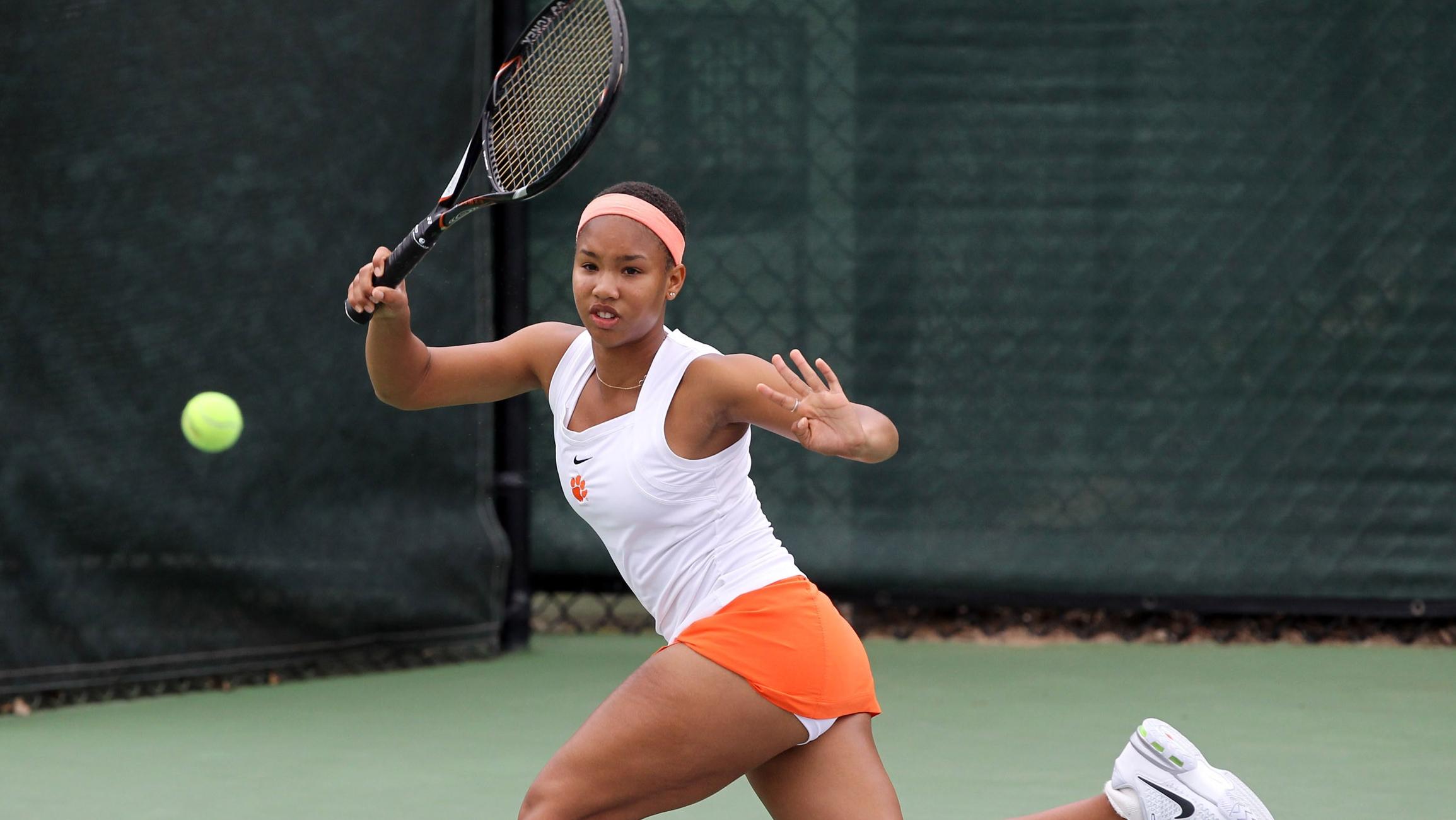 CLEMSON, SC – In an all-around team effort, No. 15 Clemson dispatched No. 33 Florida State, 7-0, Friday afternoon at the Hoke Sloan Tennis Center. The victory extends the Tigers’ winning streak to 10 overall and improves their overall record to 17-3 (9-0 ACC). The Seminoles drop to 11-8 (4-5 ACC). The 9-0 start to conference play is a new school record.

The day began with relative ease for the Tigers, who claimed the doubles point for the 18th time in 20 matches this season. Jessy Rompies and Yuilynn Miao, playing on court three, cruised to an 8-0 win to begin doubles play. The win is the 12th of the season for the duo, who improve to 12-1 on the season and extend their winning streak to eight. Romy Koelzer and Tristen Dewar jumped out to an early 7-0 lead on court two and it seemed that doubles would end early. But Florida State battled back before ultimately losing 8-4. Yana Koroleva and Beatrice Gumulya dropped a back and forth match on court one, 8-5.

Playing on court two, No. 64 Romy Koelzer started singles play with a bang. After falling into an early 3-0 deficit on the first set, she rattled off 12 straight game wins to earn the 6-3, 6-0 victory. Yana Koroleva, ranked 46th, won with similar ease. She won on the top flight 6-2, 6-1 for her 10th consecutive match win and is now 9-0 in ACC play. Jessy Rompies earned the fourth point of the day for Clemson, clinching the match, with her 6-2, 6-2 victory on court five. Tristen Dewar and and Yuilynn Miao each added victories while Beatrice Gumulya won by retirement. The Tigers improved to 49-5 cumulatively in ACC singles matches.

After returning home for just one match after over a month away from home, Clemson will once again hit the road to face No. 9 Virginia. The match between the Tigers and Cavaliers will begin at noon from Charlottesville.