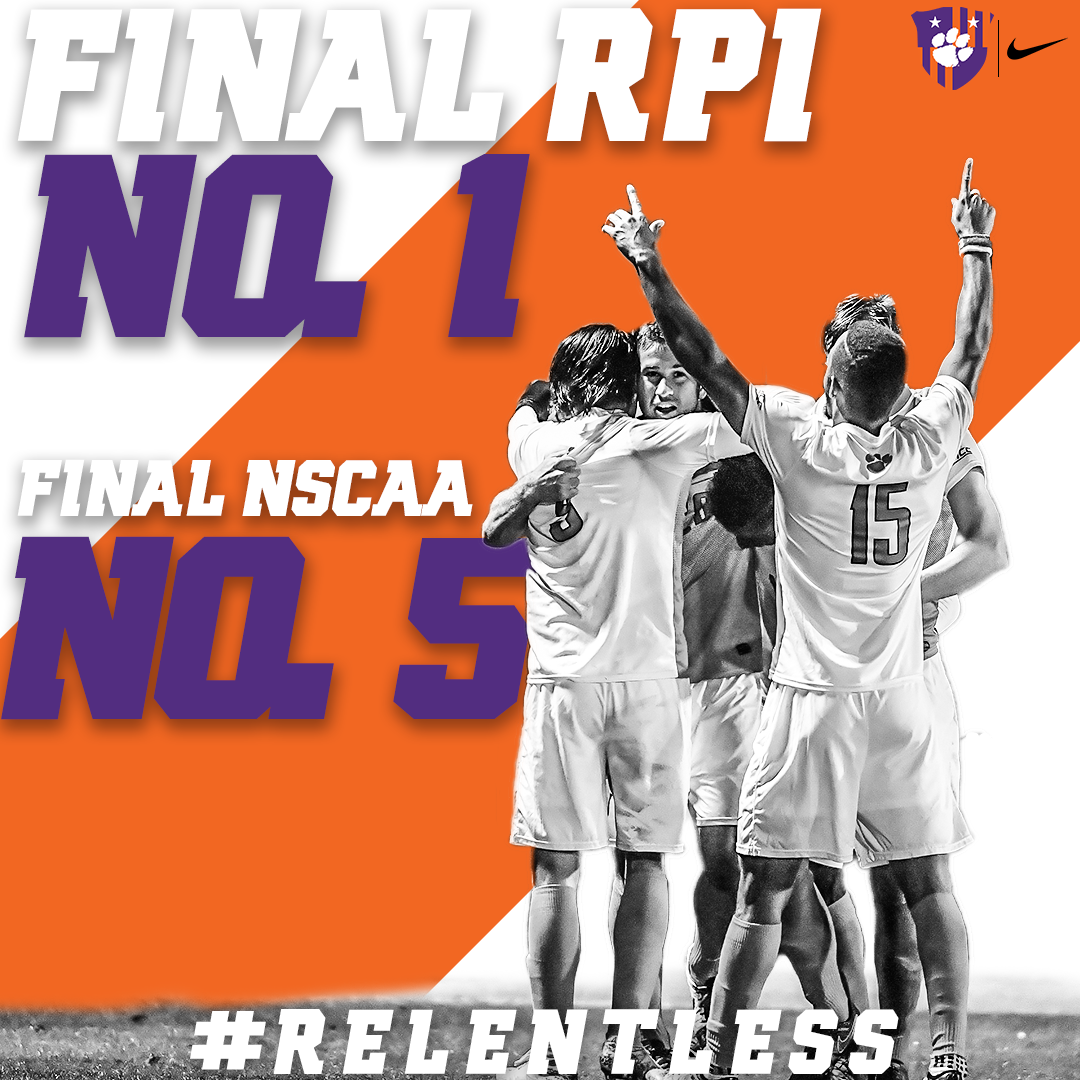 CLEMSON, S.C. – Just one day after the final NSCAA (National Soccer Coaches Association of America) rankings were released, Clemson finished No. 1 in the final RPI poll announced by the NCAA earlier today. Just behind the Tigers were the NCAA Champions Stanford and to finish out the top five was Wake Forest, Maryland, and North Carolina.