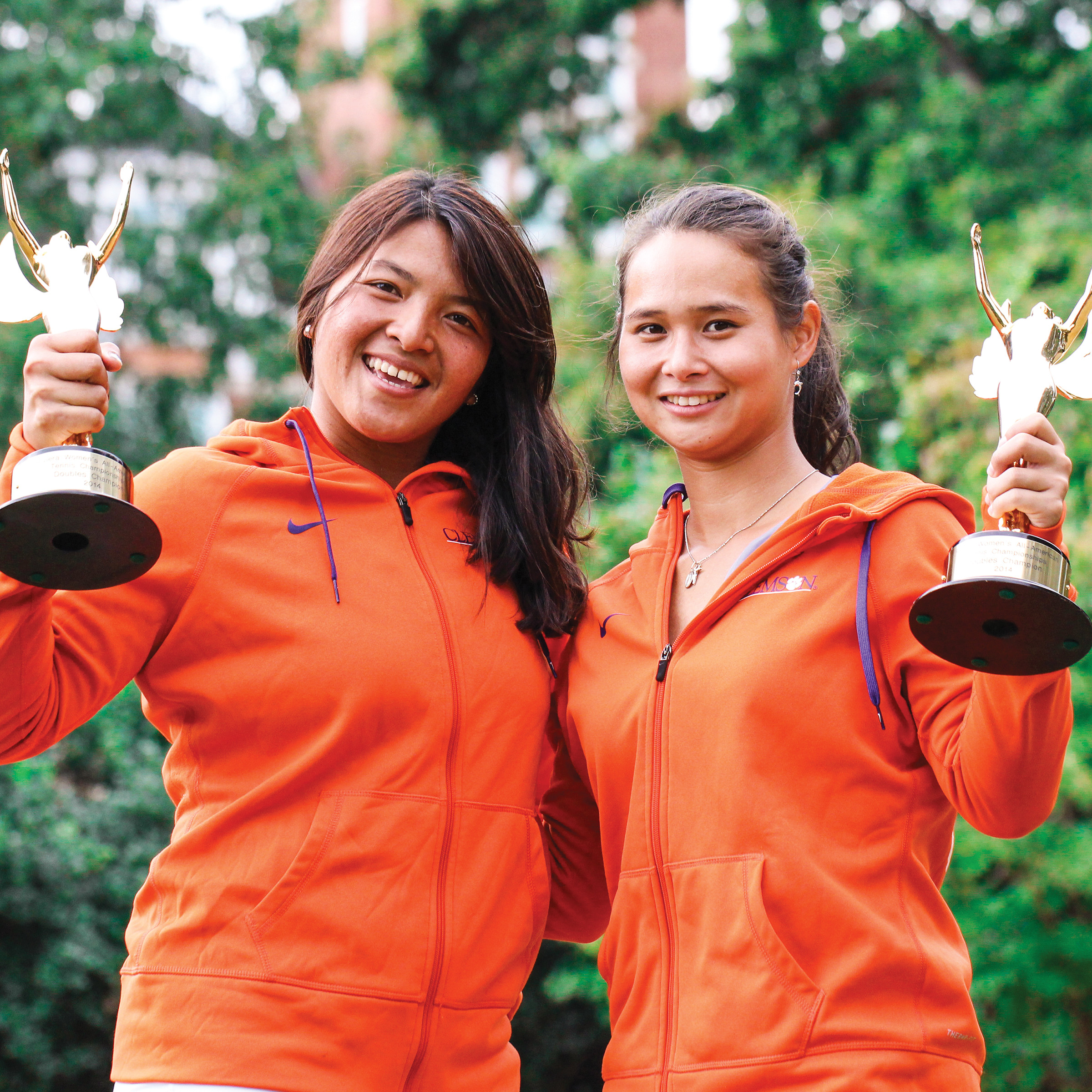 CLEMSON, S.C. – The Clemson women’s tennis team is ranked 13th in the preseason Intercollegiate Tennis Association (ITA) poll released Tuesday afternoon. The Tigers were 22-7 in 2014 and took home a share of the ACC regular season title before advancing to the NCAA Sweet 16 for the eighth time in the last nine seasons.

The Tigers also have two singles players and one doubles team ranked in the preseason polls. Joana Eidukonyte, a junior from Lithuania, earned Clemson’s top ranking at 27th. Eidukonyte, unranked entering the fall season, went 11-2 and defeated four ranked players in her five matches and the top four seeds in the tournament to win the Collegiate Clay Court Invitational in Orlando in November. She also advanced to the championship of the Carolina Regional. The ITA also ranks Eidukonyte third in singles in the Carolina Region. Senior Romy Koelzer enters the spring ranked 85th in the nation and ninth in the Carolina Region.

The doubles team of Beatrice Gumulya and Jessy Rompies is ranked second nationally. The duo was ranked eighth in the poll released in the fall and finished the fall slate 9-1. The formidable Clemson duo won the Riviera All-American after defeating the No. 1, No. 6, No. 21 and No. 40–ranked doubles teams. The pair was the seventh seed but fought back to win and advanced to the ITA Indoor Championship where they finished as the runner-up. The duo is ranked as the number one doubles team in the Carolina Region.

Gumulya and Rompies are both also ranked in singles in the Carolina Region, as Gumulya comes in at seventh and Rompies at 15th.

Clemson is one of 16 schools nationally to boast top-25 teams on both the men’s and women’s side. Chuck McCuen’s men’s squad is ranked 24th in the preseason poll.