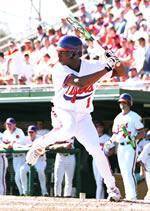 Clemson, SC – Clemson scored three runs in the bottom of the ninth inning to defeat Western Carolina 8-7 in baseball action on Wednesday night. Brad McCann hit a slow grounder back to the pitcher Daniel Lindner with one out. He threw high to first base which allowed Herman Demmink to score from second base. Kris Harvey came all the way around from first base and just beat the relay throw home to give the victory to the Tigers. It was Lindner’s first error of the season.

The Tigers extended their home winning streak to 11 games and improved to 34-1 against the Catamounts at Doug Kingsmore Stadium. Senior Steven Jackson recorded the win for #17 Clemson and improved to 3-1 for the year. The victory was win #24 for the Tigers against 14 losses. Western Carolina fell to 17-21. Lindner suffered the loss, falling to 1-2.

Jackson entered the game in the ninth inning with runners on first and second and no outs. He coaxed a groundball double play out of Chris Davis and struck out Denver Edick to escape the threat. All three of Jackson’s wins have come against Carolina teams. He defeated both North and South Carolina last week.

Western Carolina scored first, taking a 2-0 lead in the top of the third inning. Alex Gary walked to lead off the inning and then stole second base. He scored on Chad McKown’s double to right field. Brandon Zollman bunted McKown to third base. He scored on a wild pitch.

The Tigers scored one run in the bottom of the inning to cut the Catamounts’ lead in half. Herman Demmink grounder to the second baseman.

Western Carolina scored another run in the fourth for a 3-1 advantage. After two outs had been recorded, Jared Greenwood doubled to deep right center field. He scored on Brian Sigmon’s sharp line drive down the right field line.

The Catamounts scored four runs in the top of the sixth inning to increase their lead to 7-1. Todd Roper led off the inning with a single up the middle. He advanced to second base on when the second baseman mishandled Davis’ groundball, allowing Davis to reach base. After Denver Edick grounded out, Greenwood, a transfer from South Carolina, hit a three-run homer to right-center. Sigmon then followed with a single up the middle. He advanced to third base on a perfectly executed hit and run play, as Gary singled through the right side. Zollman then plated Sigmon with a single through the left side of the infield.

Clemson’s Kris Harvey retaliated in the bottom of the inning with a towering homerun to deep left center field to lead off the frame and cut the lead to 7-2. The shot was his seventh of the season.

The Tigers cut the lead to 7-5 after scoring three runs in the bottom of the seventh inning. Russell Triplett led off the inning and was hit by a pitch, his eighth of the year. Colvin followed with a walk. Sipp then doubled to left center field, plating Triplett and Colvin. After advancing to third base on Demmink’s grounder to the first baseman, Sipp scored on a balk by the Catamount pitcher.

Clemson’s ninth inning rally started with three straight singles. Sipp and Demmink both singled to left center field. Harvey followed with a single up the middle to score Sipp and set up McCann’s at bat.