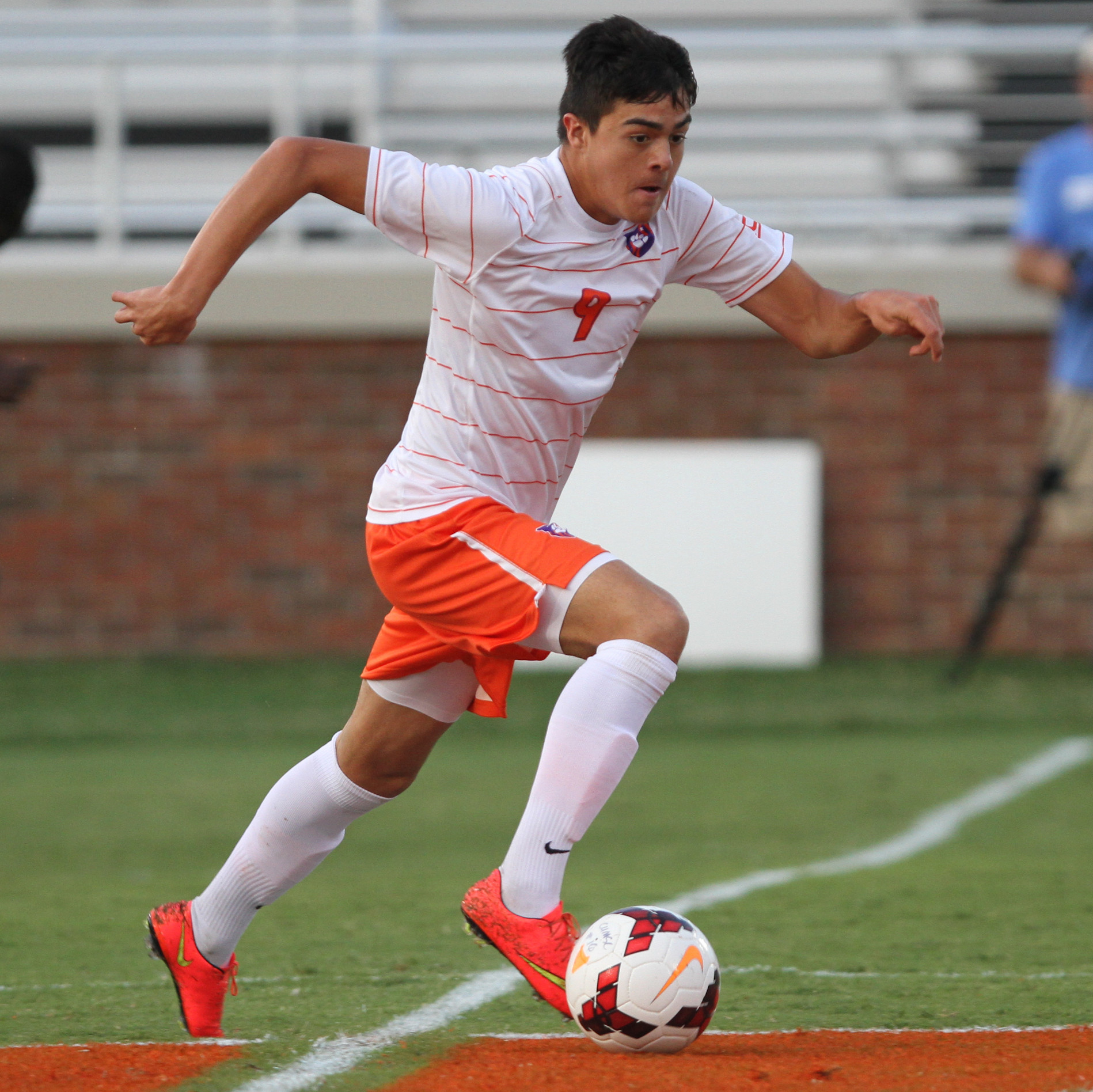 Two Clemson men’s soccer players are representing their respective countries on World Cup and Olympic qualifying rosters this spring. Sophomore defender Mauriq Hill is on Bermuda’s full national team, training for the 2018 World Cup, while freshman forward Diego Campos was invited to train with Costa Rica’s U-23 national team, which is preparing for the 2016 Olympic Games.

Hill and Bermuda’s national team are currently playing World Cup qualifying matches, attempting to advance to the 2018 FIFA World Cup to be played June 14-July 15 in Russia. The team defeated the Bahamas 5-0 on March 25 in Nassau and faces the Bahamas again on March 29 in North Shore Village, Bermuda.

“I enjoy playing with them (the national team),” Hill said. “We actually have a couple pros that have come down to play with us for a few matches. This is a really cool experience.”

Campos, who is just 18 years old, is the youngest player to be invited to Costa Rica’s U-23 national team camp. Campos, coming off a 2014 season in which he scored three goals and assisted on four more for the Tigers, is training with team and looking to secure a spot on the roster to represent his country at the 2016 Olympic Games on Aug. 5-21 in Rio de Janeiro, Brazil.